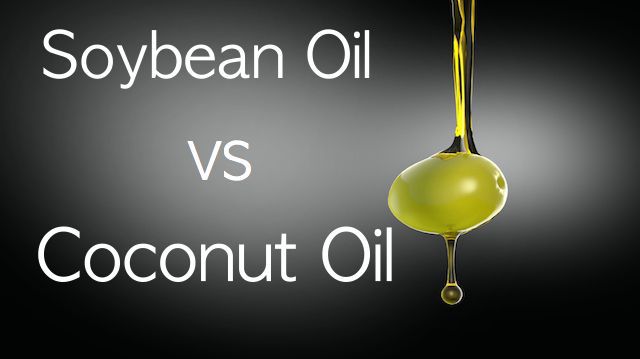 If you’re still eating processed foods — or using vegetable oil — you’re likely getting a considerable dose of soybean oil in your diet. In fact, up to 80 percent of the oil in the American diet is comprised of soy. So, what’s the problem?

Well, sadly, there are many. Soybean oil, and unfermented soybeans in general, have been linked to various detrimental effects. While truly organic soybeans (fermented by traditional methods such as those enjoyed in parts of Asia) are quite healthy, unfermented soy may cause significant harm.

On top of that, consuming soybean oil, especially on a regular basis, may be even more dangerous than eating unfermented soybeans on their own.

The dangers of unfermented soybeans

One danger of consuming large amounts of soybeans is the presence of phytoestrogens (including daidzein and genistein), which can mimic the hormone estrogen. On the subject, the authors of a 2014 study published in the journal German Medical Science wrote:

“Phytoestrogens are present in certain edible plants being most abundant in soy; they are structurally and functionally analogous to the estrogens…. soy is applied as animal fodder, so that residual phytoestrogens and their active metabolites such as equol can remain in meat and influence the hormonal balance of the consumers.”

“There have been only singular reports on modified gender-related behavior or feminization in humans in consequence of soy consumption. In animals, the intake of phytoestrogens was reported to impact fertility, sexual development and behavior. Feminizing effects in humans can be subtle and identifiable only statistically in large populations.”

When an overabundance of estrogen accumulates in the body, it can lead to a state of “estrogen dominance,” which may have some ill effects on both women and men. In women, estrogen dominance is linked to a potential for a higher risk of breast cancer, as well as to infertility, compromised sex drive, and uterine fibroids.

If estrogen levels in men climb too high, it may lead to a condition known as gynecomastia, in which male breast tissue swells, and other symptoms such as mood swings and erectile dysfunction may occur.

Soy consumption has also been linked to lowered sperm counts in men. A 2008 study published in the journal Human Reproduction surveyed 99 men, took note of their sperm counts, and asked about the amount of soy in their diets. On their results, the study authors wrote:

“There was an inverse association between soy food intake and sperm concentration that remained significant after accounting for age, abstinence time, body mass index, caffeine and alcohol intake and smoking. In the multivariate-adjusted analyses, men in the highest category of soy food intake had 41 million sperm/ml less than men who did not consume soy foods.”

Along with the phytoestrogen issue, unfermented soy contains certain compounds that can be classified as “anti-nutrients.” This is because these compounds interfere with the body’s ability to absorb certain vital nutrients. One of these, phytic acid, has been found to disrupt the body’s absorption of copper, calcium, iron, zinc, and magnesium.

Another class of these anti-nutrients is known as trypsin inhibitors, which tamper with the digestion of proteins. Unfermented soy also contains goitrogens, which can dampen thyroid function — potentially leading to a host of serious health issues.

The processing that soy undergoes (soybean oil included) can lead to the presence of aluminum, a known neurotoxin that can interfere with the function of the kidneys, and monosodium glutamate (MSG), which can also be toxic to neural systems.

Furthermore, over 90 percent of the soybeans grown in the United States are genetically modified. This is worrying, because the long-term effects of eating genetically modified foods are still unknown. What we do know is that in many cases, genetic modification leads to the use of more and more pesticides , which may end up in your body.

With soybean oil, the dangers multiply

To make soybean oil, food manufacturers put unfermented soybeans through a series of processing methods. To extract the oil, solvents such as commercial hexane are also used. The oil is then often refined and hydrogenated. The process of hydrogenation leads to the development of harmful trans fats — which have absolutely no place in a healthy diet.

In 2014, the authors of a paper presented at the 96th annual meeting of the Endocrine Society wrote:

“Excessive weight gain is a driver of metabolic syndrome, which includes diabetes, insulin resistance (IR), hypertension and fatty liver disease. One factor that is not well studied but correlates with the obesity epidemic in the U.S. is a 1000% increase in the consumption of soybean oil.”

Also, if you ever see a soybean oil labeled as “organic,” beware. Some organic soy farms have been found to be fraudulently using genetically modified soybeans, and marketing them as “organic.” All the more reason to know your source. However, as far as soybean oil goes, it’s really best to skip it — for so many reasons.

As the authors of a new study wrote, “Soybean oil accounts for >90% of all the seed oil production in the U.S. and its increased consumption parallels that of the obesity epidemic.”

For their study, mice were fed a diet of either 40 percent soybean oil, 40 percent of the new soybean oil, modified to be lower in linolenic acid content, or 40 percent coconut oil — which is composed primarily of saturated fats. A control group of mice was fed a low-fat diet, for comparison. The state of health and weight gain of the mice were analyzed for six months.

When results were collected, the researchers found that initially the new genetic modification of the soybean oil had better metabolic consequences than the conventional soybean oil. However, after six months, they fared about the same. 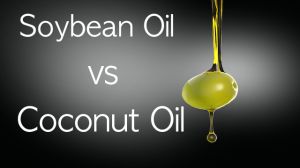 The researchers wrote the following:

“To determine whether linoleic acid was responsible for the metabolic effects of soybean oil, we designed a parallel diet in which the regular soybean oil was replaced, on a per gram basis, with genetically modified high oleic acid soybean oil. Surprisingly, this diet induced weight gain and fatty liver essentially identical to that of a linoleic acid (rich) high-fat diet.”

Coconut oil, on the other hand, was found to be far healthier. The mice fed 40 percent coconut oil displayed less weight gain, lower levels of glucose intolerance, and less instance of fatty liver than the mice fed either type of soybean oil. Surprised? Neither were we.

According to Dr. Frances M. Sladek, one of the researchers involved in the study, “Compared with conventional soybean oil, the genetically modified soybean oil did appear to be a bit healthier. But both soybean oils appeared to be worse than coconut oil.”

Many reasons to choose coconut oil instead

We’ve said it before and we’ll say it again: One of the healthiest dietary choices you can make is to replace all of the cooking oils in your home with organic, extra-virgin coconut oil. This remarkable oil has been found to be nourishing to the body — both inside and out.

Just a few of its benefits include improving skin health, providing a healthy source of sustainable energy, boosting metabolism, and actually encouraging weight loss, even in dangerous stores of belly fat.

Now, just in case you’re worried that coconut oil will lead to weight gain, since it is comprised of mainly saturated fat — fear not! A body of recent research has found no correlation between saturated fats and heart disease. In fact, saturated fats from whole food sources such as coconut oil — as long as they are not processed and hydrogenated — can actually help support the health of all of the body’s systems.

Soybean oil? No, thanks. We’ll take the coconut instead. Click here to discover 9 more reasons to eat coconut oil!