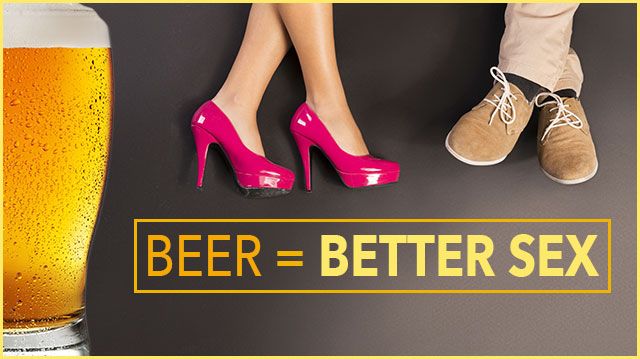 Beer is often associated with beer goggles and spare tires around the waist. While it can certainly be detrimental in excess, beer, in moderation, may have its benefits. It turns out that beer might actually boost your between-the-sheets performance.

According to sexologist Dr. Kat Van Kirk, beer has a place in the bedroom, and your hops may serve up a few favorable sexual results. Kirk is a licensed marriage and family therapist who obtained her board certification through the American College of Sexology. Yes, as her website notes, “You can actually go to school and study sex.”

Kirk compiled five sexual benefits a brew or two may have when it’s time for you to perform. Let’s take a look at these performance-enhancing components of beer.

Beer may keep you in the game longer. Kirk notes that the phytoestrogens in beer may increase your performance time. For men, this may be good news, and of course, it’s great news for their partners. Sierra Nevada beer was recommended in a Fox News report in which Kirk was featured.

There is a beer viagra. Fifty Shades of Green from Scottish brewery Innis & Gunn is loaded with all the right sex-enhancing ingredients you may need to get in the mood. This beer includes ginseng, damiana, and ginkgo biloba, all of which have been linked to enhancing sexual performance.

The darker the beer, the more sexual the mood. According to reports, the iron in darker brews may increase your circulation and raise red blood cell levels in the body. These are two essential factors in achieving an erection more easily.

It may increase stamina between the sheets. A pint a day may be associated with a 31 percent decrease in your risk for developing heart disease, according to a study published in the European Journal of Epidemiology (2011). This could be due to enhanced circulation.

Guinness may provide overall health for better sexual performance. Guinness is loaded with vitamins and minerals, including vitamin B and essential probiotics, according to Kirk. Having great overall health and wellness will allow you to perform better without any embarrassing complications. 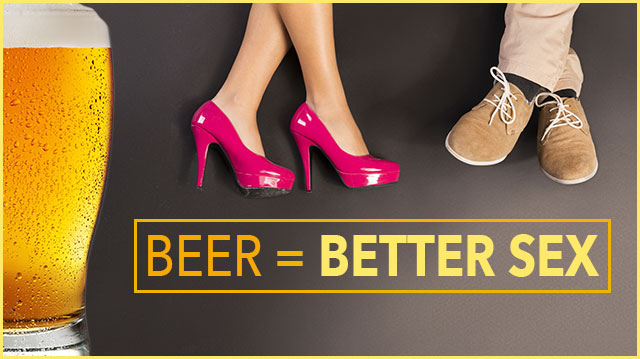 In addition to beer’s possible sex-enhancing properties, it may be useful for a wide variety of other health issues. However, its health benefits are often overlooked due to its potential for abuse. Granted, the benefits of beer may not apply to heavy drinkers, but it’s worth examining one of the world’s oldest drinks.

Researchers have battled over the health benefits of alcohol consumption, and some have actually found moderate consumption to have some health and wellness positives. Research published in Integrative & Comparative Biology (2004), conducted by Dr. Arthur Klatsky, a senior consultant in cardiology at Kaiser Permanente Medical Center in Oakland, California, discusses the possible decrease in coronary heart disease among light drinkers.

Another study, published in Molecular Nutrition and Food Research (2009), which was conducted at the Laboratory of Eukaryotic Gene Expression and Signal Transduction (LEGEST), Department of Physiology, Ghent University, Belgium, discusses beer’s anti-inflammatory benefits. The study found that hops, a principal ingredient in beer, have inflammation-fighting benefits. The study also noted that beer “is also applied in traditional folk medicine for sedative and antibacterial purposes.”

Tell us, in your experience, does beer enhance sexual performance?