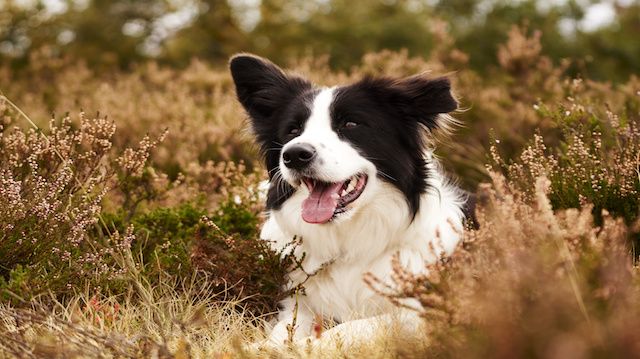 At Traverse City, Michigan’s Cherry Capital Airport, a border collie named Piper is charged with keeping the runways wildlife-free. He spends his day chasing birds off the runway at the direction of his owner and handler, Brian Edwards, an airport operation supervisor. When Piper is working, he wears boots and a ski mask, along with earmuffs to drown out the noise of the aircraft. When the pair is off duty, they are still training. They have won 5k obstacle races together, according to the airport’s website.

While Piper is called on to chase off birds and other wildlife reported on the runways, much of his work is proactive. He checks the airport’s perimeter fencing for any holes that allow animals to enter. Even though mice and other rodents aren’t going to down a plane, they attract larger, predatory birds that can cause problems. At Cherry Capital Airport, snowy owls looking for a mouse snack are among the biggest avian threats to planes. The snowy owls that have already encountered Piper aren’t stupid. They see him arriving in Edwards’ red SUV and fly off before the dog leaves the vehicle.

Bird strike, also known as wildlife strike, happens when a flock or individual bird hits an aircraft. While the majority of wildlife strikes involve birds, white-tailed deer are the most commonly struck non-avian species. The birds most often involved with strikes include gulls, ducks and geese. 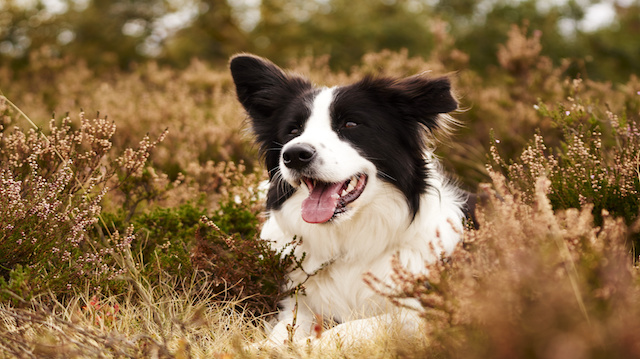 The initial runway dog program was developed in 1998 by zoologist Dr. Nicholas Carter, a director of the Melrose, Florida-based Border Collie Rescue. The first runway dog trained by Carter began working in Fort Myers, Florida, at Southwest Florida International Airport. The dog was so effective at getting rid of birds that he began trying to round up alligators. That wasn’t a wise idea, and the dog had to leave the job temporarily for training in “alligator avoidance.” However, during the time that he was gone, the number of birds on the runway rose to the previous levels. Bird levels at Dover Air Force Base in Dover, Delaware dropped by 99 percent — from an estimated 150,000 to virtually none — after a runway dog program was instituted. MacDill Air Force Base in Tampa, Florida is among a number of military bases employing border collies to keep its runways safe.

These herding dogs are ideal for the task, because while these workaholic canines will obsessively round up and chase off birds, they will not attack them. When a runway dog program starts, birds will fly away from the dog but usually head to the nearest waterway, waiting until the predator leaves. A border collie will go into the water after the birds, so the flock must leave the area.

The super-smart, easily trained border collie is the breed of choice for runway wildlife control work. These dogs are bred to work, and possess boundless energy. Due to their intelligence and enthusiasm, if border collies don’t have a suitable outlet, destructive tendencies will likely arise. That’s one reason many border collies end up at shelters. Channel all that drive into a job, and the border collie is the best canine partner a person can have.