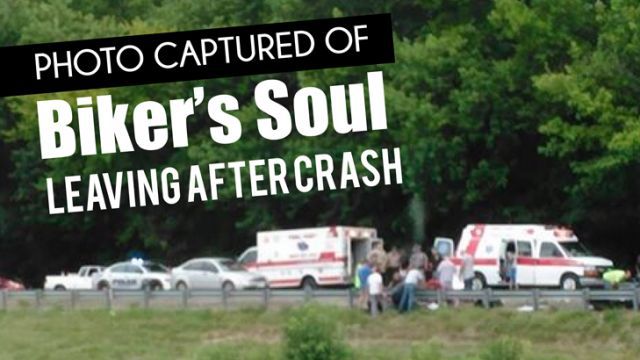 After coming across an accident, truck driver Saul Vazquez decided to snap a picture from the cab of his truck. What he captured appears to be the ghostly image of the crash victim floating away.

Many of us would like to think there is more to this life than meets the eye. So, when I came across this picture of what appears to be a ghostly image or soul leaving the body of an accident victim, I was curious to say the least. 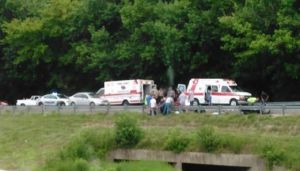 While passing a road accident in Powell County, Ky., Saul Vazquez decided to take a photo of the accident. After discovering an image of a ghostly apparition floating above the scene, he decided to post it on Facebook.

“I took this picture just few minutes ago from the cab of my truck. It was an accident between Campton and Stanton on the service road just off of the mountain parkway,” posted Vasquez.

“Zoom in and pay attention to the shadow just off the top of the state trooper hat. All I say is I hope everyone involved is okay!!”

Vazquez told the Mirror the photo was not altered in any way. After sharing it on Facebook one person wrote, “I think there’s a person that passed away looking down on his own body.” Another said, “Thank you for posting. Life after death continues and we better prepare to see the unseen… to see our creator.”

The motorcyclist, thought to have been the only person involved in the accident, was taken to hospital in a serious condition, where he later died according to the Mirror.

Is this the spirit of a critically injured man captured in flight? Tell us what you think.