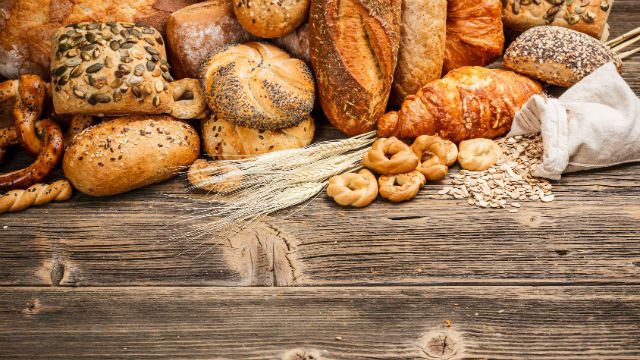 In a recent announcement, Panera Bread, a popular restaurant chain with stores throughout the United States and Canada, has stated that it will be removing all artificial additives from its foods by the close of 2016.

While this does not mean that eating at Panera is inherently healthy, it is a huge step in the right direction, which reflects a growing trend of more and more people choosing natural over factory-made, chemical ingredients.

Panera representatives specified that the ingredients that will be done away with include artificial colors and flavors, preservatives, sweeteners and high fructose corn syrup. The 1,800-chain restaurant hopes to appeal to health conscious customers with this decision. A decade ago, Panera Bread was one of the first chains to only sell chicken raised without the use of antibiotics.

Scott Davis, Panera’s chief concept officer, states: “We believe simpler is better. Panera is on a mission to help fix a broken food system. We have a long journey ahead, but we’re working closely with the nutrition community, industry experts, farmers, suppliers and others to make a difference. We’re pleased to publicly share our framework and intend to share progress over time.”

America’s food system is indeed broken. With obesity, type 2 diabetes, cancers and other illnesses on the rise, and increasing consumer knowledge of the role that fast foods and food additives play in the development of these conditions, the slow public shift away from supporting the use of food additives is extremely encouraging. Getting these ingredients out of our food would be a huge step in preventing a host of chronic conditions.

To very briefly summarize, a few dangers of common additives (currently used by Panera and most other fast food chains, even those advertised as ‘healthy’) include:

Monosodium glutamate (MSG): MSG has been found to be a neurotoxin, and a highly addictive one at that. It is linked to a wide range of health issues, including (but not at all limited to) obesity, eye damage, headaches, depression, fatigue and cancers. This additive hides under a variety of names, including yeast extract, autolyzed yeast extract, glutamic acid, and even under the blanket term ‘natural flavors.’

High fructose corn syrup: This type of sugar, often derived from GMO corn, is frequently used in sodas and other sweetened beverages, as well as many other processed items. Unlike sugar (which is bad enough for your health as it is), it has an unbalanced fructose-glucose ratio, and has been linked to fatty liver disease, obesity and type 2 diabetes. It has also been found to slow down the body’s secretion of leptin, the hormone that tells the brain that you are full, making it an addictive substance.

Carrageenan: This thickening agent is found in many processed products, and even in some organics, as it is derived from red seaweed. In its processed form, however, carrageenan has been linked to digestive disturbances and gut inflammation.

On top of these, many fast food and processed products contain a wide array of hard-to-pronounce preservatives, emulsifiers and artificial flavorings. These are often synthesized from harsh chemicals with nothing natural in the mix, and also frequently double as ingredients in industrial applications, including the manufacture of rubbers and plastics.

Vani Hari, also known as the Food Babe, investigated Panera Bread’s ingredients in 2012, and reported on the plethora of additives used.

On the company’s recent decision to ditch the additives, she told CNBC in an email: “Panera’s announcement is another example that consumer awareness and action is changing the food industry… I appreciate Panera’s commitment to remove artificial ingredients and hope other major restaurant chains take notice to do the same.”

Restaurant goers beware: even though Panera will not be using artificial additives in the future, their breads and baked goods will still be rife with white flour and sugar, both of which contribute to obesity, inflammation and diabetes. Still, the change is one positive step.

Ron Shaich, the founder and CEO of Panera Bread, states: “I want to serve food that I want to eat.” Definitely a refreshing mindset that we hope will catch on.