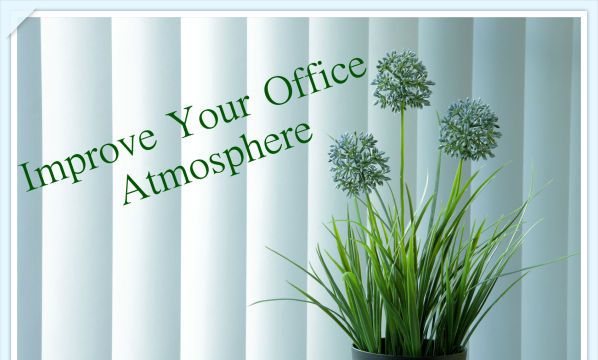 It may seem like such a simple thing, but new research has revealed that offices with plants can make staff happier and more productive, as compared to offices without greenery.

While the study, involving the University of Exeter, the University of Groningen in the Netherlands, and the University of Queensland in Australia, is said to be the first of its kind, there has been similar research conducted by NASA. However, NASA’s focus was on spending time isolated indoors for long periods, such as inside of a space shuttle. It didn’t consider an office environment and how plants might affect productivity.

This latest study, as lead researcher Marlon Nieuwenhuis from Cardiff University’s School of Psychology remarks, “suggests that investing in landscaping the office with plants will pay off through an increase in office workers’ quality of life and productivity.”

By examining the impact of green offices on employees’ perceptions of air quality, concentration, and workplace satisfaction, and monitoring productivity levels over subsequent months in two large commercial offices in the UK and The Netherlands, they found that enriching an office environment with plants could increase productivity by 15 percent.

Nieuwenhuis also notes, “although previous laboratory research pointed in this direction, our research is, to our knowledge, the first to examine this in real offices, showing benefits over the long term. It directly challenges the widely accepted business philosophy that a lean office with clean desks is more productive.”

The research revealed that plants in the office “significantly increased workplace satisfaction, self-reported levels of concentration, and perceived air quality.”

Not coincidentally, in a 1989 study, entitled “Foliage Plants for Removing Indoor Air Pollutants from Energy-Efficient Homes,” conducted by NASA in association with the Associated Landscape Contractors of America (ALCA), researchers revealed that plants can remove up to 87 of toxins in the air every 24 hours, including formaldehyde, which is present in vinyl, cigarette smoke and grocery bags, as well as benzene and trichloroethylene, both found in solvents and paints as well as inks and man-made fibers.

Volatile organic compounds such as these, if allowed to remain, can stick around for years, gradually wearing away at occupants’ immune systems with their toxicity. Earlier studies, including one commissioned by the Dutch Product Board for Horticulture, found that adding plants to office settings decreases fatigue, colds, headaches, coughs, sore throats and flu-like symptoms. Research from the Agricultural University of Norway discovered that sickness rates fell by more than 60 percent in offices with plants.

Could it be that decreased exposure to harmful toxins may be at least one factor in the positive results?

The analysis into the reasons why plants are so beneficial, according to the study authors, may be that a green office helps to make workers more physically, cognitively and emotionally involved in their work.

Kenneth Freeman, Head of Innovation at the interior landscaping company Ambius, who was involved in the study, said: “We know from previous studies that plants can lower physiological stress, increase attention span and improve well-being. But this is the first long term experiment carried out in a real-life situation which shows that bringing plants into offices can improve well-being and make people feel happier at work.”

No matter what the reason behind it, bringing plants into your office could be a simple and inexpensive way to improve your working environment.