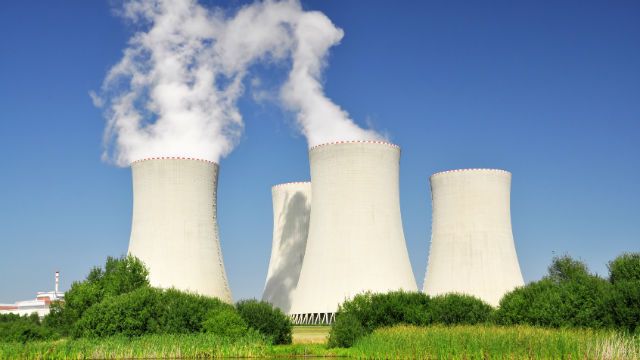 While it hasn’t been widely publicized, there are growing concerns over a possible “Fukushima-like nuclear meltdown event” in the U.S., particularly in the Miami, Florida area at the Turkey Point facility located about 41 miles south near Homestead.

GreenMedInfo.com notes that “nuclear disaster is inevitable in the Miami area, based on a July 23rd NPR report that revealed the facility was “found to be (literally) in hot water over its cooling system,” causing federal regulators to be so concerned that they increased the nuclear plant’s cooling system allowable temperature to exceed the 100 degree limit for ten days, as much as 103 degrees if necessary.

It’s come close to 100 degrees, which they say should mandate an immediate shutdown, but rather than taking this important precaution, they just increased the legal limit. Their actions caused significant concern throughout environmental groups in nearby Biscayne National Park.

The NPR story highlights the fact that the facility’s canal-based cooling system has been in place for more than 40 years – and, that the technology is like “something out of the dark ages.”

Sayer Ji, GreenMedInfo founder and the author of the article, “Is Miami on the Brink of Nuclear Disaster,” asks, “What happens if that system fails as it appears to be doing now?

Ji writes that he believes there may be a core infrastructure failure occurring and points to a 2011 report that revealed serious infrastructure issues which make it an extreme risk for a radiation leakage event, or much worse.

Just a little over a week ago, on August 21, 2014 a radiation monitor showed readings that reportedly fluctuated wildly between 30 and 100, indicating that an investigation is a must – and, with rising levels of radiation measured as far away as Del Ray Beach, 80 miles from the facility, everyone in between, including the entire Miami area, could potentially be affected.

Surprisingly, this is not something that is highly publicized, though Ji points out that we’ve also heard very little about Fukushima lately and that we can expect similar silence on this reactor and all of the others that should have been decommissioned long ago.

The Huffington Post published an article just this past May that featured the Turkey Point facility as an “inevitable victim of sea level rise,” making the plant seemingly destined for disaster.

That’s a scary thought, making it important to spread awareness about this serious issue and hope that something will be done before it’s too late.