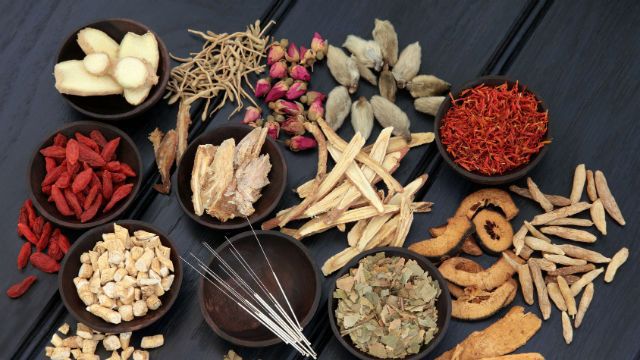 Many women turn to hormone therapy (HT) to battle the frustrating symptoms of menopause, such as hot flashes, insomnia and irritability. HT is said to be the most highly effective treatment for hot flashes, but unfortunately it also comes with side effects and an increased risk of serious complications.

One study found that an increased risk for heart disease and stroke develops within the first year of hormone therapy, and that women who stay on it for longer periods continue to have a greater risk for both conditions.

Study participants who used a combination of estrogen and progestin as part of hormone therapy developed a significant increase in the risk of invasive breast cancer and death from breast cancer as well as lung cancer, gallbladder disease, dementia and urinary incontinence.

Due to these risks, the National Women’s Health Network recommends seeking alternative ways to cope with change of life symptoms. While some women may turn to antidepressants, these medications also come with serious side effects, some much greater than even the most annoying menopause symptoms, such as an increased risk of suicide.

Your best bet for combating symptoms is to look for natural alternatives.

Research, such as a 2012 Baylor University study, has shown that hypnosis can help relieve not only hot flashes, but many other symptoms associated with menopause. Researchers claimed that women who received this therapy experienced an 80 percent reduction in symptoms, in addition to improving their quality of life and reducing anxiety and depression.

There are a number of herbs that may help, although as everyone is different, some seem to work for certain women and aren’t effective for others. Black cohosh is one of the most well-known and best-studied herbs for treating menopause symptoms, which is thought to work by supporting and maintaining hormonal levels. Many women report that it works well, but there have not been any studies to confirm this. Some believe that its effectiveness may be more of a placebo effect.

The maca plant, which grows high in the Peruvian mountains, has been used for hundreds of years by the indigenous people. Many women who live in the region and consume it regularly are said to experience very few symptoms of menopause.

Maca is known to help balance hormones and increase energy levels in addition to alleviating change of life symptoms. While studies have found limited evidence of its effectiveness, many women swear that it really works.

At least one study has shown that acupuncture is helpful for relieving hot flashes and other symptoms, including urinary tract infections, vaginal dryness and mood swings.

Eating more plant foods that contain phytoestrogens including nuts and legumes may also help. While there is some research on soy products, as most soy is GMO, it may be best to avoid those foods.

While it may seem obvious, studies have also shown that exposure to cold can help relieve hot flashes, including drinking cold liquids and maintaining a cool environment.

During the day, dressing in layers so that they can be removed if a hot flash begins, and at night, sleeping in the nude or wearing clothing that allows the skin to breathe can help dissipate the heat.

In many cases, a natural alternative can be far more effective without bringing on a host of unwanted side effects.