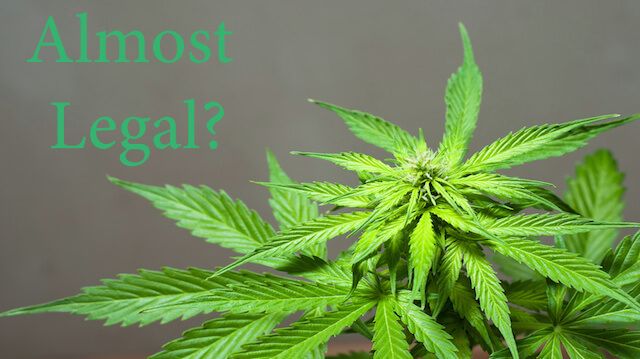 Bills for decriminalizing marijuana have been introduced
It is not for lack of trying on the part of some congress members, but getting the passage of new legislature, especially one steeped in controversy, is never a quick process.

Take for example the Regulate Marijuana Like Alcohol Act that was introduced by Representative Jared Polis from Colorado. The bill was introduced on February 20, 2015, and was assigned to a congressional committee for consideration. If passed the bill would “decriminalize marijuana at the Federal level, to leave to the States a power to regulate marijuana that is similar to the power they have to regulate alcohol, and for other purposes.” According to the GovTrack.us website, the bill has a one percent chance of being enacted.

Without federal legalization, the federal government could take action at any time
“While President Obama and the Justice Department have allowed the will of voters in states like Colorado and 22 other jurisdictions to move forward, small business owners, medical marijuana patients, and others who follow state laws still live with the fear that a new administration — or this one — could reverse course and turn them into criminals,” said Representative Polis in a statement. “It is time for us to replace the failed prohibition with a regulatory system that works and let states and municipalities decide for themselves if they want, or don’t want, to have legal marijuana within their borders.”

“Despite the compelling case for legalization, and progress toward legalization at the state level, ultimate success is not assured,” wrote Harvard economist Jeff Miron, a vocal supporter of marijuana policy reform. “Federal law still prohibits marijuana, and existing jurisprudence (Gonzales v. Raich 2005) holds that federal law trumps state law when it comes to marijuana prohibition. So far, the federal government has mostly taken a hands-off approach to state medicalizations and legalizations, but in January 2017, the country will have a new president. That person could order the attorney general to enforce federal prohibition regardless of state law.”

Some of the toughest senators are now talking about the need for cannabis research
Specifically, Senator Chuck Grassley, Senator Orrin Hatch, and Senator Dianne Feinstein have all let their voices be heard in favor of more clinical research regarding medical uses of the marijuana plant compound called cannabidiol or CBD. CBD has shown promise in the treatment of many conditions, such as diabetes, cancer, alcoholism, chronic pain, and some forms of intractable epilepsy.

Senators Hatch and Feinstein both vocalized their belief that CBD has potential benefits that parents of sick children are unable to access because of current drug laws. However, they went to great lengths to let it be known they don’t condone the use of recreational marijuana.

“I have deep concern that [pot] does more harm than anything else,” said Senator Feinstein in an interview. “But in terms of the medical aspects of it, it’s a totally different picture. It’s like any other plant. I’m sure there are other plants that if you ate you’d hallucinate or something. But if you can get the beneficial parts out, get them researched, be able to standardize it, regulate it, you may have something very good.” 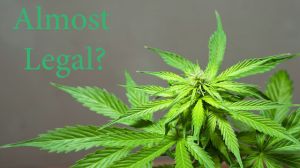 Progress has definitely been made in getting medicinal benefits of marijuana recognized
“I understand the desire for caution. We’re Congress. We act slowly,” said Senator Hatch, the Senate’s longest-serving Republican and the current chairman of the Finance Committee. “But we must remember that these are people’s lives we’re dealing with. These are people for whom a five- or ten-year delay is not an inconvenience, but a potential death sentence.”

Senator Feinstein said her goal was “to get this process expanded, and get it legitimized and get it regulated. And I think those are the things we have to do and do as quickly as we can.”

Making inroads to assisting with research efforts
A big sticking point for cannabis research has been the difficulty in obtaining marijuana to study. Because of the legal aspects, researchers have to undergo a rigorous Food and Drug Administration and Drug Enforcement Administration process for approval before getting marijuana from the single authorized U.S. supplier.

Thankfully, the Democratic administration took two actions in June of this year that can greatly assist the medical-research movement:
· The U.S. Department of Health and Human Services (HHS) scrapped a “duplicative 16-year old paperwork review” required of private researchers wishing to do studies on marijuana.
· Both the HHS and the Justice Department took steps to consider if CBD should be classified separately from the entire marijuana plant and on a less restrictive level.

If you or someone you love suffers from a medical condition that could find relief from medical marijuana use, take heart that progress on federal legalization does seem to be in the works.