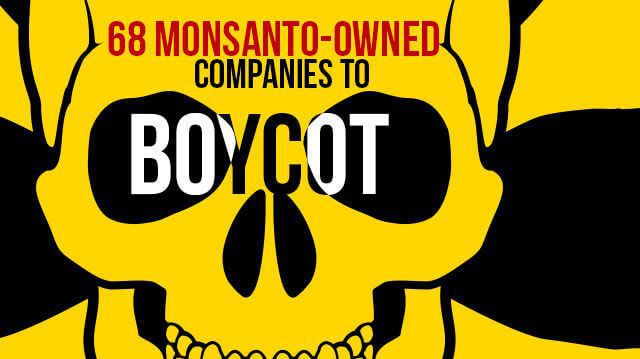 The controversy surrounding genetically modified organisms (GMOs) has been raging since their introduction in the mid-1990s. The many scientists, organizations, governments and members of the public who are against GMOs have expressed concerns about the safety of the foods themselves, as well as the agricultural practices they are proliferating.

On the other hand, corporate agricultural forces and food manufacturers have promoted GMOs, touting them as the solution to the world’s food shortage problem and an important foundation for the future of humankind.

Monsanto Company Inc. is a well-known, American-owned, multinational agrochemical and agricultural biotechnology corporation. It has been a leading force behind the widespread use of genetically modified seeds, the production of GM food products, and the development and application of associated chemicals.

Specifically, Monsanto’s infamous contribution has been Roundup, a glyphosate-based herbicide that is promoted as safe and harmless to humans, but is believed by a multitude of experts to be quite the opposite. While the company’s GMO seeds are advertised as requiring a reduced use of pesticides, this has been exposed as a false claim. The company also previously produced such evils as the insecticide DDT, PCBs, Agent Orange, aspartame and bovine growth hormone.

All of these chemicals are considered by many to be a threat to global ecosystems, water safety and biodiversity. The residues of Roundup, which remain in genetically modified foods, are believed to cause many dangerous effects to human health, including the death of embryonic cells and extreme damage to the intestinal microbiome.

These foods are ubiquitous, with soy, maize, corn, sorghum, canola, alfalfa and cotton being largely contaminated with Roundup. In a world of modern processed foods, a surprising majority of ingredient lists contain at least one of these items. Many forward-thinking companies and restaurants are now excluding GMOs from their product offerings.

Even more upsetting is that the processed foods containing GMOs are often targeted toward children. Check out this link for a video of Daniel Bissonnette, a nine-year-old Canadian boy who asks why children in particular are subjected to the most toxic food by our society.

Here is the list of companies and brands that are either owned by Monsanto, or are known to use genetically modified seeds sold by Monsanto: 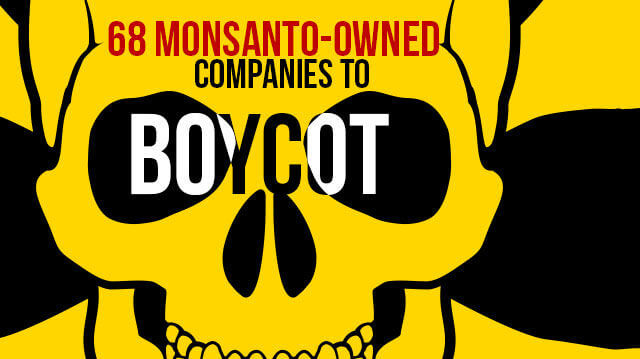 So what is a concerned consumer to do? We recommend getting on the organic train, and staying there. Certified USDA organic products do not contain GMOs and are therefore safe for consumption. However, certain processed organic foods may still be owned by Monsanto. That’s why it’s even more important to buy local, seasonal organic produce and free-range, pastured animal products from small brands that you know and trust. Anything that comes in a box, bag, can or package is better left alone.

If you do choose to buy packaged foods, try using an app such as Buycott, which is able to determine the “family tree” of a company and let you know if it is associated with Monsanto. Then you can pop that product back on the shelf and choose a different one. Boycotting these companies and brands will strengthen the force against the dangerous agricultural practices they are promoting.

We encourage you to join the movement against Monsanto and say “NO!” to everything it represents by boycotting these products. Learn more about anti-GMO efforts here.