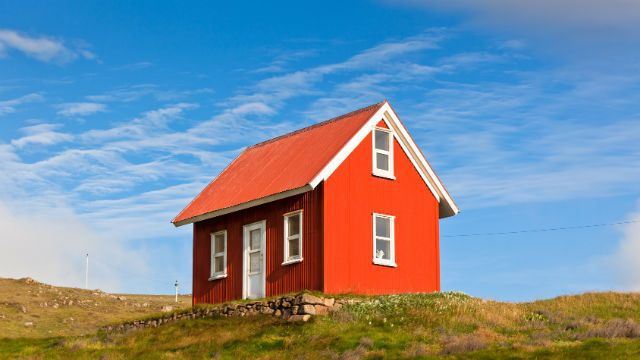 The notion that bigger is better may ring true in some areas of life, but more and more Americans are finding that when it comes to housing, the notion of living large isn’t all it’s cracked up to be.

People opt to own large homes for many reasons. For some, it’s the investment factor. Many theorize that they will get more bang for their buck by buying a larger home now to store all the “stuff” they’re planning to accumulate over the years.

For others, it’s the bragging rights or the “keeping up with the Jones’s” appeal of owning the largest home on the block. And some people simply want to offer their children the luxury of space that they didn’t have. The generation of kids who grew up in the 1950’s and 60’s know the hardships of sharing a bathroom with 5 people.

But as homes have gotten larger and larger, many people are finding that smaller spaces have much more to offer than four walls and a roof. The “Small House Movement” evolved out of the housing crisis and recession of the late 2000’s.

Some choose to downsize for financial reasons, some for environmental and some because keeping up with the Jones’s didn’t turn out to be as fulfilling as they had imagined. But for whatever reason, those who turn to small-space living can enjoy numerous benefits, all of which result in improved mental well-being.

What do you do when you have more rooms to fill? You fill them. Often, this need to fill every nook and cranny with an accent piece or end table can cause stress and anxiety as well as feelings of inadequacy with all of your newly purchased material goods.

A recently purchased piece is swallowed and overshadowed in a larger room, whereas in a small space your newest lamp adds a warm glow. The enjoyment you’ll get from a new piece means you won’t be so tempted to buy more next week.

From an environmental aspect, smaller homes consume far fewer resources than larger homes. Keeping water and energy bills low not only reduces added stress at the end of each month’s billing cycle, but also allows many people to live a greener lifestyle. The contribution to the environment often improves their sense of well-being and can encourage greener choices in other areas of life.

If you can’t devote an entire room to office space or a kiddie play area, you’ll have to get a bit more creative. Taking part in DIY projects boosts creativity and imagination, and also provides a sense of satisfaction and accomplishment. Adding vertical shelving or converting a lonely corner into a private office nook adds a more personal touch to your confined quarters.

Those without the space for a home gym or game room will have to turn to the great outdoors for entertainment. With no room for a Wii, Playstation or private treadmill, a walk in the park or bike ride is the go-to option when boredom strikes. Research has found that those who have access to more outdoor greenspace, such as parks and other outdoor venues, enjoy greater overall health than those who remain cooped up.

How often does an entire family arrive home at the same time only to disappear into their own areas of the house? Too often, unfortunately. A smaller home means family members will have to learn to accommodate each other and adapt to each other’s needs. Rather than drive families apart, learning to live with each other can often instill a greater family bond.

Forget the Jones’s and enjoy your space

For those who have spent years trying to outdo their neighbors, the smaller home can take the pressure off of maintaining the largest domicile on the block. A large home consumes numerous resources, and requires plenty of maintenance and upkeep that often leads to unnecessary stress. So, let the Jones’s have their castle and enjoy the perks of living small.