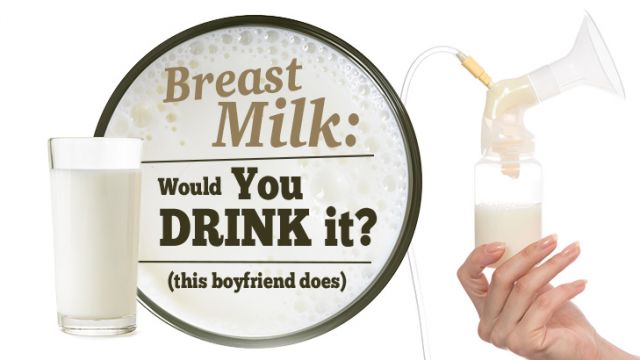 There is absolutely no disputing that breast milk is the best food possible to help your baby grow and develop. It’s custom-made by mom for her own baby and contains the perfect amount of protein, carbohydrate, fat, vitamins and minerals. In fact, breast milk is so loaded with healthy nutrients that some adults are actually supplementing their own diets with it. But, is drinking breast milk really a healthy alternative for adults — or simply a fetish?

For health or fetish

When Jennifer Mulford of Atlanta publicly announced that she quit her job to breastfeed her 36-year-old bodybuilder boyfriend, her comments sparked debate and outrage. Some say to each his or her own; others say the couple is “sexualizing” the natural act of breastfeeding.

Mulford told the Sun that she wanted to start an “adult breastfeeding relationship” with her partner Brad Leeson after reading about the bond breastfeeding could create between two people. Mulford was so committed to the idea that she took time off from her job as a bartender to induce lactation by dry-feeding Leeson and pumping her breasts every two hours, as if she was feeding her own baby.

If Mulford’s boyfriend goes out for the evening she uses a pump or her hand to imitate a feeding. The couple  even sets an alarm so she can feed him during the night.

The health benefits of breastfeeding your baby

When it comes to breastfeeding your baby, the health benefits are undeniable. Breast milk contains:

A study conducted by the UPV/EHU and published in Science Daily suggests that breast milk helps protect infants from exposure to airborne environmental pollutants, such as from high levels of vehicle traffic. According to study results, the harmful effects of pollution, particulate matter and nitrogen dioxide, actually disappeared in breastfed babies during the first four months of life.

Science also links breast milk to a higher IQ. A long-term study, conducted by the Federal University of Pelotas in Brazil, collected information on breastfeeding from babies born in Brazil in 1982. The study interviewed 5,914 new mothers and then followed 68 percent of their infants into adulthood to age 30.

The study concluded that breastfeeding positively contributed to education, school achievement and improved performance in intelligence tests 30 years later and even resulted in higher monthly incomes.

There’s no science, however, to suggest that breast milk offers the same nutritional benefits to adults. But that doesn’t stop some people from believing that drinking mother’s milk improves athletic performance or can cure life-threatening and chronic diseases such as cancer and even erectile dysfunction, reports Newsweek. Beyond nutritional benefits there is another group of people, mostly men, who drink breast milk purchased on the black market to fulfill a fetishistic need. Black-market breast milk is a booming business, with sites such as Only The Breast connecting lactating women with buyers.

But before you rush out to place your order consider this: Some women who sell their milk on the black market may not be concerned with quality control. They may not have sufficiently sanitized before pumping or made sure their milk was refrigerated during transport. Like any product, milk can become contaminated with bacteria, causing food-borne illness.

Additionally, black-market breast milk may contain other pathogens that cause serious infectious diseases, such as hepatitis and syphilis. Since some diseases do not have symptoms, a woman may not even be aware that she is infected when she sells her milk.

Barring a fetishistic need, those who want to reap the benefits from breast milk without actually drinking it may want to consider supplementation, such as bovine colostrum. Colostrum is a milky fluid that comes from the breasts of humans, cows, and other mammals the first few days after giving birth, prior to actual milk appearing.

Colostrum contains proteins, carbohydrates, fats, vitamins and  minerals that fight bacteria and viruses. In fact, the antibodies in colostrums can be 100 times higher than levels found in regular cow’s milk, according to WebMD.

I’m leaning towards fetish for Mulford and Leeson…

One online commenter wrote, “To each his own, but personally I find this disgusting.” I have to agree. Breastfeeding is a sacred bond between mother and child. And while breast milk has many nutritional benefits, the jury’s still out on whether the nutritional benefits are effective for full-grown babies, i.e. adults.

Mulford says she is proud of her breastfeeding relationship but doesn’t want to feed her boyfriend in public because it’s “very private.” Yet she seems to have no qualms about exposing the relationship via social media and even posted photographs of Leeson suckling.

Mulford herself admits that she started searching for men who were open to the idea of adult breastfeeding by placing ads and messages on dating sites, forums and Craigslist. So you have to wonder, is this really about building closeness and Leeson’s diet or is simply about supporting her own fetish?