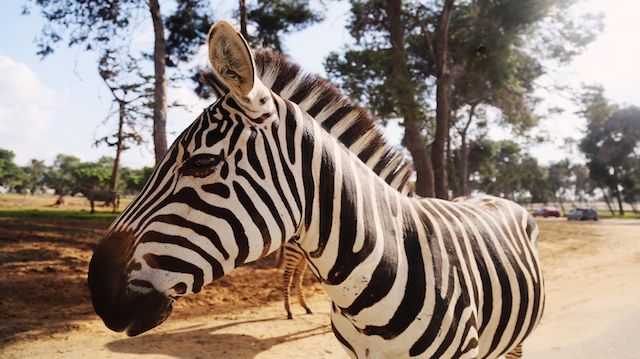 Ehrhardt spends the winter in Wellington, Florida, where her students compete in the prestigious Winter Equestrian Festival. She came upon a man riding a zebra, and her life changed. The man schooled animals for the movies and told her zebras could be trained. She found Ziggy on a Texas ranch run by a veterinarian. After spending two days bonding with the foal, she brought him home.

Ziggy should mature to the size of a large pony, between 14 and 14.2 hands high. She hopes to train him for riding when he’s old enough. Although Ehrhardt is well-known on top show circuits, that’s not in Ziggy’s future. He isn’t permitted in the show ring as per United States Equestrian Federation rules. However, there’s no reason the pair can’t compete in small, “unrecognized” shows.

In the late nineteenth and early twentieth century, considerable efforts were made to domesticate zebras, with some success. Those years coincided with European colonization of Africa, and attempting to domesticate zebras made sense — they were plentiful, they were immune to the tsetse fly and other native pests, and fewer horses would require importation. Domestication did work for individual animals, and there are plenty of photos on the Internet of people riding and driving zebras in that era. Large-scale domestication was a different story. Zebras can become quite aggressive, and they can kill. You may have seen TV shows portraying a cheetah or other big cat taking down a zebra. That happens — but just as often, a zebra’s powerful kick kills or maims the predator.

British zoologist Lord Walter Rothschild famously drove his four-in-hand of zebras through the streets of London to Buckingham Palace. That’s an incredible feat, because it consists of four equines in harness driven by one individual. Any equines used in a four-in-hand require excellent training; relatively few horses make the grade. But Rothschild isn’t the only one who made use of zebras — Kenyan physician Dr. Rosendo Ribeiro made house calls riding his zebra, and the German cavalry in East Africa sometimes used zebras as mounts.

Who can forget Racing Stripes, the movie about a zebra who thinks he’s a racehorse? In that 2005 film, two zebras were used for the riding sequences. According to an interview with the trainer in the Ocala Star Banner, one zebra, Sam, was calmer than the horse appearing in the film. Sam’s former owner told the newspaper that the zebra was a quiet animal who preferred the company of horses to fellow zebras, but he was not typical of his species. “Most zebras are bad to kick and bite,” he was quoted as saying, adding that Sam wasn’t like that.

Is hunting at fault? 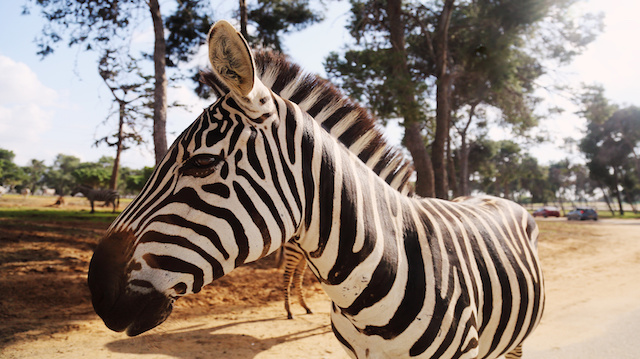 A study published in the November 2015 edition of the Journal of Comparative Psychology suggests that zebras’ non-domestication results from thousands of years of humans hunting them. The study compared the “flight inflation distances” of wild mustangs in the United States and plains zebras in Africa to the approach of a person on foot. On average, horses became alert when a human got within 54 yards, moving away when the person reached 18 yards. The average for zebras was 68 yards for the alert response and taking flight at 40 yards. Researchers noted that 40 yards was the range of the poisoned arrows used by native hunters for nearly 25,000 years.

While most zebra lovers will never obtain a zebra of their own, there are alternatives — the zorse and the zedonk. The zorse results from crossing a horse and a zebra, while the zedonk is the offspring of a donkey and a zebra. These hybrids virtually all involve the mating of a zebra stallion and a horse mare or donkey jenny. Also known as zebroids, these animals usually take on the bodily shape of their dams, but boast their sire’s stripes. The entire body is not generally striped, but the legs, mane and tail, and parts of the hindquarters or torso often sport the zebra heritage. Sometimes the animal is striped but in the colors it received from the maternal side (not necessarily black and white).

Zorses and zedonks are domesticated and often trained to ride and drive, but they are usually flightier than equines without zebra heritage. Like mules — a hybrid resulting from a horse/donkey breeding — these zebra crosses are infertile. Male zorses and zedonks require gelding, because even if they cannot reproduce, they still have the urge, and training an intact animal is very difficult.