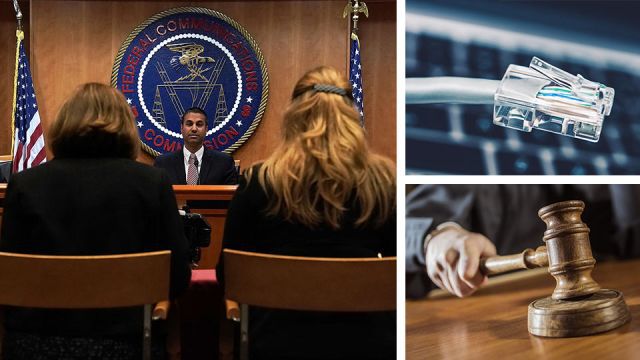 If you haven’t heard of net neutrality, you may be surprised to discover it’s probably the biggest internet argument of all time. In fact, it’s been going on since the late 1990s. And it’s a topic that dictates how you use the internet. Well, yesterday the Federal Communications Commission controversially voted to dismantle net neutrality regulations for internet service providers. That means broadband companies will now have the power to potentially restructure your online experience. But at what cost?

Net neutrality rules are no more

Obama-era net neutrality rules were in place to keep the internet open and fair for both businesses and consumers alike. It assured internet service providers (ISPs) offered equal access to all web content and apps regardless of the source. Additionally, they couldn’t charge more for higher-quality delivery or give preferential treatment to certain websites.

But earlier this year FCC chairman Ajit Pai announced he wanted to reverse those rules. Now your ISP can speed or slow the delivery of specific content.

How the internet was regulated

In 1996, Congress passed the Telecom Act. This caused the FCC to classify cable broadband providers as “information services” rather than “telecommunications services,” which would have been subject to stricter regulation.

To combat that, the FCC did some regulating. So, in 2010, it passed the Open Internet Order. This prohibited ISPs from blocking, throttling or offering paid prioritization.

Then in 2015, in a bid to allow small businesses and bloggers the same opportunity to flourish as large corporations, the FCC voted in favor of strong net neutrality rules. The result? An open and free internet.

How did the internet survive before net neutrality?

It’s important to note that in the beginning, before net neutrality rules, the internet also thrived. According to The Hill, during the Clinton administration, the federal government took a “light touch” approach to internet regulation. And the net flourished.

In the span of 20 years, companies like Google and Facebook grew and Americans benefited from these high-tech innovations. The private sector made more than $1 trillion in investments and gave Americans high-speed and wireless Internet access. But then in 2015, according to Chairman Pai, things changed.

The light-touch approach disappeared. Investments in network infrastructure declined for the first time — outside of the recession. Competition weakened and the consumer suffered, says Pai, a former Verizon attorney.

But here’s the argument…

Sure, the internet flourished in the beginning. But with net neutrality rules, an entrepreneur’s fledgling company has the same chance to succeed as established corporations. Without rules in place, large corporations and established companies will dominate the web. Smaller businesses and startups, on the other hand, without enough cash to pay for access, will struggle to survive in our technologically driven world.

Here are some ways the consumer pays the ultimate price

FCC Chairman Pai said the rollback of the net neutrality rules would help consumers because now ISPs, like AT&T and Comcast, could offer people a wider variety of service options. But here’s what that really means.

Broadband providers will begin selling the internet in bundles

Similar to how cable television is sold — in bundle packages — so too will broadband providers sell the internet. So, if you want access to Facebook and Twitter, under a bundling system, you’ll have to pay for a premium social media package. Think it won’t happen? Think again. In some countries, internet bundling is already happening, reports the New York Times.

Without regulation in place, ISPs could choose to block content from a particular political party or a point of view, ultimately hindering free speech.

And of course, you could wake up to find your internet service provider has incorporated the following tactics:

How will ISPs be regulated?

Yes, the FCC is lifting rules that previously barred ISPs from blocking or slowing down access to online content and from prioritizing their own content. But providers will be required to publicly disclose any cases of blocking, throttling or paid prioritization. Each case will then be evaluated based on whether or not the activity is anti-competitive.

Here’s the thing. According to Chris Lewis, VP at Public Knowledge, a nonprofit that focuses on the open internet, “this gives free reign to broadband providers to block or throttle your broadband service as long as they inform you of it.”

The new internet policy will become official in about one and a half months. Before then, advocacy groups promise they will challenge the FCC in court. In the end, time will tell who will be the ultimate winner. In the meantime, tell us what you think about a repeal of net neutrality.