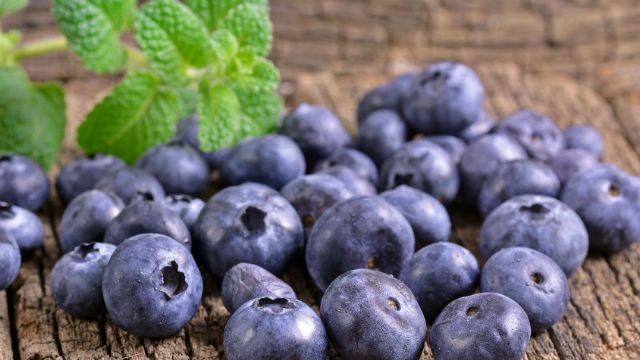 Everyone has heard the evils of eating a high-fat diet full of nasty foods like fries, cakes, chocolate candies and ice cream. The danger of eating these bad fats (often processed trans fats) in large amounts is that they can increase blood pressure and bring on bouts of inflammation.

The good news is that there are foods that help bust the side effects of unhealthy fats.

The benefits of wild blueberries

Wild blueberries, or bilberries as they are also called, have been found to lessen the inflammatory and blood pressure response to these junk food diets. In a study by the University of Eastern Finland, a group of mice was fed high-fat diets over the course of three months.

During that time, some of them were also being fed either five or ten percent freeze-dried bilberries. An assessment of the effects of the bilberries was made by looking at factors like cytokine and inflammatory cell levels, systolic blood pressure, insulin sensitivity and glucose tolerance.

Findings from that study indicated that the bilberries decreased the pro-inflammatory impact of the high-fat diet, based on the altered cytokine profile. This finding was also indicated by a significantly decreased presence of inflammation supporting T-cells. The bilberries were also found to prevent dietary induced high blood pressure.

It boils down to the anthocyanins

It is believed that the health benefits of bilberries come from their concentration of polyphenols, especially anthocyanins. These polyphenols are micronutrients that have been found to help prevent degenerative diseases like cancer. Their content is much higher in bilberries than what is found in commercial blueberries.

Foods containing anthocyanins have been used in herbal folk medicines since at least the 12th century. They have anti-inflammatory properties that directly impact the nervous system, as well as collagen production. They also protect against microvessel damage from high blood sugar levels that can cause diabetic complications.

Inflammation wreaks havoc on the body by way of enzymes damaging the connective tissue in blood vessels. In turn, this allows blood to leak into other nearby tissues. Then oxidants are set free and cause additional damage to the walls of blood vessels.

Anthocyanins neutralize the enzymes that cause destruction of connective tissues. They also prevent oxidants from damaging those same tissues as well. Lastly, they work to repair proteins in the blood vessel walls that have been damaged.

When it comes to inflammation, the brain is especially vulnerable to damage from oxidants. However, animal research has shown that blueberry supplements have been able to reverse age-related neurological deficits.

While eating bilberries will still not negate all the harmful effects of junk foods, quitting junk foods now, and amping up your bilberry intake, may help to mitigate some of the damage that already exists.