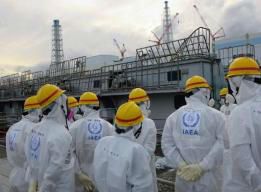 The Tokyo Electric Power Company (Tepco) has announced that cleanup work in the towns surrounding the damaged Fukushima nuclear plant, which was scheduled to be completed last March, may now be delayed for up to three years.

Tepco has also decided to postpone the dangerous and complex removal of damaged atomic rods, after video footage from a robot showed previously undiscovered leaks inside of the damaged reactors.

The Fukushima nuclear crisis began in 2011, after the earthquake and tsunami hit Japan and damaged several reactors, causing about 300 metric tons of radioactive water to leak into the ocean. Since 2011, even more damage to the plant and its reactors have been discovered, all of which has been extremely complicated to fix.

One fuel assembly was found to have been bent out of shape since 1982, due to mishandling during a transfer. Transporting fuel rods is a highly volatile undertaking, and if they are dropped or set too close to other fuel rods, subsequent nuclear emergencies could occur.

Executive director of Japan’s Institute of Applied Energy, Kazuaki Matsui, explains, “it’s very difficult to remove a spent rod because parts of the wall and the bottom of the reactor are all melted. We’ve never had to deal with this before so that adds to the complication.”

Reuters UK reports, “containing radiation equivalent to 14,000 times the amount released in the atomic bomb attack on Hiroshima 68 years ago, more than 1,300 used fuel rod assemblies packed tightly together needs to be removed from a building that is vulnerable to collapse, should another large earthquake hit the area.”

We truly hope that positive resolutions to this disastrous situation are arrived at swiftly.