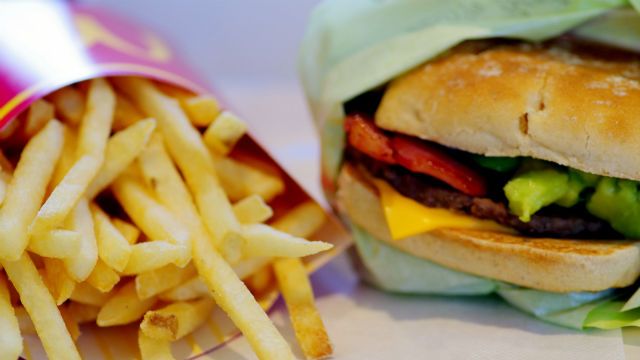 Ok, so fast food is a far cry from a healthy meal choice anywhere in the world. However, there are some glaring differences between the choices provided at fast food restaurants in Europe and those in the United States.

It turns out that there are a myriad of chemical ingredients allowed in US food items which are outlawed, or omitted, overseas.

For starters, throughout many fast food establishments and restaurants in the United Kingdom, there is significantly less added sugar than in the US. This is a huge issue, as obesity, type 2 diabetes and cancer rates are skyrocketing in this country – for all of which sugar is implicated.

The UK also requires genetically modified ingredients to be labeled. If a company does not want this burden, they simply do not use the ingredients in the first place. In the US, except in Vermont, GMO labeling is voluntary. Many meals that consumers are downing are made with genetically modified corn, soy and/or sugar beets – and we very often don’t know it.

McDonald’s in the UK – while still containing a slew of less-than-nutritious wares – serves organic milk with their Happy Meal. Coffee, tea and oatmeal products are also made with organic milk. In the US, the overwhelming majority of fast food franchises, including McDonald’s, use milk from cows fed with genetically modified grain, who are also routinely given antibiotics and growth hormones.

Processed and packaged foods found in United States supermarkets also often contain ingredients that are banned in the UK and other nations. One example that was in the media last year is Kraft’s use of artificial colorings in their macaroni and cheese meals (https://www.thealternativedaily.com/kraft-macaroni-and-cheese-ingredients-banned-overseas-not-u-s/). These colorings are not used in the UK. After much campaigning, Kraft agreed to remove these chemicals, which have been linked to allergies and behavioral issues in children, out of select varieties.

Why the discrepancy? It seems that major food manufacturers in the United States have gotten used to being able to slip these chemicals into our food, as many people are either uninformed, or choose not to care. However, these added sugars and chemical additives may pose a potentially serious health hazard, and are worth a closer look.

The absolute best solution is to avoid fast foods and processed foods altogether, and make fresh, nutritious, organic meals at home. If we wish to also catch up with much of the rest of the developed world, we also have to raise our standards for what we allow franchises and major food corporations to serve. While awareness and demand for quality is growing in the US, we are still lagging behind.

We all need to educate ourselves; to do our own research as to what is in our food and the food we feed our families. When we know the facts, we can make a better decision as to what to buy, and what to avoid. If no one buys the chemical slurries that pass for food nowadays, companies will be forced to change the recipe.