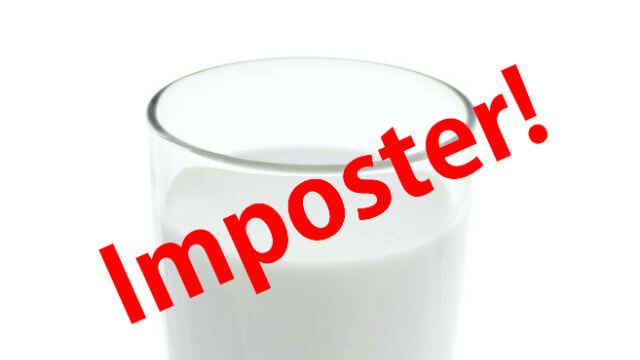 As if marketing soda to children and expanding the waistlines of an entire planet wasn’t enough, the Coca-Cola company’s new endeavor is nothing more than a slap in the face to healthy beverages: they’re now manufacturing fake milk.

Coca-Cola claims that their new “milk,” known as “Fairlife,” has more protein, more calcium, and half the sugar. It is also advertised as more “sustainable,” from “more humane” farms. And, for all these supposed benefits, it’s twice the price.

Unfortunately for Coca-Cola, looking just below the surface of these claims, the “benefits” of Fairlife aren’t benefits at all.

The way that Fairlife is able to boast more protein and calcium, and less sugar, than other milk is through its processing method of isolation. This “milk” has had its protein, lactose, water, butterfat and vitamin and mineral content separated. Each portion is then tweaked by a process which includes “proprietary secrets” and is largely undisclosed, before the milk is reconstituted.

On top of that, Fairlife milk is sourced from non-organic dairy farms. Although Coca-Cola claims these farms are “sustainable,” it is only reportedly releasing information about the largest – Fair Oaks Farms – which keeps cows in cramped conditions, and does not provide tours of the inside.

Seems suspicious to us… and it’s definitely not milk. For real milk, go for organic milk from grass-fed cows (or goats or sheep, if you prefer). It will probably cost you less than Fairlife, and it’s actually nutritious.

As far as lactose-free milk, there are many real alternatives – organic rice, almond and coconut milk, for three great examples. Just be sure to skip the soymilk… it’s not actually healthy .

As far as Coca-Cola, they are already pouring deadly sugar water down our throats. Their products are as artificial as it gets, and now trying to ruin the good name of milk by making it synonymous with a processed food – a mishmash of isolated, synthesized parts instead of one, natural, nutritious whole?

No thanks, Coke, we’re not buying it.