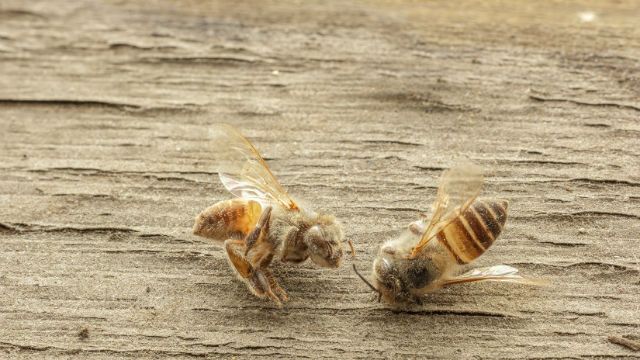 While the use of an insecticide class known as neonicotinoids is still widespread in the United States, some cities are taking action on a local level and banning their use, in an effort to both protect bee populations and the environment as a whole.

In June of this year, the city of Spokane, Washington banned the use of neonicotinoids within its borders. In 2013, Eugene, Oregon became the first city to enact such a ban.

These communities are responding to the severity of worldwide Colony Collapse Disorder – the mass death of honeybees across the globe – and the growing scientific associations between this phenomenon and neonicotinoid insecticide use.

Bees are responsible for pollinating approximately a third of the world’s crops. Without them, many of the fruits, vegetables and other foods that we are accustomed to having available would be gone – not to mention other wide-ranging effects on the entire food chain. In the US, bee colonies have declined by about 5 million since 1990. In Canada, the bee population has dropped by approximately 35 percent over just the last three years.

A recent review  of 800 studies concluded that neonicotinoid use is connected to the mass deaths of insects, including bees and other pollinators. While not the only factor at play, the researchers state that they are playing a major role. According to Dr. Jean-Marc Bonmatin, one of the study’s lead authors, “we are witnessing a threat to the productivity of our natural and farmed environment equivalent to that posed by organophosphates or DDT.”

The United Kingdom branch of the Pesticide Action Network (PAN) asserts, “neonicotinoids, especially seed treatments of imidacloprid and clothianidin on arable crops, have become of increasing concern to beekeepers and bee researchers in recent years with many of them suspecting that they may be connected to current bee declines.”

Because of these concerns, the European Union began a two-year ban on three different neonicotinoids, imidacloprid, clothianidin and thiamethoxam, in 2013. The United States Environmental Protection Agency is reportedly “carefully watching” to see how this ban unfolds, and what results it produces. 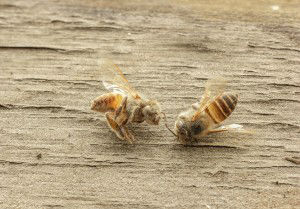 Spokane, Washington, however, does not wish to wait for the federal government to determine how much damage these insecticides are doing. On the recent ban, City Council President Ben Stuckart stated, “this ordinance simply says Spokane prioritizes the protection of our food supply over the ornamental use of pesticides.”

We hope that other communities take the examples of Spokane and Eugene to heart, and take a serious look at whether using these dangerous insecticides is worth the risk.