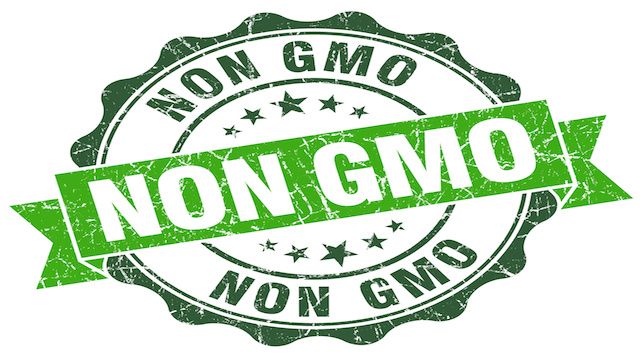 The announcement recently made by Chipotle Mexican Grill that it will be switching certain genetically modified ingredients on its menu for non-GMO versions should be an exciting one. Sure, fast food still isn’t healthy, and Chipotle’s menu items can hardly be classified as nutritious.

Still, the fact that this large of a franchise is removing GMOs speaks loudly to the fact that more and more consumers are rejecting the genetic engineering of our food. With the media support of Cheerios and Hershey’s chocolate choosing to go GMO-free in recent months, one would assume that Chipotle would receive the same note of “bravo.”

However, the opposite has happened. Chipotle is under a veritable — and large-scale — media attack for its decision. Surprised and confused? Yeah, I was too.

While the reasons for the attack are not entirely clear — especially after media support of other large corporations doing the exact same thing, there seems to be some shady engineering of journalism at hand — and I’m betting Monsanto has more than a little to do with it.

“Truthfully, most customers will never taste the difference in ingredients or care to look into the company’s claims, but increased prices could unwind any perceived benefits in ridding the menu of genetically engineered ingredients. As could any public backlash from claims that don’t quite add up. All of that could negatively affect investors in the long run.”

Even more scathingly, The Washington Post, in an article entitled “Chipotle’s GMO Gimmick is Hard to Swallow,” asserts:

“Thus has a leading food company added its imprimatur to a global propaganda campaign that is not only contrary to the best scientific knowledge but also potentially harmful to vulnerable populations around the world.”

“The promise of GMOs, already widely used in the United States, is that farmers in the developing world can use them, too, and thus feed their hungry populations at far lower cost than ever before.”

The thing is, there is a glaring problem with these assertions of “the best scientific knowledge,” and feeding hungry populations. Because of a significant body of research stating the exact opposite of these GMO-glorifying claims, the pro-GMO media campaign may quite safely be referred to as “global propaganda.”

First and foremost, there is no actual scientific consensus on the long-term safety of GMOs. In a paper published earlier this year in the journal Environmental Sciences Europe, a large group of researchers clearly state this very point. The authors write:

“The joint statement developed and signed by over 300 independent researchers… does not assert that GMOs are unsafe or safe. Rather, the statement concludes that the scarcity and contradictory nature of the scientific evidence published to date prevents conclusive claims of safety, or of lack of safety, of GMOs. Claims of consensus on the safety of GMOs are not supported by an objective analysis of the refereed literature.”

The paper goes on to say:

“The claim [that GMOs are safe] is misleading and misrepresents or outright ignores the currently available scientific evidence and the broad diversity of scientific opinions among scientists on this issue.”

In other words, this paper is plainly stating that we just do not know what the long-term effects of genetic modification will be — and that in itself is troubling.

Furthermore, another study, also published this year in The Lancet Oncology, stated the summation of 17 leading cancer researchers that glyphosate, the active ingredient in Roundup, is a “probable carcinogen.” Roundup is a primary pesticide used to treat GMO crops, and Monsanto’s “Roundup Ready” varieties are specially designed to withstand high applications.

Besides the pesticide itself being toxic, these “Roundup Ready” crops are already leading to the pesticide resistance of “superbugs” and “superweeds,” as they are developing an immunity. This often leads to more and more Roundup use by farmers in an effort to combat them.

Yet another study published this year, in the journal Naturwissenschaften, tested the effects of neonicotinoid pesticides, specifically clothianidin, used “in and near agroecosystems” on nearby milkweed, the food source of Monarch butterflies. These types of dangerous pesticides are often used to treat GMO crop fields. The study authors concluded that, “clothianidin could function as a stressor to monarch populations.”

A report released in 2014 by the Argentinian Ministry of Health in Córdoba tracked five years of data on cancer information in the regions where GMOs are cultivated. The report expressed a link between GMO-growing areas and cancer rates 50 percent higher than Argentina’s national average. Some experts say that this may be due to high pesticide concentrations, and a lack of safety precautions taken by workers who spray them.

This is especially worrying because biotech companies, upon the release of the Bt toxin, assured the public that the toxin would be completely destroyed within the human digestive system. The Quebec study strongly suggests otherwise. On their results, the study authors wrote:

“This is the first study to reveal the presence of circulating PAGMF [pesticides associated to genetically modified foods] in women with and without pregnancy, paving the way for a new field in reproductive toxicology including nutrition and utero-placental toxicities.”

Across the world, more and more nations — and individuals for that matter — are taking a stand against GMOs. As we have previously covered, the European Union, China, and Costa Rica, to name just a few, have put measures in place to either halt, or strictly limit, their cultivation.

In the United States, more and more farmers are finding that it is more profitable to steer clear of GMOs and plant non-GM crops — due to both higher demands, and “same or better crop yields.” Recent polls show that 93 percent of Americans are in support of mandatory GMO labeling, and we have seen legislative action in various stages of approval across many US states.

Why is Chipotle being targeted? 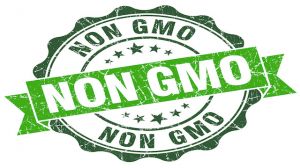 So, why has Chipotle become a media scapegoat for its decision to remove GMO ingredients? The very likely reasons are well expounded upon by Ronnie Cummins, the international director of the Organic Consumers Association (OCA). In a recent editorial published in USA Today, Cummins writes:

“Since when do the mainstream news media, in a country that worships at the altar of capitalism and the free market, launch a coordinated attack against a company for selling a product consumers want? When that company dares to cross the powerful biotech industry. How else to explain the unprecedented negative coverage of Chipotle, merely because the successful restaurant chain will eliminate GMO foods?”

“Chipotle has made a sound business decision, which has forced the biotech industry to stoop to a new low: vilifying businesses. Sadly, the mainstream media appear all too happy (manipulated?) to go along with the attack.”

While grabbing a burrito at Chipotle will not be a healthy choice even when the GMOs are removed (besides many ingredients containing a range of additives, the company is switching to corn grown with atrazine — another pesticide — and replacing soybean oil with canola oil, which is not healthy), it’s the principle of the attack that is telling.

Monsanto and its biotech buddies are powerful indeed — and seem to now have strong influence over national media. They have long been touting GMOs as the future solution for world hunger. However, as we reported, this goal might be realistically accomplished by growing the industry of organic farming — if the land now used for growing GMOs was used for this purpose, instead.

The media attack on Chipotle seems to strongly point to the notion that biotech companies are scrambling to find any way possible to keep GMOs favorable — or at least innocuous — in the public eye, despite growing research to the contrary, as well as spreading public dissent. Monsanto is scared — and it should be.