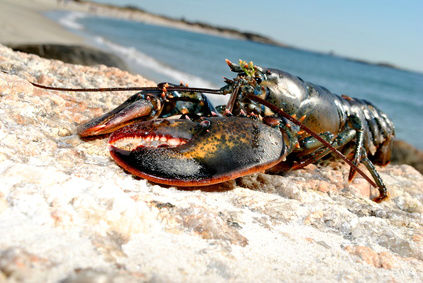 China doesn’t always have the best reputation when it comes to food safety, yet just recently the country declared it would cease the import of shellfish from the US.This announcement came after the Chinese government claimed to have received a shipment of wild geoducks (a large burrowing clam known for its long siphon) from the US that contained unacceptable amounts of both arsenic and a powerful toxin that produces paralytic shellfish poisoning (PSP).

The ban is indefinite and includes all clams, oysters and two-shelled bivalves both wild-caught and farmed from the US coastline stretching from Alaska to Northern California.

The FDA and US officials were quick to respond, attempting to track down the exact location of where the supposedly tainted geoducks originated from. The source is believed to be from either Alaska or Washington, yet samples off of these waters don’t show any elevated levels of arsenic or PSP in the shellfish population.

However, according to an email circulating online that is supposedly written by a US National Oceanic and Atmospheric Administration (NOAA) seafood inspector, the acceptable levels of these toxins in China is about half of that deemed safe in the US.

This may be another case of the US falling behind in their food safety regulations. Several ingredients, additives and practices that are deemed perfectly safe in the US are banned abroad. In fact, earlier this year China destroyed three shipments of GMO corn from the US, sending a statement that the formerly pro-GMO country is drastically changing its ways.

While US officials continue to insist that the shellfish found along the West coast waters are perfectly safe, the Chinese will hear none of it and refuse to lift the ban. This could severely impact the economy of the Western states as the geoduck clam business brought in an impressive 68 million dollars in 2012 and 90 percent of that profit was from China alone. To make matters worse for the industry is that the ban is not limited to geoduck clams but to all two-shelled bivalves.

Although drastic and potentially devastating to the US shellfish industry, this may be the wakeup call the FDA needs. The US doesn’t regularly test shellfish for arsenic, yet some fear that fish contaminated in the 2011 Fukushima nuclear disaster in Japan may be making their way to US shores. As many as 20 million

Chinese citizens are already exposed to arsenic-contaminated water, and they certainly don’t need to be consuming it via US-imported seafood. US officials are working to clear up any discrepancies about the safety of West coast shellfish, but until their testing techniques become more stringent, you may want to stick with chicken for a while.