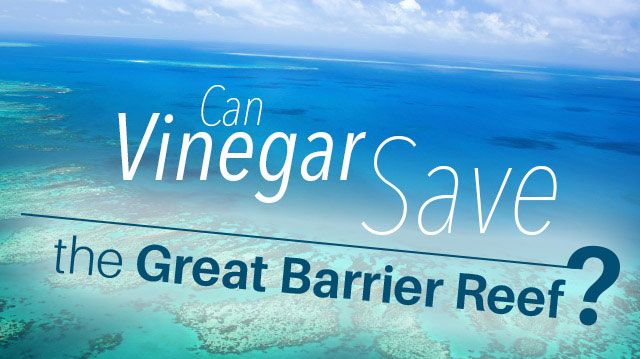 There’s not much vinegar can’t do. You can use it to clean your house, soften fabric or give a little “umpf” to a meal. Believe it or not, it may actually help save one of the most beautiful natural places on the planet, the Great Barrier Reef.

This summer, the World Heritage Committee delivered a powerful message to Australia: Improve the health of the Great Barrier Reef by 2019 or it goes on the “in danger” list. Among threats posed to the reef, the crown-of-thorns starfish (COTS) contributes to about half of its decline.

Under normal circumstances, a single COTS doesn’t pose a huge threat to corals that make up the Great Barrier Reef. Corals can recover fairly easily from being nibbled on by a small number of them — a rate of one starfish seen during a 20-minute swim. According to the Great Barrier Reef Marine Park Authority, it’s when an outbreak occurs — when more than one starfish is spotted on a 20-minute swim — that the reef is in danger.

Outbreaks result when floods carry elevated levels of sediments and nutrients to the Great Barrier Reef. The influx of nutrients encourages plankton blooms, which feed many of the lifeforms of the reef, including COTS larvae. The Great Barrier Reef Marine Park Authority is careful to point out that outbreaks have been occurring for decades, so “nutrient enrichment is unlikely to be the sole reason for population explosions.”

The organization also hypothesizes that the removal of COTS predators through shell collecting and fishing has allowed for an increase in starfish populations. Predators include the giant triton snail, the humphead Maori wrasse, starry puffer fish and sweetlip emperor fish. The former two are protected species, but they are still in recovery from prior harvesting seasons.

The best way to combat COTS directly? Injecting them with poison by hand. 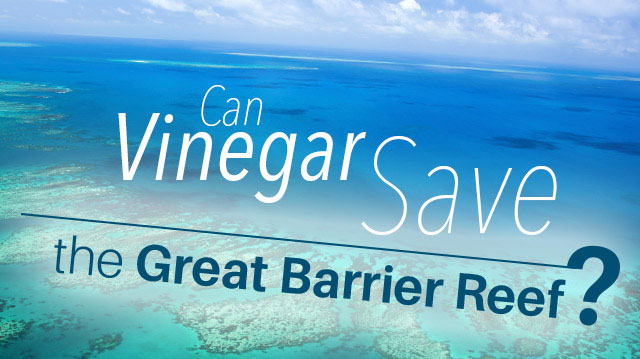 In the past, divers injected starfish with sodium bisulfate to kill them, but it generally took eight injections to kill each animal. Ox-bile has recently taken the place of sodium bisulfate; it only takes one injection to kill a starfish. Using ox-bile isn’t without its challenges though, which is why researchers at James Cook University looked for better ways to rid the reef of these pests.

Lisa Boström-Einarsson is a marine biologist from James Cook University and author of a new study on the use of vinegar in controlling COTS outbreaks in the Great Barrier Reef. She commented in a statement, “Currently divers use 10 or 12 ml of ox-bile to kill each COTS. It’s expensive, requires permits and has to be mixed to the right concentration. We used 20 ml of vinegar, which is half the price and can be bought off the shelf at any local supermarket.”

The COTS in the trial all expired within 48 hours of receiving an injection. Better yet, the team at James Cook University doesn’t foresee any adverse effects to animals that feed on the dead starfish, although they admit that more studies are needed.

While ridding the reef of COTS won’t save it — especially since injections are administered by hand, which is a very slow process — culling the population of COTS will help. The World Heritage Committee cites climate change, poor water quality and development impacts along the coast as primary threats to the reef.

As with other threats to the environment, saving the Great Barrier Reef is largely in our hands. It’s exciting to see a group of researchers discover a new way to help save reef coral, and we hope that it encourages more thinking outside the box to save this precious natural treasure.