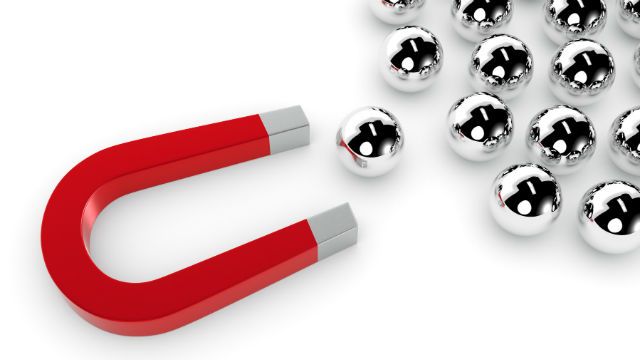 Magnet therapy involves applying a magnet to or near the skin to improve a condition, such as pain. Magnet therapy is thought to be effective due to the variety of electromagnetic fields that occur naturally within the body, such as nervous transmissions, as well as related muscle contractions which are associated with magnetic activity. The heart generates the largest magnetic field within the body.

It was once thought that abnormal magnetic fields in the body might result in certain disease states, and that magnets help to make these magnetic fields normal again. Magnets may also have some effect on charged molecules in the blood and throughout other areas of the body.

Although the jury is out as to whether or not magnet therapy can truly be effective in reducing pain, many chronic pain sufferers that have used it strongly believe that it is, and some studies have shown that it may offer some relief.

For example, a University of Washington study focused on people with multiple sclerosis using a PEMF (pulsed electromagnetic field therapy) device and found there were significant improvements in symptoms like pain, hand control, bladder control and muscle spasticity.

In another small study of 80 women who underwent breast augmentation surgery, by the third postoperative day, those who received PEMF therapy reported significantly less discomfort and used fewer pain medications than those who received a placebo.

Magnet therapy, sometimes called magnetic therapy, has also been found to be effective through scientific research for conditions like myofascial pain syndrome and fibromyalgia.

This type of therapy still has many skeptics, noting that these studies were based on a very small number of participants and do not prove that it is effective for pain or any other health condition. Most point out that there are many variables that still need to be studied, like the strength of the magnet, frequency of use, type of magnet and how long it is used.

For a number of centuries now, many people suffering from a variety of health conditions have insisted that it does work, while experts insist that those who receive benefits are really only experiencing a placebo effect. Of course, the “experts” could very well be wrong, which would certainly not be the first or the last time in the field of medicine.

As to whether or not you should try the therapy, it’s important to do your own research to make an appropriate decision, and attack it with a healthy dose of skepticism. If you’re experiencing pain and don’t know the cause, it’s important to see a healthcare provider to determine what the problem is, as a serious illness or disease shouldn’t be treated with a magnet.

Using the therapy while pregnant is not advised, since there hasn’t been enough research into potential effects on an unborn child. It also shouldn’t be used by those who wear a pacemaker or electrical implant. If you have epilepsy, proceed with caution.

In general, however, the biggest risk may be to your pocketbook. Of course, if magnet therapy relieves your pain, it could certainly be worth the effort and the cost to try it.