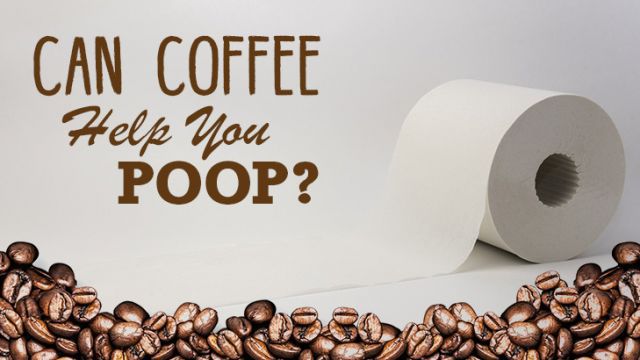 Coffee has been used for centuries to stimulate the mind, combat fatigue and suppress appetites. It has acquired a devoted following (and even a certain mystique) as an inspiration for writers, a household remedy, even an aphrodisiac. With 1.4 billion cups consumed every day, it is the most widely used psychoactive substance on the planet.

Coffee has been both romanticized and demonized. The supposed beneficial effect on the libido and sexual arousal appears to be mostly a myth. But there is little doubt that it often lives up to its folkloric reputation. Many notable writers and mathematicians, for instance, have sworn by it as an aid to creativity and concentration.

Coffee has been linked to numerous other benefits as well, like its ability to help prevent diabetes by lowering blood glucose levels. Now comes another health claim: Coffee can keep you regular. Can a cup of hot roast brew really help you poop? Here’s a look at the science behind coffee’s potential laxative effect.

Large-scale studies on coffee’s colonic benefits are lacking, but the smaller ones that have been conducted suggest it does quicken the digestive system, which can help you pass a stool. However, coffee’s effect on the body can be complex and individuals may react differently. In fact, not everyone appears to benefit from coffee’s laxative effects. Therefore, understanding the science behind coffee’s potential colonic properties can help you decide if a cup or two is a good way of helping you stay regular.

Scientists believe that it’s the caffeine in a cup of brew that’s primarily responsible for stimulating the muscles that cause contractions in your colon, which helps push your bowel movement down the digestive tract quicker. Coffee’s peristaltic effect, which involves a coordinated contraction and relaxation of the intestines, is as effective as eating a meal and is far more efficacious than drinking water in terms of instigating a bowel movement. Decaffeinated coffee, though it was more effective than water, was not nearly as helpful as a cup of caffeinated brew.  Nevertheless, coffee’s acidic nature is thought to aid digestion, so caffeine is not the whole story.

Coffee drinking is also associated with a looser stool. That’s because the bowel movement that passes through the colon quicker will end up having less water taken out and re-absorbed by the digestive tract. Of course, the quality of the stool can be affected by many factors including dairy and sugar, which are frequently added to coffee.

Coffee’s tendency to promote a looser stool comes as something of a surprise. After all, caffeine is a well-known diuretic. So, by causing the kidneys to work harder flushing fluids out of your system, you might think drinking a couple cups would increase the hardness of the stool rather than loosen it. Given caffeine’s diuretic effect, can drinking it cause constipation?

Interestingly, however, researchers only found a diuretic effect when caffeine consumption exceeded 500 mg to 600 mg per day. On average, a typical cup of coffee contains about 100 mg to 150 mg per eight-ounce serving. In other words, in most instances drinking four cups per day or less will not result in a diuretic effect substantial enough to cause either a hard stool or constipation.

Here are few other findings regarding coffee’s health benefits:

For years, coffee acquired something of a bad rap. High caffeine levels were implicated in insomnia, anxiety and hypertension.

In excessive quantities, the caffeine in coffee can cause heart palpitations in some individuals.  However, by and large, the health benefits of this much-loved beverage appear to be quite substantial and the potential risks fairly minimal. Like anything, the advantages seem to derive from moderation. That appears to be the case when it comes to using coffee to help stay regular. A cup or two seems to work best for most people, while consuming substantially more can lead to constipation.
—Scott O’Reilly