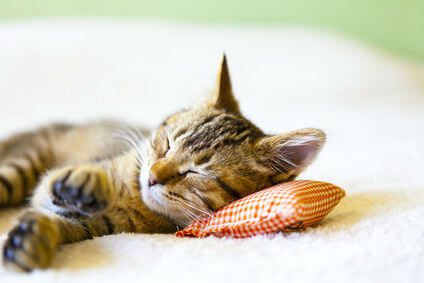 According to the National Sleep Foundation, more than 85% of mammals are polyphasic sleepers, meaning that they sleep for short periods of time throughout the day. Humans are a part of the small group of monophasic sleepers, meaning, we have our days divided into two periods, one for wakefulness and one for sleep.

However, it is not clear whether this is a natural division or a cultural division. For instance, young children and the elderly both nap and napping is a very important part of some cultures. Some well known people, including Winston Churchill, John F. Kennedy, Napoleona and Albert Einstein are all noted to have taken an afternoon nap.

Sleep Deprivation is a Problem

The majority of Americans get far too little sleep. In fact, sleep deprivation is reaching epidemic proportions in our country. The Center for Disease Control and Prevention reports that one in five Americans is getting less than six hours of sleep per night. This is shy of the recommended seven or eight hours.

Sleep deprivation may lead to such things as increased risk for depression and substance abuse, decreased motor skills and an increased risk of automobile accidents.
In addition, people who are short on rest often struggle with memory impairment and are more likely to develop diabetes, stroke and heart disease than people who sleep regularly. Basically, not getting enough Z’s can be incredibly unhealthy.

Research indicates that a lack of sleep also impacts our fat cells and their ability to respond appropriately to insulin. Researchers at the Center for Sleep and Wake Disorders note that there is an “intimate” relationship between sleep and maintaining a healthy body weight.

A 20-minute daily cat nap may be just the thing that you need to gain back lost sleep.

Napping has been found to increase alertness, promote relaxation and increase performance. A study conducted by NASA found that military pilots who were sleepy had a 34% improved performance and were 100% more alert after they took a 40 minute nap. For most of us a nap is a luxury that is worth taking, especially if you have a very stressful life or don’t get enough sleep at night.

If you are driving long distances and begin to feel drowsy, it is best to pull over and take a short nap. Those who work a job involving shifts may also benefit from the practice of napping.

We live in a go-go society where it seems that everyone needs to be ‘doing’ constantly. Unfortunately this doing tends to create stress, fatigue, insomnia and other health-related conditions. Some people are, however, afraid to take a nap because of the stigma attached to it.

In places such as Spain and Latin America a siesta is a way of life and in the Philippines, China, Bangladesh, India, Southern Italy, Greece, Malta, North Africa, the Middle East and Vietnam, naps are an expected part of daily living. Most Chinese schools have a scheduled nap for students after lunch and in Japan many employers have designated nap rooms.

We, in America, could learn a lot from other cultures, especially those who are highly productive and ambitious despite the fact that they have learned the value of a good cat nap.

Are you sleepy yet?