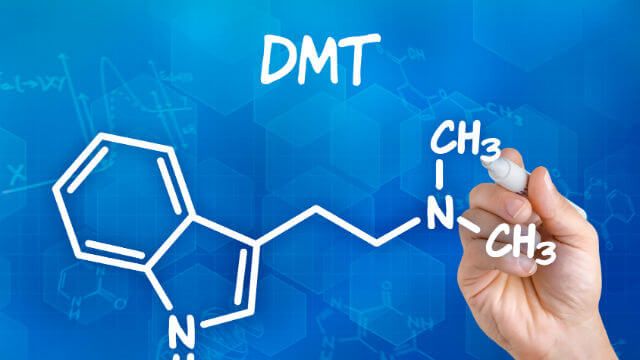 As the potential mind and body benefits of marijuana begin to become more accepted by the government and the public, the popularity of a new natural medicine used to treat emotional and psychological disorders is growing in alternative circles across the US.

The medicine—or drug, as some regard it—is called ayahuasca, a hallucinogenic drink made from the stem of the ayahuasca vine, and the leaves of several additional plants. The plant is native to the Amazon, specifically areas of Peru, Colombia, and Ecuador, where it’s been used medicinally for ages in ceremonies administered by shamans, or spiritual healers.

Ayahuasca is gaining popularity for its perceived potential to treat emotional and psychological disorders such as substance addiction, PTSD, anxiety, and suicidal thoughts. Groups of veterans, for example, have been visiting the Amazon for years as a way to rid themselves of the potentially paralyzing symptoms of PTSD. The operator of the group Veterans for Entheogenic Therapy, Ryan LeCompte, explains that “ayahuasca is a way to give relief to those who are suffering.”

In the case of veterans, many are not finding relief through Western society’s modern means of dealing with PTSD. This is largely because our medical system usually treats these conditions with a pill that tries to suppress the underlying issues or experiences that create them, rather than face them. Ayahuasca is becoming popular for its ability to bring the issues to the surface, which then allows the ayahuasca drinker to sort through and let go of whatever it is that’s causing them to suffer.

As LeCompte says, “the ayahuasca medicine is a way to, instead of sweeping your dirt under the rug, you know, these medicines force you to take the rug outside and beat it with a stick until it’s clean….. And that’s how I prefer to clean my house.”

It’s not only veterans who are interested in the plant. The number of travelers visiting the Amazon to participate in ayahuasca ceremonies increased fivefold between 2011 and 2013. Ayahuasca ceremonies, retreats, and groups are also popping up all over the US, especially in cities like New York, Los Angeles, and San Francisco. Even celebrities, including Lindsay Lohan and Sting, have spoken out about their healing experiences with ayahuasca.

However, despite the popularity and the potential benefits of ayahuasca, the medicine is associated with some dangers. One American tourist died after a ceremony in 2012, but the cause of his death is not thought to have been the ayahuasca, but is rather attributed to something it was mixed with, or to an irresponsible shaman.

Thus, most critics attribute these dangers not to the plant itself, but to the unregulated commercial culture surrounding ayahuasca ceremonies in the Amazon. Shamans can mix the plant with whatever they want, and as there is obviously no licensing body that regulates spiritual healers, people seeking out this medicine need to be very careful about who they trust to administer it.

The possible side effects of the plant may not make it ideal for everyone. When mixed with other pharmaceutical or natural medicines, including seemingly benign ones like caffeine, serious side effects can arise. This is why it’s recommended to stop all medicines and supplements up to two weeks before doing a ceremony, to give these other substances time to leave the body.

‘Purging’ symptoms following drinking ayahuasca are also typical, and are said to be the physical manifestation of negative emotions and experiences leaving the body. These can include vomiting or diarrhea.

Bad, or even hellish ‘trips’ have also been reported, and some might argue are to be expected—as the medicine can bring up hidden demons and cause the taker to relive suppressed traumatic experiences. This is part of the plant’s cleansing and healing function. Although some consider it a drug, it certainly should not be taken for ‘fun,’ or recreationally as some drugs are used.

In terms of legality, the ayahuasca is currently suspended in a kind of legal limbo, as although the plant itself is not illegal, one of its active components, DMT, is illegal in most countries.

We still have much to learn about this Amazonian plant, and as with marijuana, as it becomes more popular it will almost certainly receive more criticism and resistance. But, like with any medicine, we need to remain both open-minded and critical of its potential to heal versus its potential side effects, and let both others’ personal experiences and science guide our decisions, rather than our own preconceived notions or ideas.