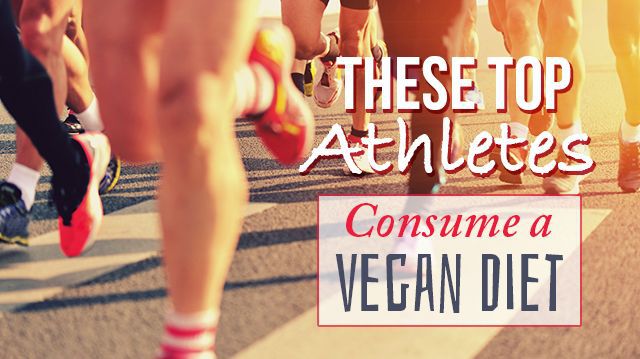 Donovan Will ran the Ironman 70.3 kilometer event in January, fueled by a vegan diet. His accomplishments, like those of other vegan athletes, prove that it is possible to go vegan and still compete at the top of the game.

A native of Cape Town, South Africa, Will told Ecorazzi that he believes eating animal-based products cause disease and animal agriculture is “the most environmentally damaging industry in the world,” which are some of the reasons he went vegan. Along with running marathons, Will participates in cycling and snowboarding.

Will shares his dietary choices on Instagram. Breakfast often consists of a chickpea omelet, a smoothie and oats. Lunch and supper include vegetables, rice and potatoes, along with selections from Fry’s Family Foods, for which he is a brand manager. Will supplements occasionally with vitamin B12, multivitamins and L-glutamine when his eating isn’t quite up to par.

Olympic pairs figure skater Meagan Duhamel credits her vegan diet for much of her success on the ice. The Canadian woman represented her country, along with skating partner Eric Radford, at the 2014 Winter Olympics in Sochi, Russia, where they placed seventh. While she originally thought she would try a vegan diet until after the 2010 Winter Olympics, she liked it so much that she’s a vegan for life. Her vegan diet keeps her slim, which helps Radford during the many times lifts her during practice and competitions. He notes that in pair competition, the woman’s weight can affect performance and scoring.

Probably the last place you’d think to encounter a vegan is in Ultimate Fighting. In March, vegan fighter Nate Diaz beat Ireland’s Conor McGregor in the UFC 196 fight held in Las Vegas. In the tough world of UFC fighting, McGregor received a lot of ribbing — to put it mildly — about being beaten by a vegan fighter.

Diaz has been eating vegan since his mid-teens, and he’s now 29. These days, he eats raw vegan — consumption of unprocessed, raw foods that have not been heated. The idea is that heating destroys natural enzymes necessary for protein building.  Diaz’s older brother Nick, 33, another UFC legend, got him started on the raw diet. The two of them are living proof that vegans can kick butt.

For vegans, obtaining sufficient amounts of vitamin B12 — available only in meat — is a dilemma. The New York Times quotes Dr. David Nieman, professor of health and exercise science at Appalachian State University, as saying that while B12 is important for endurance athletes because it affects the production of red blood cells, supplements or soy milks or cereals supplemented with B12 will suffice. Nieman himself is a vegetarian and has run dozens of ultra-marathons and marathons.

Sport nutrition expert Nancy Clark notes that while research on vegan and vegetarian athletes is relatively sparse, “anecdotally, people do fine.” In her view, “hard training trumps everything.” Clark says that vegan athletes must eat a great deal of protein daily, because while there are excellent plant-based protein sources, protein from meat is more bio-available.

Even more successful athletes are vegetarian rather than strictly vegan. Consuming dairy and eggs are easy ways to obtain protein, so it makes sense that certain athletes don’t go completely vegan but opt to skip meat.

Nieman warns that it’s possible for athletes to receive sufficient carbohydrates for performance whether they are vegetarian or omnivores, but they can’t follow a “goofy” diet. “It’s possible to eat a lousy vegetarian diet, just as you as can eat a lousy meat-based diet,” he says in The New York Times.

If you’re an athlete and decide to go vegan, make sure you’re not on a “goofy” diet. Consult a holistic nutritionist to help create the best meal plans for your needs, along with possible supplementation. Then go out there and win.