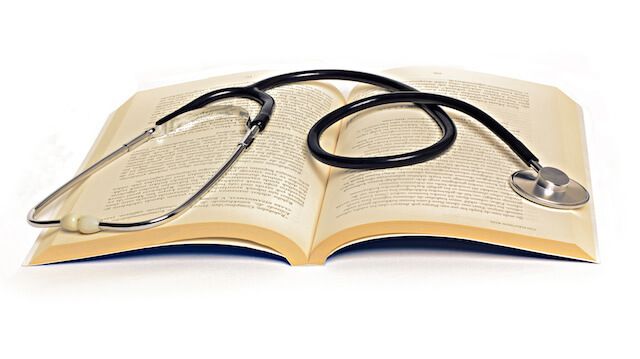 A surprising find in a thousand-year-old ancient text has led modern-day scientists to a real solution against Methicillin-resistant Staphylococcus aureus (MRSA) bacteria. Originally intended for the treatment of eye infections, styes, and pustular infections of eyelash follicles, it was unexpected to find it serves as a modern-day superbug killer. In fact, it far exceeded the effectiveness of vancomycin, which is reserved as a last-ditch drug for serious MRSA infections.

Ancient wisdom still true
The ancient text titled, Bald’s Leechbook, had been shelved in the library at the University of Nottingham’s Institute for Medieval Research. Until one day a professor happened to be browsing the brittle pages of the book and had the idea to test the medical recipes she found there.

Associate Professor in Viking Studies Christina Lee found a tenth century potion reputed to be used in the treatment of eye infections. She naturally wondered about the ancient recipes and what they might reveal about the nature of medieval medicine — she wanted to see if ancient healers used scientific wisdom in the remedies they chose.

Deciding to test the potion, she translated the recipe from a transcript of the manuscript. The timing couldn’t have been better. There were scarce antimicrobial medications in the development channels at Nottingham University, so Freya Harrison, microbiologist and research fellow at the Faculty of Medicine & Health Sciences, was ready to get involved.

Nottingham’s scientists made four different batches of the potion, using fresh ingredients for each batch. They developed a control batch using distilled water and a brass sheet to serve as the container for brewing. In the control batch they left out the vegetable compounds required in the working formula.

Brewing an ancient remedy
The recipe called for some unexpected ingredients, such as two species of the genus Allium, which includes onion and garlic. Other ingredients were honey, wine, and oxgall, which is bile found in a cow’s stomach. The process involved brewing the concoction in a brass vessel, straining it, and allowing it to sit and ferment for nine days prior to administering it.

A large challenge for Lee’s team of researchers was determining how to make the concoction. Considering that modern plants are not likely to be the same as they were 1,000 years ago. Therefore, researchers had to make educated guesses as to which modern varieties were likely to have the most similar chemical compounds as plants from that time.

Next they had to figure out the measurements because the recipe in the book did not indicate ingredient proportions. It only listed the ingredients to be used and the method of brewing them. Once again, educated guesses were employed figuring that equal proportions of each ingredient might work best.

Finally, being unclear about a “brazen vessel” to be used for the brewing process, the team chose to add strips of brass to the concoction while it was boiling.

The findings of their experiment were simply jaw dropping. The ancient eye medicine killed 90 percent of the MRSA bacteria that were tested using mouse model wound biopsies.

“We were really surprised, and I was surprised,” said Lee. “I have always held up the idea of the pragmatic Middle Ages, that they had knowledge and method, but I was not sure whether that would hold up.”

As explained by collaborator Steve Diggle, “When we built this recipe in the lab I didn’t really expect it to actually do anything. When we found that it could actually disrupt and kill cells in S. aureus biofilms, I was genuinely amazed.”

“We thought that Bald’s eye salve might show a small amount of antibiotic activity because each of the ingredients has been shown by other researchers to have some effect on bacteria in the lab – copper and bile salts can kill bacteria, and the garlic family of plants make chemicals that interfere with the bacteria’s ability to damage infected tissues,” said Freya Harrison.

Killing all but one in a thousand
The ancient remedy was tested on cultures of both synthetic wounds and infected wounds in mice. Artificial wound infections were cultivated by the team using plugs of collagen. These were exposed to each individual component of the recipe separately, and then to the complete remedy. Using the ingredients individually did not cause any measurable effect. However, when the complete remedy was used, the MRSA populations were almost completely obliterated. Only about one cell of bacteria per thousand was able to survive.

Other samples of the same bacteria were also soaked in vancomycin solution and a plain saline solution. It was only in the medieval potion, that a full 90 percent of the staph bacteria were killed.

“Whereas vancomycin did, essentially, nothing,” said Kendra Rumbaugh, Ph.D., associate professor at Texas Tech University Health Sciences Center. “Now, ideally, if you have an agent and want to go to the (Food and Drug Administration), you want to see 99.99 percent killing. We would want to see better before moving into clinical trials.”

“But we were absolutely blown away by just how effective the combination of ingredients was. We tested it in difficult conditions, too. We let our artificial ‘infections’ grow into dense, mature populations called biofilms, where the individual cells bunch together and make a sticky coating that makes it hard for antibiotics to reach them,” explained Harrison. “But unlike many modern antibiotics, Bald’s eye salve has the power to breach those defenses.”

“It is exciting that this team were able to validate an ancient traditional remedy,” said Cassandra Quave, Ph.D., an ethnobotanist at Emory University. Quave has conducted lab studies on the use of plant compounds with antimicrobial properties. “It demonstrates that traditional medicine – which 80 percent of the world still uses – isn’t just old wives’ tales but has science behind it. But the challenge of getting anything to market is the regulatory hurdles.”

Quave emphasizes that even though it has plant origins, the ancient remedy and others like it, are not eligible to be approved as dietary supplements under the current regulations. If researchers claim a clinical effect by a remedy such as this, they would likely have to go through channels with the FDA for new drug investigational approval.

Even diluted, it still provides protection 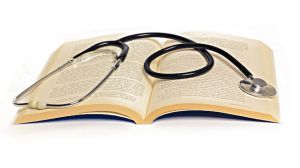 Taking into account that a diluted remedy may have less significant results, they diluted it until it was unable to outright kill the Staphylococcus aureus bacteria. Even then, it was able to interfere with the ability of the bacterial cells to communicate with each other, known as quorum sensing. Cell-cell communication is vital in the ability of bacteria to activate genes that can damage infected tissues. Scientists now believe blocking the bacterial cell-cell communication could provide an alternative means of infection treatment.

According to Rumbaugh, “We know that MRSA infected wounds are exceptionally difficult to treat in people and in mouse models. We have not tested a single antibiotic or experimental therapeutic that is completely effective; however, this ‘ancient remedy’ performed as good if not better than the conventional antibiotics we used.

“The rise of antibiotic resistance in pathogenic bacteria and the lack of new antimicrobials in the developmental pipeline are key challenges for human health. There is a pressing need to develop new strategies against pathogens because the cost of developing new antibiotics is high and eventual resistance is likely.

“Right now, this is a crude solution with a number of ingredients. They will have to figure out what the active ingredient is.”

Future possibilities
If scientists hope to someday get a formula licensed through the FDA, they will have some big hurdles in their way. The formula would need to be taken apart and put together until the active component is identified, and the product is perfected.

“What you normally do with a complex mixture is, extract out the fat-soluble and water-soluble compounds, separate the chemicals in each, and test them individually for the effect you are looking for – anti-staphylococcal activity, in this case,” explained David Kroll, Ph.D., a natural-products pharmacologist and writer of the Take as Directed blog for Forbes. “And then, if you are claiming synergy between the components, you have to put them back together, and test the results again. The mixture has to be highly defined, and highly reproducible.”

The next phase would require clinical trials if they were seeking to have it licensed as antibacterial. The FDA requirements for clinical trials are notorious for being huge obstacles for highly funded pharmaceutical companies.

The FDA approved a faster, streamlined process for licensing approvals around ten years ago. In the past decade since that new process was put in place, the FDA has received over 500 new plant-based medication applications. Of all those applications received, they have only approved two.