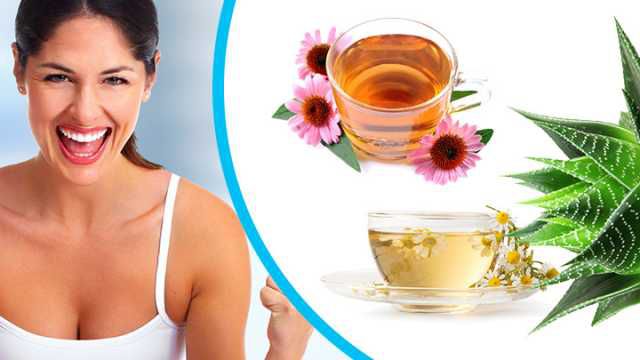 Ancient civilizations did not have to worry about GMOs, pesticides and modern day illnesses. They did, however, suffer from the same immune-suppressing ailments that modern-day man suffers today. But without the use of pharmaceutical drugs at their disposal, they relied on the wisdom of generations past to support their health and wellbeing. Much of that healing wisdom has been buried under modern day medicine. Still, there are some powerful ancient remedies that have stood the test of time, which continue to heal today.

How did ancient civilizations strengthen immunity?

In ancient Greece, Hippocrates focused his medical practice on the natural approach for the treatment of diseases. To understand a person’s health, he looked at the patient’s mind — healthy mind, healthy body. He also emphasized a need for harmony between the individual, social and natural environment.

When it came to immune-boosting remedies, ancient people looked to their gardens for healing foods and herbs. You can do the same. Here are five ancient remedies used to strengthen the bodies.

Garlic may be a flavorful seasoning, but it dates back thousands of years as a traditional medicine to strengthen the immune system. In fact, according to Sophia Norbert in “Garlic Herbal Remedies – The Best Garlic Natural Cures for Health and Beauty” there are several records noting the medicinal use of garlic in ancient Chinese literature to strengthen their labor force.

Additionally, records show that ancient Egyptian slaves were given garlic to strengthen their stamina and immunity while building the pyramids. So it’s not surprising that garlic contains many important compounds, which supports a host of health benefits. One of the key compounds is allicin. Allicin is a sulfur compound that gives garlic the strong taste and smell when it’s crushed.

Garlic is rich in antioxidants that help protect against free radicals that build up over time, suggests the University of Maryland Medical Center. Free radicals contribute to heart disease, cancer and Alzheimer’s disease. According to a South African study, the effects of garlic are subtle. But, nevertheless, they should be considered as a dietary anti-inflammatory supplement that, over time, may lead to the reduced risk of certain types of cancers.

Garlic has natural antibacterial and antiviral properties. It helps fight germs that cause the common cold. But it’s best known for its antioxidant properties that help build the immune system and lessen the duration of a cold.

Echinacea is one of the most popular traditional herbs in North America. Native Americans have used echinacea for hundreds of years. But evidence suggests that echinacea was also used by ancient cultures to treat infections and boost immunity.

Today, many people use echinacea to treat the common cold and reduce symptoms like sore throats, coughs and fever. After reviewing several studies, scientists from the University of Connecticut School of Pharmacy found that echinacea shortens the duration of a cold and also reduces the odds of developing a cold — by 58 percent!

Echinacea is most commonly consumed as a tea. Loose leaves are available from most health food stores.

Aloe vera is one of the oldest medicinal plants on record. According to history, ancient Chinese and Egyptians once used aloe vera to treat burns, wounds and reduce fever. Legend has it that Alexander the Great conquered the island of Socotra, off the coast of Africa, to secure supplies of aloe vera for his wounded soldiers. It’s also said that Cleopatra even used aloe vera in her daily skin regime.

Most know that aloe vera has healing and softening properties when applied topically. But did you know that aloe vera also has digestive benefits as well? Aloe vera contains a host of vitamins, enzymes, amino acids and minerals that, when taken orally, promote nutrient absorption, good digestion and help strengthen the immune system!

Research published in the Journal of Environmental Science and Health suggests that aloe vera contains antibacterial, antiviral and antifungal properties that help cleanse the body of toxins and invading pathogens. Additionally, aloe vera has anti-inflammatory properties that can balance the immune system and reduce the effects of seasonal allergies, rheumatoid arthritis and other inflammatory immune disorders.

When used topically, aloe vera does more that just treat buns. According to Dr. Josh Axe, aloe vera can also help speed wound healing, heal cold sores, soothe rashes and moisturize the hair and scalp. Simply cut a piece of aloe from the plant and rub into the affected area. Aloe vera is also available in gel, lotions and juices.

Today, mint has become a go-to herb that helps relieve indigestion and heartburn. But that not all. Mint’s refreshing nature and anti-inflammatory properties can cool the skin and help treat minor burns and skin irritations.

It’s also a great breath freshener, palate cleanser and helps promote digestion. Research suggests that mint may also soothe nausea and even motion sickness. According to the University of Maryland Medical Center mint is very effective in clearing up congestion and loosening phlegm.

You can certainly chew mint leaves, but one of the best ways to enjoy mint is in a steaming hot cup of tea.

Chamomile is probably one of the most ancient medicinal herbs known to mankind. The Egyptians dedicated the chamomile to the sun, and worshiped it above all other herbs for its healing properties, according to the Herbal Encyclopedia. In fact, hieroglyphics show that chamomile was used cosmetically for at least 2,000 years. Apparently, Egyptian royalty used preparations of crushed petals on their skin. Greek physicians also prescribed chamomile for fevers and female disorders.

When consumed in a tea, chamomile has anti-inflammatory and antiphlogistic properties. It also promotes anticancer activity, cardiovascular health and gastrointestinal conditions. But there’s no disputing that chamomile is also soothing to the senses and helps promote relaxation.

Traditionally, chamomile tea has been used to treat insomnia and to induce calming effects. It’s also widely regarded as a mild tranquilizer and sleep-inducer.

Today, pharmaceutical drugs are often over-hyped and have kept modern man away from natural ancient remedies. When ancient people needed to heal and strengthen their immune systems they looked to plants. Perhaps you too can incorporate a few of these ancient remedies into your life.

Ancient remedies work. They don’t use harsh chemicals, they’re inexpensive and usually do not produce any side effects. Unfortunately, you can’t say the same for pharmaceuticals.