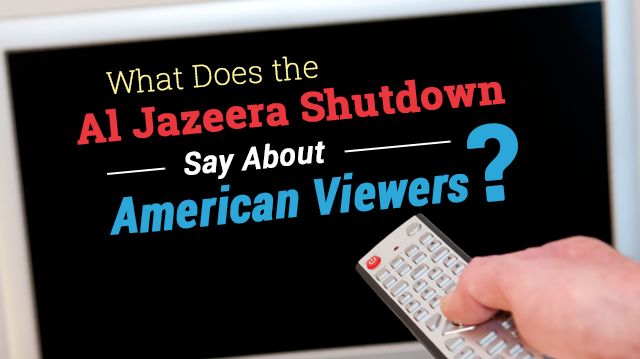 Sensationalist news headlines of little depth are readily accessible via personalized feeds on social media outlets, yet one must actively search to find substantive news articles.

The same goes for television news networks, where catchy headlines and haughty on-air arguments supercede a viewer’s ability or desire to access serious information regarding current events. It’s easy to point the finger at the media for propagating mindless information, yet it is also important to understand the consumer’s role in the increased proliferation of fluff-filled, uninspiring news.

The recent announcement of TV news channel Al Jazeera America’s (AJA) impending shutdown may be an indication of just how few American news consumers are interested in in-depth reporting.

The Qatar-backed cable news network went on air in August 2013, promising its viewers to provide contextualized, serious news reporting devoid of the sensationalism and hyperbole so often seen on American television news. While Al Jazeera America has won multiple awards for its excellence in journalism, their decision to close their doors was purportedly economic.

In other words, critical news coverage could not find a sustainable audience within the mainstream American populace.

As major news networks and centuries-old print newspapers die out in droves due to dwindling audiences, small online news agencies and viral content sites are being propelled to the forefront. The reason is greatly attributed to a little-understood social media algorithm that personally tailors newsfeeds on social media sites to individualized expressed interests.

The data design takes into account posts you’ve liked, links you’ve clicked on and recent searches to provide social newsfeeds, plus a bevy of custom-made information molded to your personal interests. More often than not, stories of social interest override interest in hard news.

Take a look at your current Facebook feed, and you may discover things about your own personal interests of which you were not previously aware. Is your newsfeed filled with links to critical news, or loaded with cute kitten videos and entertainment gossip? Though you might be unaware, the information with which you are being inundated on social media is information that you ultimately asked for — or at least, that your behavior implied you wanted the most.

In this ever-growing climate of consumer-driven media, it is likely impossible for serious print and television news networks to keep up with demand for access to individualized information, especially when the demand is for Kardashian updates or crime stories of little national consequence. AJA’s viewership was incredibly low, with just 20,000 viewers tuning in despite availability in more than 54 million homes.

As such, many news agencies, including Al Jazeera America, are beginning to focus their attention online, where they can reach their audience on a more personal level.

While it may be argued that it is simply the medium rather than content of online news that obscures the demand for print and television news consumption, it is undeniable that sensationalist news is more marketable than issues of global importance. Being driven by the need to survive economically in a media-saturated world, news agencies either adapt to consumer demand — which is often entertainment — or shut their doors.

But AJA’s closure may also be indicative of rising Islamophobia in the West. As suggested by former CBS news president Andrew Heyward, a media brand associated with the Arab world is difficult for an American audience to digest.

The rise of extremist groups such as ISIS means a pervasive fear surrounding Islamic extremism is increasing. That fear of attack by a small faction of extremists, however unlikely, seems to have turned into a generalized skepticism, and even ostracism, of Islamic faithful as well as Arab or Middle Eastern culture in general.

The fact that a respectable news agency is unable to find a sustainable foothold among the American viewers partly because of simply having an Arabic name should be cause for concern.

AJA’s headquarters are in New York City, yet the mere association between the American-run news agency and its Middle Eastern counterpart was enough for some to shun the corporation. It raises the question of whether American society, and Western society in general, has become so fearful that we are unwilling to accept anything Arab, Muslim or Middle Eastern into our homes. 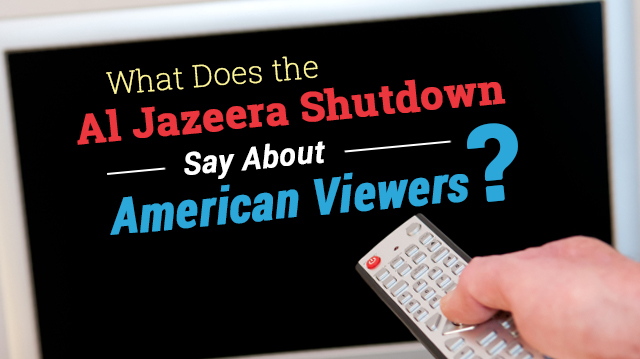 The shutdown of Al Jazeera America should elicit introspection regarding American news consumers. Are we more interested in receiving updates regarding celebrity breakups than we are in accessing information of national or global importance? Have we become so duped by consumerism and the entertainment industry that we passively digest the banal in lieu of actively seeking critical current issues?

Or, perhaps even more alarming, have we become so entrenched in the narrative of fear regarding Islamic extremism that we reject the notion that anything reputable or trustworthy could be produced by a company based in the Middle East?

It may seem that we are passive bystanders in a consumer world. Yet we must understand our role in what and how we demand the information with which we are being supplied. With the world literally at our fingertips with the click of a mouse, we have access to endless pertinent information, but it is up to us to actively seek it.

With access to this information, too, we gain the capacity to make intelligent, informed decisions regarding the world in which we live. But it is up to us to take initiative and become conscientious, active citizens, rather than apathetic bystanders.