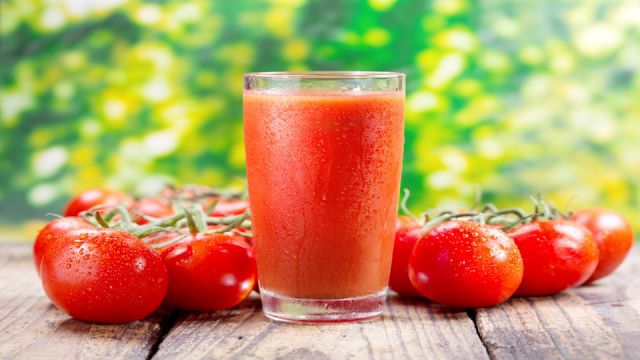 Cardiovascular disease (CVD) is the biggest cause of mortality worldwide. According to the World Health Organization  (WHO), cardiovascular diseases were responsible for 15.2 million deaths around the world in 2016. Sadly, even if one does not die from a cardiovascular event, it places a tremendous burden on the body and can drastically reduce the quality and duration of life.

The good news is, there are several lifestyle changes that can be made to lessen the risk of a cardiovascular event, including using non-pharmacological methods to reduce blood pressure. A recent study points to a familiar vegetable juice as a possible dietary measure to keep blood pressure in check.

What is blood pressure?

Blood pressure is the measurement of the force of the bloodstream against the inside walls of the arteries. Arteries are blood vessels that transport blood from the heart to the rest of the body. The responsibility of the veins is to bring the blood back to the heart.

Out of control blood pressure damages your arteries. When arteries become weak, they are not as effective at moving blood around the body. Cholesterol plaque can also form in the scar tissue that is created by long-term hypertension.

High blood pressure increases the risk of stroke, heart attack, and cardiovascular problems in general. It is certainly something you don’t want to leave untreated.

Essential hypertension, also known as primary hypertension happens when high blood pressure develops over time without any apparent cause. Secondary hypertension can be traced to a specific secondary cause including:

In addition, your risk of high blood pressure may also increase with the following factors:

How to treat high blood pressure

There are a number of ways that you can help to lower your blood pressure by making some changes to your lifestyle including:

Some medications can help to decrease blood pressure; however, they come with risks. The following drugs are commonly prescribed:

It is possible that your doctor may prescribe stains for you to help control your blood pressure. These drugs are generally used to lower cholesterol by lowering the amount of cholesterol plaque that builds up in the arteries.

Statins inhibit the proper functioning of the body at a cellular level. By blocking LDL ‘bad’ cholesterol, statins also block essential nutrients such as CoQ10, beta carotene, and vitamin E from reaching the mitochondria of the cells. CoQ10 is essential for a healthy heart, and cholesterol itself is key for brain function and hormonal balance, along with other system-wide processes.

The documentary Statin Nation: The Great Cholesterol Cover Up presents a great deal of research supporting the hypothesis that lower LDL cholesterol does not lower the risk of heart disease. In fact, it creates many additional problems.

As you can imagine, there is much controversy around the use of statins and whether or not they do, in fact, help lower blood pressure. One thing is for certain, these drugs are not without risks.

A paper published in the American Journal of Cardiovascular Drugs makes note of 900 studies indicating the adverse effects of statins. However, one issue with statins is that side-effects don’t appear immediately.

A person may take a statin drug and experience the desired effect of lowered cholesterol and have the false impression that the drug is doing “all good.”

As side effects of the drug begin to appear, they are often not associated with the drug but rather diagnosed as new problems requiring treatment. This may result in additional drugs and therapy and even more side effects.

Some people who take statin drugs over a long period experience such things as:

In addition, other serious and sometimes life-threatening side effects have been found and include:

Could tomato juice be the answer?

Study authors noted, “To the best of our knowledge, the current study is the first to investigate the effects of tomato or tomato product intake on cardiovascular disease risk markers over the course of a year and over a wide age range.”

What’s so great about tomatoes?

Tomatoes contain a number of potent bioactive compounds including carotenoids, vitamin A, calcium, and gamma-aminobutyric acid which all play a part in maintaining physical as well as psychological health, including the prevention of CVD.

Lycopene is a carotenoid in tomatoes that gives pink and red-colored fruits and veggies, including tomatoes their hue. Lycopene has been widely studied for its role in protecting against cancer, and has also been found to improve heart health.

There have also been studies indicating that lycopene can have a positive impact on blood pressure. Previous reports have shown that drinking unsalted tomato juice for eight weeks improved elevated triglyceride levels in middle-aged Japanse women.

How much tomato juice should I drink?