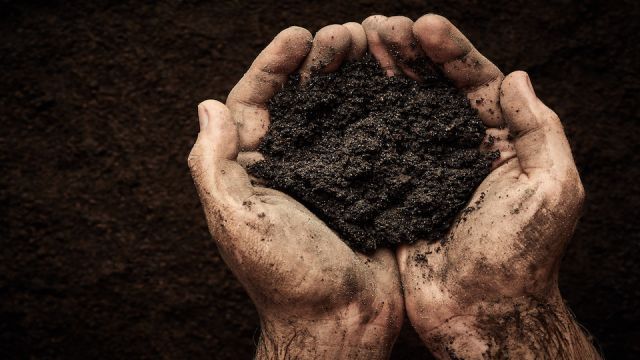 Kids are inevitably drawn to dirt. They love to play in the soil and get their hands (and everything else) dirty. Instead of deterring them and shooing them back indoors to the sterile environment of the home, new research suggests we should actually join them. Scientists have identified an anti-inflammatory fat in soil-dwelling bacterium that could revolutionize the way we look at stress and inflammation.

One study, performed at the University of Colorado at Boulder and published in the journal Psychopharmacology viewed the relationship between bacterium, Mycobacterium vaccae, and various stress-related disorders. The study showed that there is a significant link between exposure to healthy bacteria and mental health.

Christopher Lowry, senior author of the study, and Integrative Physiology Professor said, “The idea is that as humans have moved away from farms and an agricultural or hunter-gatherer existence into cities, we have lost contact with organisms that served to regulate our immune system and suppress inappropriate inflammation. That has put us at higher risk for inflammatory disease and stress-related psychiatric disorders.”

Lowry’s research comes decades after another scientist who looked at the connection between early exposure to various microorganisms and immune system response later in life. David Strachan coined the term “hygiene hypothesis” in 1989 with his research that proposed a link between the increasing sterility of the modern world and increased rates of impaired immune systems and more cases of allergies and asthma. The idea is that children were not exposed to as many germs and were, therefore, not given the tools to develop an appropriate immune system response.

In the years following his somewhat controversial hypothesis, scientists and researchers have since determined that it is not so much a lack of exposure to harmful germs and bacteria that causes a weakened immune response, but rather a lack of beneficial microbes that are found in the soil and outdoor environment.

Lowry and other scientist have long been fascinated by this concept and have conducted numerous studies on soil-dwelling bacteria. One study, in particular, showed that when the particular bacterium, Mycobacterium vaccae was injected into rodents, it altered their behavior in a manner similar to anti-depressants. In fact, it was even shown to have long-lasting anti-inflammatory effects on the brains of the mice. Of course, chronic inflammation has been connected to stress-related diseases, mental health issues, and various physical ailments.

The whole idea behind these studies is that when the body is introduced to “old friends” found in the soil and environment, it responds favorably. The bacteria also act as a protective agent and could make cells more resistant to inflammation and negative stress responses.

Other reasons to spend time in the dirt

Playing in the dirt often means more time in the sun. Vitamin D protects your bones and immune systems. Sun safety measures are important, but not enough time in the sun isn’t healthy and could lead to adverse effects.

A close relationship with nature

Spending time near the earth, whether gardening or hiking outdoors allows you to get back in touch with nature and develop a more intimate relationship with the world we live in.

Grounding, also known as “earthing,” is simply having our feet and bodies in contact with the earth. As we explored in a previous article, doing this regularly may lead to a reduced risk of many chronic conditions.

Why you should let your kids play in the dirt

Don’t deter your curious child from playing in fresh soil. Yes, it will be a little messy, but the benefits are worth it.

It may lessen the chance of developing allergies

Along with helping to strengthen the immune system, playing in the dirt may diminish a child’s chance of developing allergies. This is because gradual exposure to allergens in your area can allow the body to become accustomed to them.

It has been found that children raised on farms suffer from fewer instances of allergies and autoimmune conditions than children not raised on farms. A big part of this is dirt exposure.

It may boost their brains

A body of research has found a link between time spent in the outdoor environment and increases in kids’ cognitive skills. For one example, a 2004 study published in the journal Environmental Education Research found that an environmental education course positively affected the critical thinking skills of high school students.