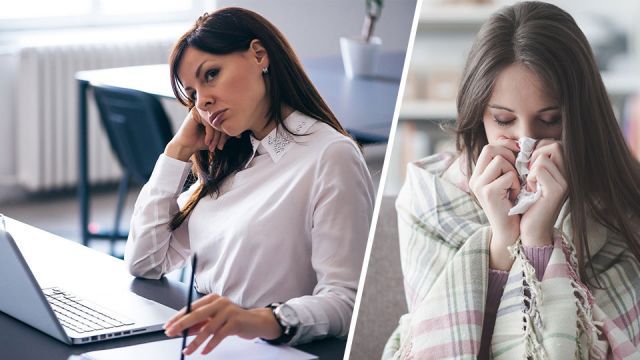 Recently, I heard a very interesting song entitled “My Mind’s Got A Mind Of Its Own.” The tune was written by Jimmie Dale Gilmore, but it is also covered by a group named Phish. The lyrics convey a feeling I think most of us can relate to — the notion that we are often at odds with ourselves:

My mind’s got a mind of its own

Takes me out to parties when I’d rather be alone

My mind’s got a mind of its own

I’ve been doing things I thought I’d never do

I’ve been getting into trouble without ever meaning to

I feel just like a leaf out in the wind…

So often, we think thoughts that seem alien to us. Indeed, our emotions and unconscious instincts can sometimes seem like gusty breezes that blow our egos to and fro. At times like these, feelings of harmony between mind and body can seem quite elusive.

Nevertheless, a harmony between mind and body is something I believe most of us view as an ideal state. Feelings of wholeness, balance and happiness are deeply intertwined, Conversely, dissatisfaction, anxiety and fragmentation seem to arise when the body and mind are not aligned.

Of late, the relationship between mind and body has attracted a great deal of interest among both psychologists and health practitioners. Do positive mental states, for instance, help foster health and healing?

Of course, wellness cannot simply be conjured into existence by thinking good thoughts. After all, robust health depends on many factors such as genetics, proper diet and avoiding environmental toxins. Nevertheless, scientific research strongly suggests that attitude does play a role when it comes to wellness outcomes. With that in mind, here are five ways that psychology may shape physical health:

According to Dr. Lisa Aspinwall, “There are some very interesting studies linking optimism to better immune function.” One study involving first-year law students, for instance, found that immune function was closely correlated with outlook. For example, when students were pessimistic about their academic future, their immune function appeared to decline.

Most research points to a strong link between optimism and health. However, scientists still do not agree on the precise biological mechanisms involved. Nevertheless, numerous studies have linked a sunny disposition to lowered levels of the stress hormone cortisol, which is often a marker for diseases like hypertension, cancer and osteoporosis.

2. Stress is a killer

Stress has been called a silent killer and numerous studies suggest that it can take a decade or more off a person’s life. Evolution has equipped us with “the fight or flight response,” which is a defense mechanism designed to keep us safe in times of acute danger.

When faced with an immediate threat, our bodies are flooded with hormones like adrenaline and cortisol, which provide a quick burst of energy. Consequently, our pupils dilate, blood sugar levels rise and our muscles are oxygenated.

In the short term, this is a perfect strategy for escaping danger. When the fight or flight response is triggered chronically in response to low-level threats, however, the high levels of stress hormones tend to undermine our immune function, digestive systems and other organs.

In particular, abnormally high cortisol levels have been linked to fatty liver disease, cardiovascular problems and type 2 diabetes. Finding ways to manage stress — through dietary changes, exercise or meditation — can be key to staying healthy.

3. Negative emotions can be toxic for your wellbeing

In 2014, for example, scientists at the University of Pittsburgh found that chronic negative emotional states — anger, depression and severe anxiety — were associated with elevated levels of interleukin-6, which is involved in the body’s inflammatory response.

Dr. Peter Gianaros, who led the Pittsburgh study, believes that “the same brain areas involved in emotions are also involved in sensing and regulating levels of inflammation in the body.” If his theory proves correct, then managing emotions can be thought of as the first line of defense when it comes to preventive medicine.

Human beings are social creatures and feelings of isolation can be as deadly as smoking, drinking and other risky habits. For example, studies show that an extremely isolated person faces a 29 percent greater chance of suffering a heart attack and a 32 percent higher chance of having a stroke. Conversely, patients who are embedded in close-knit social networks have faster and better recoveries than individuals who are not part of a caring community.

According to psychologist Robert A. Emmons, “Clinical trials indicate that the practice of gratitude can have dramatic and lasting effects in a person’s life.”

Studies bear Emmons out. For instance, research conducted by Paul Mills at the University of California San Diego’s School of Medicine found that gratitude was linked to better sleep, improved immune function and superior cardio health.

Mills also found that gratitude was correlated with:

Mills summed up his findings by noting, “Gratitude works because, as a way of perceiving and interpreting life, it recruits other positive emotions that have direct physical benefits, most likely through the immune system or endocrine system.” He adds, “When I am more grateful, I feel more connected with myself and with my environment. That’s the opposite of what stress does.”

Disease and imbalance are intrinsically linked

A lack of harmony between mind and body is usually symptomatic that we’re not operating optimally. Understanding how psychology impacts physical well-being cannot prevent or cure every ill, but it can still be an important part of better health.