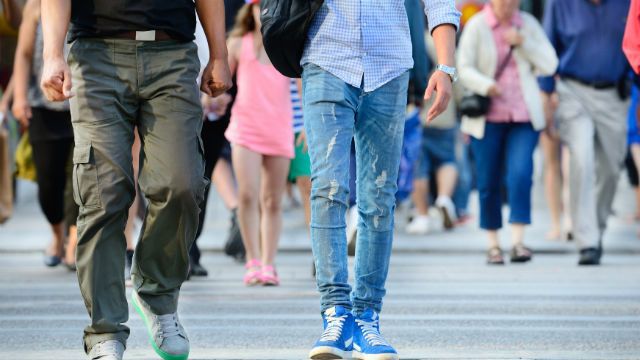 The modern lifestyle habit of sitting down for hours on end is creating a public health crisis, and is among the most detrimental things we can do to our bodies. Research shows that sitting for too long can be dangerous ; we need to do more on our feet to keep ourselves from the high risks associated with a sedentary lifestyle.

Prolonged sitting has been found to raise the risk of obesity and heart disease, as well as increasing the risk of early death. It can also cause notable damage to artery function. In fact, Dr. Anup Kanodia of Ohio State University recently called sitting “the new smoking,” comparing its ill effects  to those of smoking cigarettes.

However, there is good news: a new study published in the journal Medicine & Science in Sports & Exercise has found that breaking up sitting time with short, leisurely walks can reverse much of the arterial damage that this sedentary activity causes.

For the study, twelve men who were not considered obese were divided into two groups. One group sat for three hours without getting up and moving around, and the other group sat for three hours, but got up three times to walk slowly on a treadmill. The pace was slow, only about 2 miles per hour, but the benefits were nonetheless notable for the walking group.

When researchers performed a femoral artery ultrasound on study participants after the three hours, they found that the arteries of the men who did not get up during their sitting time showed a 50 percent decrease in dilation.

They also observed a lowered circulation rate. However, in the men who had walked intermittently throughout the three-hour sitting, there was no decrease in the dilation of the femoral artery. This is an important artery, as it is responsible for the blood supply to the leg.

While more research needs to be done on a larger scale, these study results are telling, and emphasize just how much moving around is necessary to counteracting our sitting time.

So, no more excuses – get up and take a walk!