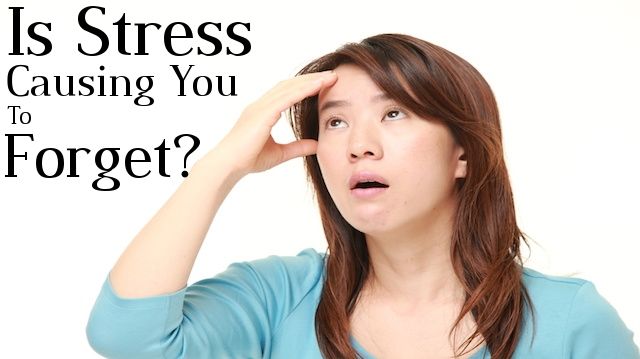 Stress occurs when circumstances around you or involving you become overwhelming and your brain is unable to cope with the circumstances.

This causes a flare up in the stress-reactive areas of the brain: the amygdala, locus coeruleus, and the paraventricular nucleus of the hypothalamus. The activation of these stress-reactive regions causes a flood of concentration affecting hormones to enter the blood. These hormones are epinephrine, norepinephrine, and cortisol. These hormones cause negative effects on your mind and body.

In research collaboratively done by the National Center for Biological Sciences in Bangalore, India and the Department of Neurophysiology, National Institute of Mental Health and Neurosciences in Bangalore, India, it was found that electrical signals in the brain that are linked with the formation of factual memories are significantly weakened as a result of stress. Simultaneously, the areas in the brain that are connected to emotions are strengthened by stress.

In layman’s terms, when we are struggling with a lot of stress, we tend to disregard factual information about circumstances and instead are seriously affected by our emotional experiences.

“Our findings suggest that the growing dominance of amygdalar activity over the hippocampus during and even after chronic stress may contribute to the enhanced emotional symptoms, alongside impaired cognitive function, seen in stress-related psychiatric disorders,” explained researchers. 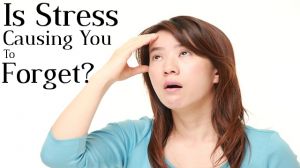 In a study by researchers at Yale Medical School, it was discovered that an enzyme in the brain called protein kinase C (PKC) is activated when people experience stressful situations beyond their control. This PKC directly impairs short-term memory abilities and other prefrontal cortex functions involving the executive decision region of the brain.

PKC is also associated with schizophrenia and bipolar disorder. A first occurrence psychotic episode could be prompted by extremely stressful and possibly life-altering situations. Because of the area of the brain that is affected, researchers believe that PKC may be linked to impulsiveness, impaired judgment and distractibility that is seen with those illnesses.

“These new findings may also help us understand the impulsivity and distractibility observed in children with lead poisoning,” said Dr. Amy F. T. Arnsten, professor of neurobiology and psychology. “Very low levels of lead can activate PKC, and this may lead to impaired regulation of behavior.”

Feeling out of control is the trigger
Arnsten says that the sensation of overwhelming stress can be similar to those felt when suddenly exposed to loud noise or being panicked before an exam.

“It doesn’t have to be traumatic, as long as you feel out of control,” explained Arnsten. “Control is the essential factor… If you are confident, you don’t have these problems.”

PKC has direct effects on the area of the brain that allows for abstract reasoning, that is constantly updated with working memory. It is believed this effect of PKC evolved as a protective mechanism in case of danger.