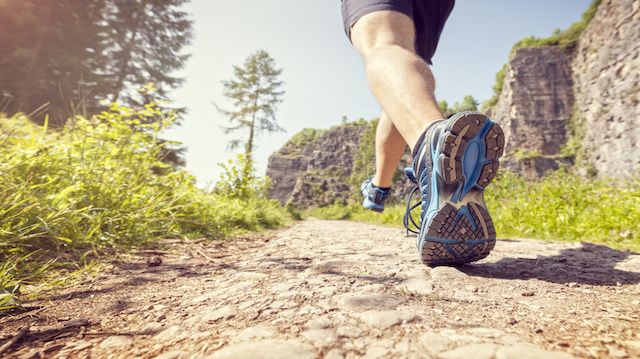 Most of us have some ideas about the best exercises to strengthen our arms, legs and abs, but do you know which exercise is best for bulking up your brain? Finnish researchers have taken the first step toward answering this question by examining the brain-boosting effects of three different types of exercises in rats.

The study, which was the first of its kind, compared the neurological impacts of three different kinds of exercise: running, weight lifting and high-intensity interval training. Specifically, researchers wanted to learn which one of these exercises would trigger the biggest increase in new brain cells — or the highest level of neurogenesis — in the hippocampus. The results suggest that the most high-intensity workouts may not be the best for your brain.

In order to answer this question, researchers injected male rats with a substance that marks new brain cells as they form and then divided the rats into four groups based on the type of workout they would perform — with one group remaining sedentary.

Rats in one group were given a wheel and were allowed to run whenever they wanted, with most rats in the group jogging several miles every day. Rats in another group — the weight lifters — climbed a wall with tiny weights attached to their tails. The high-intensity interval group underwent what was perhaps the most elaborate training regimen. According to The New York Times, “For this regimen, the animals were placed on little treadmills and required to sprint at a very rapid and strenuous pace for three minutes, followed by two minutes of slow skittering, with the entire sequence repeated twice more, for a total of 15 minutes of running.”

After seven weeks, researchers examined the rats to see what changes had taken place in their brains. It turned out that the three different exercises produced very different results. The weightlifting rats experienced no change in neurogenesis in the brain, or no growth of new cells compared to the sedentary rats. The interval-training rats, on the other hand, experienced moderate levels of neurogenesis compared to the sedentary.

But it was the running rats who gave researchers the biggest surprise. The brains of rats who ran daily showed enormous growth in the number of brain cells in the hippocampus. The New York Times reports, “Their hippocampal tissue teemed with new neurons, far more than in the brains of the sedentary animals.” And that’s not all, the amount of new cells in the brain seemed to be correlated with the distance the rats ran. In other words, the more miles covered by a runner throughout the experiment, the more new cells its brain contained after seven weeks.

Since the study was done on rats, it’s not clear whether the results will translate to humans. But the results were suggestive enough for lead researcher Miriam Nokia, a research fellow at the University of Jyvaskyla who led the study, to say, “Sustained aerobic exercise might be most beneficial for brain health also in humans.” Nokia also noted that just because weight training and high-intensity interval training may not lead to high levels of neurogenesis does not necessarily mean that these activities don’t benefit other parts or systems of the brain.

She plans to continue investigating the effects of exercise on the brain in future research. But until then, the study provides one more great reason to go for a run.

Note: If running’s not possible for you, don’t worry! There are other ways to support the health of your brain. Ways we’ve covered before include include eating whole foods and healthy fats, avoiding extreme diets and keeping a healthy BMI, exercising regularly, getting enough sleep and meditating.