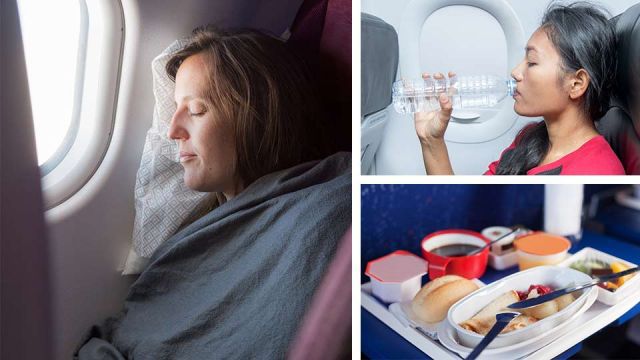 The year 2017 has not exactly been the best year in terms of the public’s perception of airplane travel. There’s the infamous United incident where a doctor was forcibly removed from a plane (and, in the process, injured) when the airline had overbooked the flight and randomly selected him to disembark. Even as recent as September of this year, a woman was forced from a Southwest flight for complaining about her allergies of another passenger’s dogs. Still, in spite of some staggeringly bad PR, airline travel is as popular as ever with more than 2.5 million passengers flying every single day.

And while it might not be the Golden Age of Flying from the 1950s and 1960s thanks to Pan Am and Concorde, more and more airlines are stepping up to offer their passengers unparalleled service at 35,000 feet. Companies from Qatar Airlines to Emirates and even British Airways now boast everything from caviar and champagne to onboard showers and a full-service bar.

However, while some first-class accommodations feel more like five-star resorts with wings, behind every perfectly fluffed pillow and satin eyemask lurk secrets that pilots and flight attendants are sworn to protect. Some might seem fairly obvious, while others are totally shocking (do you know where the dirtiest part of the airplane is?).

To get this information on how to protect your health during air travel, I went right to the source. I am fortunate to be friends with two commercial pilots and a flight attendant for one of the world’s busiest and most popular carriers. With a little prodding and the promise of anonymity, I got them to dish the dirty details. Here’s what they said…

Much like going to certain countries, one must exercise extreme caution when it comes to drinking any water that isn’t bottled on airplanes. While staying hydrated is important — especially on longer flights — the real issue relates to the water tanks onboard. While they do get cleaned, there are no firm regulations on how often that should be, which means it could be very long periods in between cleanings. A study conducted by the Wall Street Journal as far back as 2002 tested the water on 14 different airplanes and found the bacteria levels to be “hundreds of times above U.S. government limits.”

The solution? Purchase bottled water inside the airport before taking off. Or, bring a reusable water bottle in your carry-on bag to fill-up at one of the designated water filling stations throughout the terminal. Onboard, don’t be shy asking the flight attendants for refills. A good rule of thumb is to consume eight ounces of water for every hour you’re in the air.

2. BYOB (Bring Your Own Blanket)

Whether you’re preparing for a long overnight flight or just the chilly temps brought on by the cold, recirculated air, it usually seems like a good idea to cozy up under one of the provided blankets and pillows. Unfortunately, you aren’t the only passenger on the plane to have had that idea — which means that snuggly blanket has been enjoyed by everyone on the flights before yours and usually just get folded and replaced in the overhead compartments in between flights.

Instead of subjecting yourself to (potential) germs from strangers, plan ahead by packing a small blanket or wrap that can double as a blanket onboard. If you find yourself aboard without a blanket and a case of the shivers, your next best bet is to kindly request a blanket from a flight attendant that is still wrapped in plastic.

3. Wash your hands and keep your shoes on

Typically, airline workers have less than five minutes in between flights to completely clean the plane before the next round of passengers board. This means they are looking for major issues and pieces of garbage left in the seat back pockets or on the floor.

And forget about the bathroom getting scrubbed after landing! As my flight attendant friend divulged to me, there are more messes in the bathroom than people may realize — which only further stresses the importance of washing your hands after use and taking advantage of the tissues to act as a guard between your hand and the door and lock.

And please, always keep your shoes on. According to my friend, many passengers take their shoes off once they have settled into their seat on a plane — and then keep them off for the duration of the flight. This means that, yes, people are going into the lavatories without shoes. And as she so eloquently put it, “that’s definitely not water on the floor.”

4. Avoid foods that need to be refrigerated

While some airline carries go above and beyond to offer five-star dining onboard, for most carriers, the food should be avoided — and not just because it is usually loaded with preservatives, sodium and trans-fats that can contribute to bloating and dehydration. Most planes do not have large refrigerators, which means that food can be left out for hours at a time.

It’s not just passengers that should be wary of the food. It is a rule that the pilot and co-pilot are fed different meals in the instance that one of them gets food poisoning and is rendered unable to fly. Although, as my friends who are commercial pilots explained to me, most airline workers pack their own food and snacks.

Some things that can be consumed include the tiny packages of pretzels or cookies — although remember to enjoy in moderation and opt for water-soluble snacks instead, like fruit or salad.

5. Exercise caution with the tray table

Not everyone uses it for eating or propping up their laptop. Perhaps the biggest secret of airplanes is that people use the tray table for changing diapers, making it the dirtiest place on the entire plane (yes, even more than the bathroom). If you do use the table to eat, cover the entire surface with napkins to prevent any germs from further contaminating your meal.

In summary, planning for your next trip means planning for the plane ride to protect your health. Whenever possible, pack your own blankets and snacks, and remember to wash your hands frequently. Avoid traveling whenever you’re sick and keep on your socks and shoes at all times (which means wearing socks when having to remove shoes and going through TSA checkpoints). Keep these tips in mind to ensure the journey is just as enjoyable as the destination.