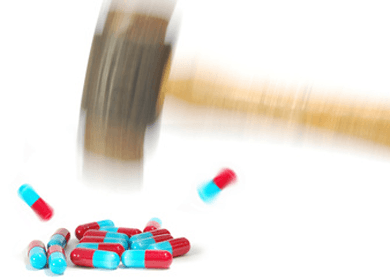 Our society is over-medicated, sicker than ever, and going broke along the way of ever-improving “health care reforms.” We are approaching the $4 billion annual prescription drug purchases mark which will reach an estimated direct cost of some $500 billion by the year 2015.

The current health care system is a drug system. More drugs do not equal health any more than more oxygen equals life. We are in need of a health renaissance that includes functional approaches to health care, finding out what is wrong and offering the body the appropriate physical, emotional, nutritional, spiritual connection.

It is false hope to look for pharmaceuticals to improve health without understanding the overall effects of these drugs.

Drug-induced Parkinsonism is the second most common cause of Parkinsonism. It is a common complication of antidepressants, calcium channel antagonists, gastrointestinal prokinetics, and antiepileptic drugs.

Acetaminophen (Tylenol ®) is the leading cause of acute liver failure in the United States resulting in approximately 140,000 poisoning cases, 56,000 ER visits, and approximately 100 deaths each year.

Non-steroidal anti-inflammatory drugs (NSAIDs) are the second leading cause of peptic ulcers resulting in more than 100,000 hospitalizations at an estimated $2 billion in additional healthcare costs and 17,000 deaths yearly.

NSAID use is also associated with cardiovascular mortality, particularly in the elderly. These are the drugs Celebrex and non-selective NSAIDs such as ibuprofen and naproxen.

The number of medication errors increases with people who have multiple chronic conditions. This problem will only increase as the population ages and the number of conditions an individual has increases.

“Adverse drug events” is the term used when the supposed appropriate drug is given and taken properly by the patients – they just have an unexpected side effect to the medication. These result in an estimated 2.5 million hospitalizations and 1 million urgent care visits resulting in an additional indirect cost of $65 billion each year to the health care system and result in about 100,000 deaths. However, there are current estimates that these adverse drug events are being underreported by a factor of 10 times. These numbers don’t even include the number of prescription drug mistakes, wrong medications, too strong of dosage, wrong combination of drugs, all of which is resulting in a high morbidity, mortality and costs to our health (sick) care system.

55% of all Americans take at least one prescription drug daily.

83% of the elderly (over 65 years of age) take at least one prescription drug daily.

75% of the elderly take four daily.

1.6 million teenagers and children are prescribed at least two or more psychiatric drugs in combination with no safety studies that support combining such medications are even safe.

300,000 children under the age of 10 are given two psychiatric drugs in combination.

The US ranks last in health care outcomes of all other industrialized countries.

Misrepresentation in marketing, conflicts of interest, and blatant drug research fraud and abuse run rampant within the pharmaceutical industry and it is costing lives. Consider who you will be working with:

Merck settles $688 million in lawsuits stemming from its delaying the release of unfavorable study results for its cholesterol drug Vytorin.  Meanwhile, the comany nets $6.66 billion.

GlaxoSmithKline pleaded guilty to alleged criminal activities, including unlawful promotion of certain prescription drugs, failure to report certain safety data, false price reporting involving its drugs; Paxil, Wellbutrin, Avandia, etc. They are to pay $3 Billion to resolve their criminal and civil liability and execute a five-year “corporate integrity agreement” with the US Dept. of Health and Human Services. In 2011 they recorded annual revenue of $43.9 billion.

Abbott Labs in 2012 agreed to pay $1.5 billion over allegations it promoted the anti-seizure drug Depakote for uses that were not approved by the FDA. Abbott annual revenue? $35.2 billion.

Pfizer was fined in 2009 for improperly promoting the use of drugs for purposes other than those for which they were approved.

Drug makers have been fined about $8 Billion in fines for defrauding Medicare and Medicaid over the last 10 years.

It is time to require non-drug practices as first-line approach to health care. Keep drugs as an alternative to offer a temporary stimulation or inhibition of body function.

True healthcare reform requires three major shifts in thinking: 1. Improve the health of a defined population; 2. Reduce the per capita cost; and 3. Improve the patient experience, in terms of clinical outcomes, patient safety and patient satisfaction.

“ I firmly believe that if the whole material medica, as now used, could be sunk to the bottom of the sea, it would be better for mankind and all the worse for the fishes.” ~ Oliver Wendell Holmes, Sr., from a speech he gave in front of the Massachusetts Medical Society May 30, 1860

Dr. Peter Lind practices metabolic and neurologic chiropractic in his wellness clinic in Salem, Oregon. USA. He is the author of 3 books on health, one novel, and hundreds of wellness articles. His clinical specialty is in physical, nutritional, and emotional stress. Dr. Lind also writes the monthly publication, The Alternative Health Report.