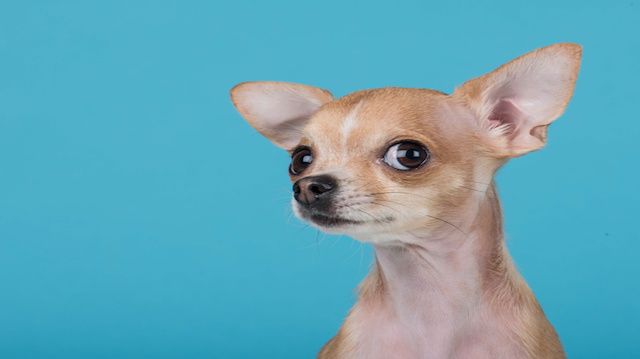 Moonie and Gidget, the Chihuahua starring in the Taco Bell commercials in the late ’90s, increased the popularity of this tiniest dog breed. If you’re interested in a small canine companion, the Chihuahua may or may not fill your bill. These little dogs have their pros and cons, but for the right person, they make a most devoted partner.

As the name implies, Chihuahuas originated in Mexico. In the late 1800s, American tourists in the Mexican state of Chihuahua came upon these little dogs and brought them into the United States.  These original “Chis,” as they are affectionately known, may have been crossed with other small dogs to create the modern Chihuahua.  In 1904, the first Chi — named Midget — was registered with the American Kennel Club.

Chihuahuas may sport either short or long hair, and appear in a variety of colors. The “apple-head” Chi — with a round, domed head — meets the breed standard, but some people prefer the “deer-head” version; these Chis boast longer muzzles and wedge-shaped heads. Gidget was a deer-head Chihuahua.

When full-grown, Chis stand a maximum of five inches tall at the shoulder. The AKC standard also decrees that Chis can’t weigh more than six pounds at maturity, but many non-show dogs are larger than that. However, it’s important not to let a Chi get overweight, which can lead to serious health issues.

The AKC describes the Chihuahua as “graceful, charming and sassy.” For their size, they’re good watchdogs. A Chi loves and lives for his person. They’re also:

Chihuahuas are hard to housebreak. There’s no getting around that fact, and even a fairly well-trained Chi may achieve only a 75 to 80 percent compliance rate. Chis get cold easily and don’t want to go outdoors. Their bladders are small and can’t hold much urine. If you can’t deal with a dog who is probably going to have “accidents” — even tiny ones — a Chi  isn’t a good choice. Other Chi issues include: 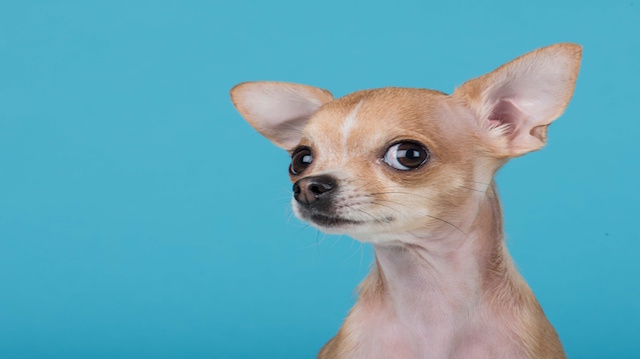 Because Chis are so fragile, they aren’t suitable for families with small kids. Keeping a Chi with a larger dog also poses issues, and not only because a bigger dog could easily hurt a Chi. These little dogs often aren’t fond of other canines and think nothing of challenging a big dog. The results aren’t pretty.

Chis are prone to health issues afflicting many small dogs, along with a few more prevalent in their breed. Common Chi health problems include:

The number one breed/type of dog surrendered to animal shelters is the pit bull. In many parts of the country, the number two position belongs to the Chi. Why are so many of these little dogs ending up in shelters, with a high number euthanized? The reasons outlined in the “con” section tell part of the story, but it’s often a case of former owners having no clue or interest in properly training the dog, allowing them to become tiny terrors.

Consider adopting a Chi from a rescue organization. These dogs have been fostered, and the person fostering the dog can tell you a lot about the animal’s temperament and behavior, and ensure the two of you are a good fit. With luck, you and your tiny friend will have a long, happy life together, just as Moonie did with his owner. He was a rescue Chi who made it big in Hollywood and in a home.