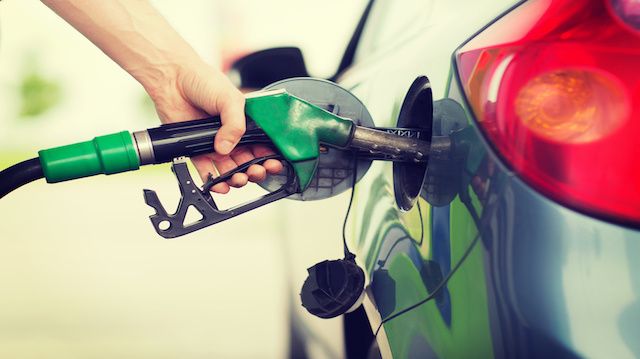 Who wants to go on a road trip? A new report says oil and gas will remain inexpensive for years to come.

The Organization of the Petroleum Exporting Countries’ (OPEC) 2015 World Oil Outlook claims that oil prices will stay below $100 a barrel until after 2040. This prediction was made by the 13-member cartel comprised of the oil-producing countries of Algeria, Angola, Ecuador, Indonesia, Iran, Iraq, Kuwait, Libya, Nigeria, Qatar, Saudi Arabia, the United Arab Emirates and Venezuela.

While the report may seem grim for oil-producing countries, OPEC predicts that the price per barrel will gradually increase as oil companies cut exploration spending, a move that will limit crude supply and drive prices up.

We’ve seen oil prices experience a bit of a rollercoaster ride since OPEC’s last report was published in November 2014. Prices fell from a little more than $80 a barrel in November to around $40 a barrel by January 2015. The first half of the year saw oil at about $65 a barrel, with another drop and several fluctuations in the third quarter.

“The supply and demand balance in 2015 has been one of oversupply, with stock levels rising to well above the five-year average,” according to OPEC’s report. Despite this, the cartel is optimistic that 2016 will bring significant economic growth around the world.

By 2020, OPEC expects the world will require 96.9 million barrels per day of crude oil while non-OPEC product will be required at a rate of 30.7 million barrels per day. OPEC also predicts that the non-OPEC fuel supply between the years of 2014 and 2020 will come mainly from the United States and Canada in the form of “tight crude and unconventional” natural gas liquids, that is, shale oil production. Latin America — namely Brazil — should also present some competition for the cartel. It is OPEC’s hope that demand for oil will increase with population surges over the next quarter century, thereby increasing the price per barrel.

In the past, we’ve seen falling oil prices during times of economic decline and recession. Current gas prices, however, aren’t necessarily related to the economy. Instead, we owe $2 per gallon prices at the pump to Saudi Arabia. In an effort to underprice and potentially kill the U.S. shale oil business, the Saudis are flooding the market with a cheaper product than that of its American competition. It seems to be working.

Not everyone agrees. In September of last year, Leonid Bershidsky of Bloomberg View wrote his take on the situation, titled, “Saudis Are Winning the War on Shale.” In his piece, Bershidsky compared the U.S. shale industry and the Saudis’ oil superiority to the story of David and Goliath. He predicts that the decline of shale oil output will continue.

Opponents of fracking, the process by which shale oil is procured, would be pleased to see the domestic shale oil industry decline to the point that it shuts down, but that’s not likely to happen anytime soon. As The Guardian reported this week, “U.S. oil production continues to rise, and the U.S. shale producers have shown that they cut costs like everybody else.”

Even adjusting for inflation, we’re likely to see oil at around $95 per barrel come 2040, OPEC predicts. That’s good news for our pocketbooks but bad news for the environment. If things continue on the current trend, nobody knows what state our environment will be in after 25 years of fracking.

The good news is, companies throughout the U.S. and the world are launching new alternative solutions to our energy needs. From biomass-fueled vehicles to wind farms, solar power and more, oil prices may matter less and less over the coming couple of decades. We can’t wait to see what’s around the corner for electric, alternative fuel and hybrid car technologies.

Do you think prices will fall even more before they come back up?