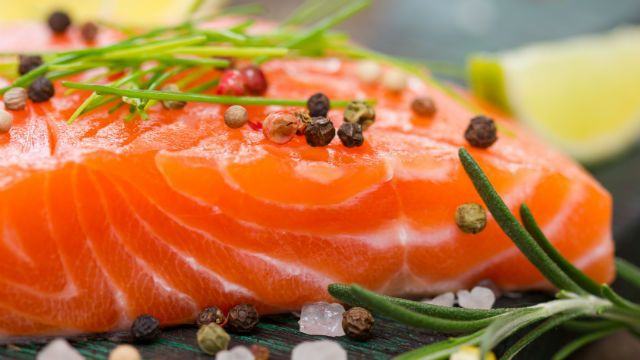 Signifying a huge landmark in the resistance against the looming approval of genetically modified ‘Frankensalmon’ in the United States, our two largest national grocery stores, Kroger and Safeway, have announced that they will not sell the salmon should it receive FDA approval.

Kroger is the largest grocery chain in the United states, with 2,424 stores nationwide. Safeway follows in second place with 1,406 stores. Many other grocers have publicly stated that they will not sell Frankensalmon, including Target, Meijer, Giant Eagle, Marsh and H-E-B. Three of the first retailers to refuse the salmon were Whole Foods, Trader Joe’s and Aldi, who announced their decisions last July.

To date, over 60 different food retailers have taken a stand against selling GM salmon, totalling over 9,000 stores across the US. Additionally, millions of people have protested the FDA’s consideration of the salmon in writing. The FDA, however, is still considering approving it, and states that it will likely not be labeled if it does hit the shelves.

As we reported in a previous article, the GM salmon in question are officially known as AquAdvantage, engineered by AquaBounty, a company based in Massachusetts. These salmon have had their growth hormone genes altered so that they grow to their full size in 18 months, instead of the natural three years. There is also concern by some experts that the salmon could interbreed with wild salmon if the small percentage of fertile specimens were to escape.

If the FDA does approve this fish, it could open the door for other genetically modified animals to be introduced into our food supply. There are currently at least 35 other species of GM fish in various stages of engineering – and this is a truly disturbing fact for many people who do not want GMOs in circulation, especially if they are not labeled.

Dana Perls, a food and technology policy campaigner with Friends of the Earth, says, “by making commitments to not sell genetically engineered salmon, Kroger and Safeway have joined the large number of grocery chains… that have wisely chosen to listen to the majority of consumers who do not want to eat genetically engineered fish. Now Costco, Walmart, Albertsons and other retailers need to catch up and provide their customers with what they want: natural, sustainable seafood that isn’t genetically engineered in a lab.”

The fact that America’s largest grocery chains have taken a stand against Frankensalmon is very encouraging. We hope that their refusal encourages the refusal of others, and that the FDA takes note and says no to this GM fish once and for all.