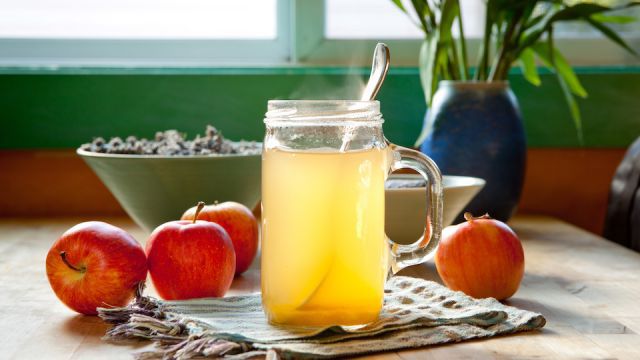 If you are like many people, you start your day out strong and ready to take on the world. Come mid-afternoon, however; it’s like you hit a brick wall. The zip drops out of your step, and the brain fog sets in. The midday blues, as some call it, come upon you like a rock making the last several hours at work seem like a lifetime. Some reach for a cup of coffee, while others go more hardcore with dangerous and unhealthy energy drinks. But, did you know that there is a more natural and helpful way to push through the midday?

Why we get tired in the midday

It seems to happen around 2:30 pm for most people and is sometimes called “that 2:30 pm feeling”. If you work in an office environment, you know that you are not alone when you and many of your co-workers are lining up at the espresso machine for a quick fix. Anything to revive your tired mind and sluggish body, right?

You can blame this measurable drop in energy and performance to your body’s natural sleep cycle. The human body is hard wired to become sleepy between 2 pm – 3 pm in the afternoon. Your internal clock is sounding the alarm for nap time, which you fight with all sorts of things like caffeine and supercharged energy drinks.

Lona Sandon, RD, MEd, a spokeswoman for the American Dietetic Association and an assistant professor of nutrition at the University of Texas Southwestern Medical Center on WebMD has this to say about the afternoon slump,

“There seems to be a natural rhythm or set clock in our bodies, so many people tend to feel a little sleepy around 2 or 3 in the afternoon. There seems to be something natural about this lull. Some cultures have the siesta, and people find that they’re more productive and better able to concentrate if they take time off after lunch and come back later.”

The body releases melatonin between 2 and 4 in the afternoon – this is a natural seep chemical that tells your body it is time to wind down and sleep.  Sleep expert Michael J. Breus, Ph.D., says this,

“It has to do with a dip in your core body temperature. Right before you go to sleep at night, your core temperature begins to drop, which is a signal to the brain to release melatonin. The exact same thing happens on a smaller scale between 2 and 4 in the afternoon. It’s a mini-signal to your brain to get sleepy.”

Simply put, when we wake up early, our body is ready for a rest by mid afternoon and it has no problem letting you know this by fogging up your brain and setting a blanket of exhaustion over you.

Some places in the world promote afternoon naps

In Spain, for instance, everyone goes home to bed for a spell after lunch and returns more productive than ever. Comparatively, most Americans are expected to push through the slump even if we started work at 7 am. For those who start even earlier, the lack of sleep adds up and can have dangerous health consequences.

Some places in America understand the value of a short catnap. The Huffington Post, for example, has installed napping pods where workers can recharge their batteries.

The ugly truth about energy drinks

According to the Food and Drug Administration, energy drinks (non-regulated because they are sold as dietary supplements) have so far been poorly studied for long term effects and actually contain some very potent substances that are dangerous on their own, and of high concern when mixed together.

Energy drinks contain 21 to 34 grams of sugar per each 8-ounce serving, which comes in the form of sucrose, glucose, or even high fructose corn syrup. The big problem arises when users down two or three energy drinks, or 120 mg to 180 mg of sugar, which is 4-6 times the maximum daily recommended intake. Some studies suggest that even his recommended intake limit may be too high.Mayo Clinic researchers say that healthy young adults who are not used to regular caffeine consumption, experience a concerning rise in resting blood pressure when they consume energy drinks.

In their study, researchers gave a can of a popular energy drink or a placebo drink to adults aged 19 to 40. Changes in heart rate and blood pressure were noted in each group 30 minutes after the consumption of their drink. Results were also compared between participants who drank the equivalent of one cup of coffee per day and those that drank more than one cup of coffee per day.

The all-natural alternative to energy drinks

If you are not fortunate enough to have access to a napping pod, you will do well to switch out your energy drink for this easy to make natural energy elixir.

Let’s start with hot water. We’re not talking about boiling hot water, so don’t feel like you need to burn your mouth. But warm to hot water actually has several benefits to it. First, it aids with digestion by helping to break down food easier. Cold water, on the other hand, tends to harden the oils that you’re eating, which makes absorption more difficult. Warm water also has a calming effect on the body and enhances your blood circulation. Finally, water is necessary to flush out toxins from the body.

Apple cider vinegar has been a popular addition to many people’s diets and lives. Consuming it before a meal will aid in digestion, helping those who suffer from low stomach acid. Apple cider vinegar also lowers blood sugar, which is especially helpful for people with type 2 diabetes. It is also said to reduce appetite; you’re likely to eat fewer calories during your meal.

For a third ingredient, we recommend raw honey. Honey has been touted as the ideal pre-workout food. As a matter of fact, it trumps other forms of carbohydrates because it also contains vitamins and protein. Thanks to its antioxidants, honey is also a great immune booster. This is especially important as the days get shorter and colder, and we are exposed to more cold viruses. Should you already have a sore throat, raw honey has been shown to relieve soreness and itchiness, particularly when combined with warm water.

Honey will provide hours of energy. Because it is sweet, it makes an ideal addition to your morning energy elixir. The combination of apple cider vinegar and raw honey is especially powerful. Even though they both have a low pH level, once consumed they turn alkaline and raise the overall alkalinity of the body, making you less likely to become ill.

Virgin coconut oil is all the rage nowadays, and there’s a good reason for it. The medium-chain triglycerides in coconut oil are easily absorbed. It is also low in cholesterol — as a matter of fact, it increases (“good”) cholesterol HDL. Plus, it has antibacterial and antifungal properties. The liver easily converts coconut oil into energy instead of storing it as fat. The fat contained in coconut oil provides a quick and lasting source of energy and boosts the immune system. Some studies have shown that it increases brain function and better memory. Plus, coconut oil will slow down the absorption of other nutrients, which means you’ll stay fuller for longer. Coconut oil is solid at room temperature, but it makes a great addition to a warm morning beverage once melted.

Finally, to add a little spice to the mix, use some cayenne pepper. Be very careful with this ingredient. Not all people should consume cayenne pepper before breakfast, especially if they know they have a sensitive gut. If in doubt, leave it out.

However, if you want to experiment with cayenne, start by adding very small amounts. Even a tiny dash adds a significant amount of spice to this elixir. Cayenne pepper provides vitamins B6, C, and E, and flavonoids, which contain valuable antioxidants. When consumed, it stimulates the production of saliva and the flow of enzymes, which are vital for proper digestion. Cayenne pepper helps regulate the circulatory system, as well. It opens capillaries and regulates blood sugar, relieves joint and nerve pain, and promotes weight loss, making it one of the key anti-inflammatory foods. It also controls appetite, which leads to the intake of fewer calories.

How to make the elixir

It is relatively easy to mix these ingredients together. The oil and honey will dissolve quickly in warm water, so simply use a spoon and stir everything. The coconut oil will want to separate from the water, so it may be helpful to use a blender to mix your drink. This will make the elixir more frothy, and it may go down easier if you have an aversion to drinking anything containing oil.

Consume this all-day energy elixir every morning and warm up a second cup at work to enjoy mid day. This concoction of five potent ingredients will provide valuable nutrients to your body. It will assist major organs such as your stomach, liver, pancreas, and intestines. Best of all, it will rescue you from the dreaded afternoon slump.