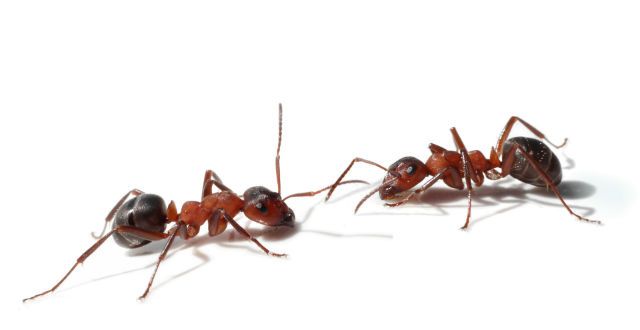 When considering new healthy snack and meal ideas, have crispy beetles or curried ant crumble ever crossed your mind? While the idea of eating bugs seems off-putting to many people in the West, about two billion people around the world dine on insects on a regular basis, and as a result enjoy a variety of health perks.

According to a new report published by the United Nations Food and Agriculture Organization, many parts of the world would be better off if we ate more insects. Not only do many insects provide healthy protein, fats, fiber, vitamins and minerals, they are more ecological to farm, as they do not require much feed, take up little space and emit less greenhouse gases than other animals (eg., cattle) raised for food.

The report also states another important benefit of eating insects as contributing to reducing insecticide use by harvesting the crop-consuming insects for food, instead of killing them via poisons and wasting this great protein source.

In the foreword, authors delineate that the report serves to “raise awareness of the many valuable roles that insects play in sustaining nature and human life” and “to document the contribution insects already make to diversifying diets and improving food security.” Currently, residents of 36 countries in Africa, 29 countries in Asia, 23 countries in the Americas and 11 countries in Europe enjoy insects as part of their diets.

While there are over 1,000 different species of edible insects eaten around the world, the following three are the most common, nutrient-rich varieties.

Beetles are some of the most protein-rich insects available, although their protein content varies depending on the type of beetle. For example, 100 grams of giant water beetle provides about 20 grams of protein, nearly as much as an equal-sized serving of cooked chicken breast. Many types of beetles are eaten around the globe, including june bugs, dung beetles, long-horned beetles, and palm worm beetles.

Besides protein, beetles contain the minerals calcium, iron and zinc. In Argentina, they are sometimes used in naturopathic anti-cancer remedies, and there have been manifestos of individuals enjoying better sleep, relief from headaches and improved libido after a regimen of these insects.

According to National Geographic, some Native American tribes used to fire-roast beetles and snack on them like popcorn. Giant water beetles are said to have a unique, fruity flavor, and lend themselves well to Thai dishes. Given this flavor profile and history, beetles may lend themselves well to a red or green curry dish, or roasted and served over a Pad Thai.

These ubiquitous critters, along with their relatives (crickets, locusts, etc.) are the most popularly consumed insects in the world. They are often snacked on lightly fried, or covered in chocolate. Grasshoppers are also high in protein (with a comparable quotient to that of beetles), and are a good source of calcium and iron. Grasshoppers and their cousins are neutral in flavor, and are good for soaking up the seasonings and flavors of other dishes.

Because of this neutral flavor profile, consider adding grasshoppers to stews, stir-fries and other strongly-flavored concoctions. The UN report recommends roasting grasshoppers and seasoning with soy sauce, garlic, onions and/or chiles.

Ants are said to have a mildly sweet, nutty flavor, contain more protein than eggs (about 14 grams of protein in 100 grams), and are high in calcium and iron (like most insects). Chocolate-covered ants are a common snack in insect-eating nations, so you could consider trying this in your favorite dessert – just be sure to use organic, raw dark chocolate to preserve the health benefits. Sweeten with organic coconut crystals or crushed stevia leaves.

For another idea, try roasting red ants in your favorite spices – maybe some cumin and coriander, or cayenne and organic chili powder, for those who like spice, and add them as a crunchy salad topping to your favorite salads. Instant, healthy, sustainable protein.