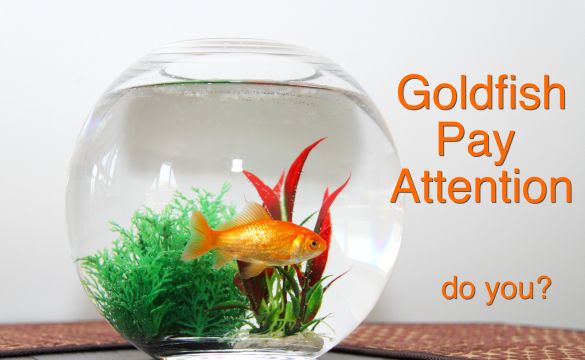 According to statistics, the attention span of humans was about 12 seconds back in the year 2000. Now with the continued popularity of technological distractions, our attention span has fallen even shorter.Researchers at Microsoft recently conducted a study on three types of attention: sustained, selective, and alternating.

· Sustained attention is keeping one’s focus on a singular task for a continuous period of time.
· Selective attention is related to how someone responds to disruptions from distractions.
· Alternating attention refers to the process of multitasking.

The participant group was made up of 2,000 Canadians. The subjects were asked to allow measurements to be taken of their brain electricity as they played games and took online surveys.

Researchers wrote, “Canadians [who were tested] with more digital lifestyles (those who consume more media, are multi-screeners, social media enthusiasts, or earlier adopters of technology) struggle to focus in environments where prolonged attention is needed.”

In other words, human beings are getting better at juggling multiple tasks at the same time but are worse at focusing on just one for a length of time. They concluded that the average human’s attention span is now eight seconds, while the average goldfish can pay attention for nine.

“Ten years ago, the only thing I checked was my phone and my one email,” says Dr. Larry Rosen, an expert in technology addiction and professor at California State University. “Now it’s a constant need to check in that’s causing our problem. It’s anxiety about not keeping up.”

Researchers concluded that the reason for the decreased attention span on a physical level was likely due to the brain’s ability to change over time, also known as neuroplasticity. 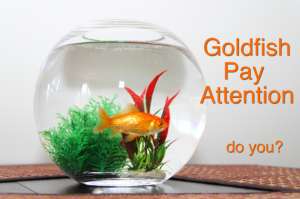 Technology has also become addicting
Technology has also led to the development of more addictive behaviors. A full three-quarters of people in the age bracket of 18 to 24 have said that checking their phone is the first thing they do when they have free time. For people over the age of 65, only 10 percent said the same thing.

All this time spent being engaged with digital devices is a real opportunity for advertisers to try to hook more customers.

“Since consumers turn to their secondary screens to fill in those in-between moments when they might otherwise drop off completely, they’re more engaged overall and already primed for immersive experiences,” said lead study author Alyson Gausby.

In a separate study by the National Center for Biotechnology Information and the National Library of Medicine in the U.S., it was discovered that 79 percent of participants regularly use portable digital devices at the same time as watching TV.