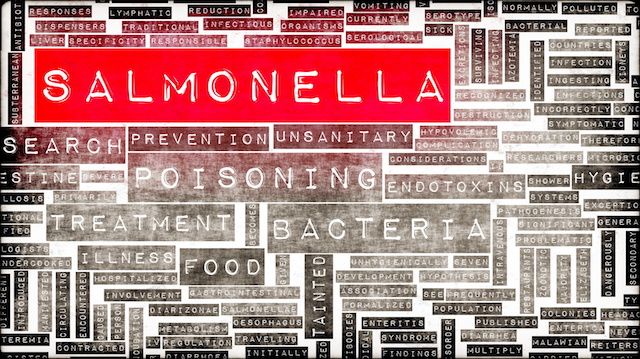 The Salmonella outbreak linked to cucumbers imported from Mexico has accumulated 767 cases, killed four people and hospitalized 157, according to the Centers for Disease Control and Prevention (CDC). It is possibly the worst Salmonella outbreak to date, and it’s not over yet. What can you do to protect yourself and your family? How do you know where to even eat these days? Well, there’s an app for that — and it’s been around for quite some time!

A recent Shigella outbreak at a seafood restaurant in San Jose, California infected over 90 people, according to the Santa Clara County Public Health Department, with 12 of the 90 in intensive care units. However, in an interesting turn of events, people took to social media to inform, and be informed, the very same day that state health officials issued a statement and shut down the restaurant.

Pauline A. Yelped, “PLEASE DO NOT EAT HERE!!!!” about Mariscos San Juan #3 restaurant after her family members were hospitalized due to the Shigella outbreak. She also wrote, “My sister-in-law … and brother-in-law along with his parents ate here Friday night and all four of them ended up in the hospital with food poisoning!!!”

Shigella signs and symptoms arise after one to two days of infection; these include diarrhea, dehydration and in some cases, death. There are more than 500,000 cases of Shigella reported in the United States annually, according to the CDC. Some health officials agree that social media review sites like Yelp could be beneficial in their research and investigations when a foodborne illness outbreak occurs.

One of the benefits of examining social media in food poisoning cases is that it may give health officials a clearer picture of the number of cases and the pattern of the outbreak. Many people who get food poisoning do not report it to a health-care professional — but they just might share their displeasure on social media.

A study published in Morbidity and Mortality Weekly Report (2014) examined thousands of Yelp reviews between 2012 and 2013 to distinguish their effectiveness in tracking foodborne illnesses. The study, conducted by state health officials and researchers at Columbia University, found three unreported outbreaks that were linked to 16 illnesses. The research spurred health officials to take notice, and they found health violations in the restaurants linked to the unreported illnesses. Researchers and health officials have also utilized social media outlets like Facebook and Twitter to examine foodborne illness outbreaks.

Should you browse Yelp and other social media outlets before your next dinner out? Probably, considering the rising number of food poisoning outbreaks recorded in the United States this year. Yelp could be a very useful tool for foodies and consumers to get up-to-date knowledge about the food they are about to eat.

There is a downside, however. There have been reports of Yelp officials offering restaurants the option of having their negative reviews taken off the site in exchange for some cold, hard cash. None of these accusations are verifiable, but it does make you wonder what they do with all that good blackmail material collected on Yelp servers throughout the years.

Will you be checking Yelp before your next restaurant meal?