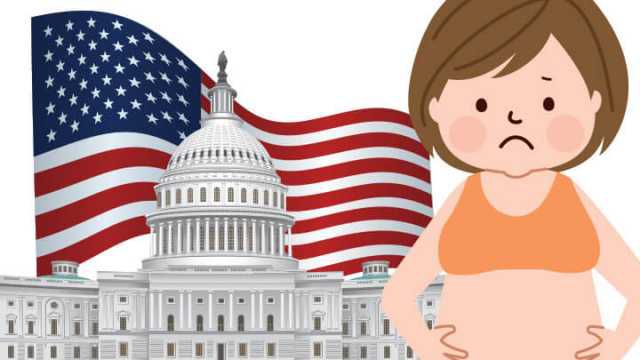 Americans have a growing problem — namely, their expanding waistlines. The government, Big Pharma and industrialized agribusiness are raking in big bucks by keeping people fat. What is behind their agenda? How do their imperatives put your health at risk? And what can you do about their unhealthy schemes? First, let’s take a look at three humongous reasons the government wants to keep you fat.

America’s agricultural system is predicated on maximizing crop yields at all costs. Pesticides, petroleum-based fertilizers and a lack of crop rotation may contribute to soil erosion, global warming and species depletion. But there’s no doubt that industrialized, genetically modified and chemically-laced agricultural practices do result in lots of surplus corn.

In fact, America’s farmers grow so much of the stuff that the government has to buy it — in the form of farm subsidies — just to keep corn prices from hitting bottom. The problem, of course, is what to do with this surplus commodity. It turns out that corn can be turned into a variety of products such as food additives, tortilla chips, flavor enhancers, high fructose syrup and preservatives.

None of this stuff is really good for you, of course. In fact, consuming large quantities of high fructose corn syrup — which is added to cereals, juice cocktails, sodas, junk food and processed meals — over a prolonged period is putting you at greater risk for obesity and diabetes.

2. Big Pharma is making a killing from diabetes medication 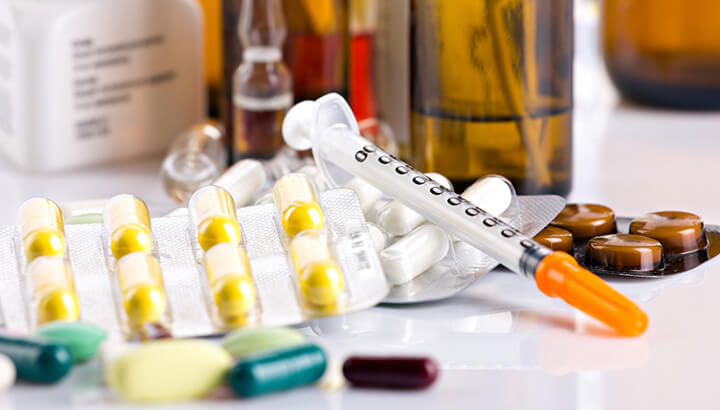 Rates of obesity and diabetes have skyrocketed in recent years as consumption of high fructose processed foods and empty calorie snacks have surged. Drug makers are profiting heavily (no pun intended) because factory farm products like corn syrup ensure that a record number of consumers will need prescription medication to manage their diabetes.

Type 2 diabetes can wreck havoc on the body. It occurs because constantly high blood glucose levels either wear out the pancreas, make the body insulin resistant or both. Elevated blood sugar also promotes inflammation, which can precipitate cardiovascular disease. As a result, diabetics are more prone to vascular disease, amputations and certain cancers.

There are certain things you can do to prevent or help reverse type 2 diabetes. To begin with, eating right (lots of fiber-rich raw fruits and vegetables), losing belly fat and regular exercise can improve your metabolism tremendously, which can cut your risk for obesity and diabetes substantially. In addition, studies have shown that organic coffee and green tea lowers blood glucose levels and boosts your metabolism, which helps counteract the belly fat accumulation that contributes to diabetes.

Adult-onset diabetes is usually a lifestyle disease, which can often be avoided by better choices. Doctors and pharmaceuticals, however, must love treating the condition. For example, in 2017, the market for prescriptions to manage diabetes is expected to reach more than $55 billion. In addition, the big three drug giants often jack up the price of these medicines multifold every year. It raises a question many people are asking: will there ever be a cure for a disease that is so profitable?

3. Big Pharma butters the bread of politicians that “serve” the people 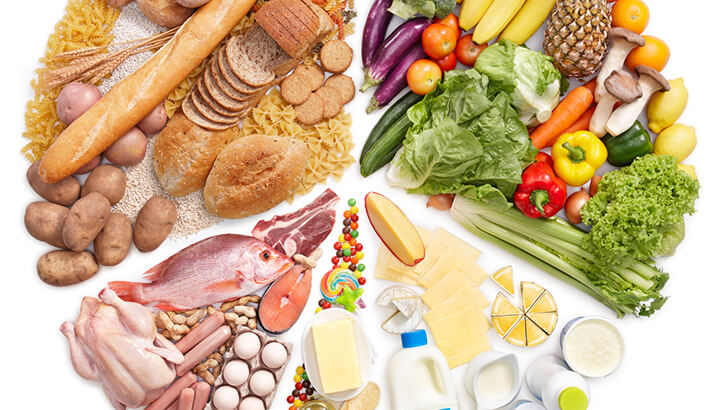 Ever wonder why the government dishes out bad dietary advice? Could it be that regulators and elected representatives just don’t have your best interests at heart? The USDA’s dietary guidelines are a recipe for making Americans fat, according to health and nutritional experts like Tom Naughton. As he notes, “the rise in obesity began around the same time the so-called experts began telling everyone to cut back on fat and eat more carbohydrates.” It turns out, the saturated fats the government has been telling us to avoid are good for our metabolism and the carbs they’ve been promoting get converted into toxic blood glucose.

A lot of Americans are stuck in a vicious cycle. They consume way too much factory-food, which increases their girth and their blood sugar. As a consequence, they end up forking over lots of money to pharmaceutical giants for medicines that they become dependent on. Government leaders are part of the cycle too, only it’s something of a virtuous cycle for them. For instance, they rake in campaign contributions from drug makers. And, in return, they vote against legislation that might lower the price of prescription medications.

Of course, politicians also appoint bureaucrats and regulators who generally defer to the interests of industrialized agriculture, who happen to be major donors as well. No wonder an increasing number of Americans seem to be getting fatter, unhealthier and poorer as corporate profits grow increasingly heftier.

What can be done?

Industrial agriculture, crummy food options, and the government’s defense of entrenched interests can seem disheartening. However, there are positive choices people can make to take back their health. For example, I talked with Amy Kalafa, a nutritional expert and health advocate who is the author of Lunch Wars, a book about how school menus have been making kids fatter. I wanted to gain some insight about how industrial agricultural practices are making us less healthy. She explained that “While it is commonly known that processed foods — which are high in saturated fats, salt and sugar — are major contributors to our global obesity crisis, the health impact of conventional farming is less known.”

However, she notes that “Chemical fertilizers, herbicides and pesticides rob the soil of precious micronutrients. Food grown on conventional farms has lower nutritional value than food grown in healthy, organic soil. For example, you would need to eat about five conventionally grown apples or 10 conventionally grown potatoes to get all of the equivalent nutritional value of one sustainably grown apple or potato. We experience nutritional craving as hunger. So, it’s not surprising that people today eat more. Food from sustainable farms costs a bit more. But, in the long run, it saves us money because we need to eat less and we reduce our health care costs immensely.” 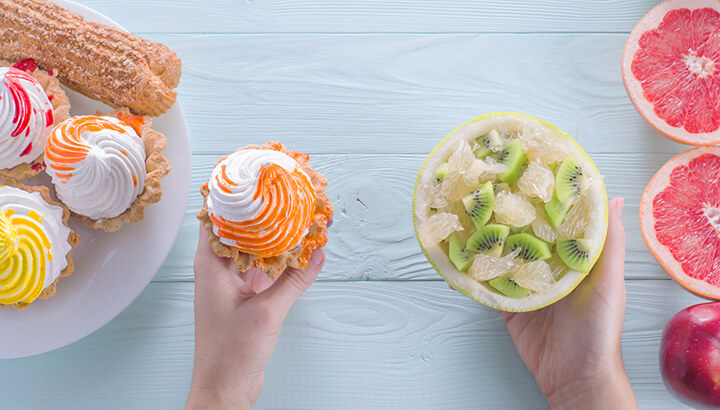 I believe Kalafa has identified a major problem with our society’s approach to food. Often, we crave too much of the wrong food because it is loaded with substances that provide a short-term jolt. But because such fare is devoid of real nutrition, we feel empty after eating it. As a result, a vicious cycle feeds on itself.

I asked Kalafa, specifically, how women could help reverse some of these negative food trends.  She said, “Women still perform the majority of food shopping and meal decisions for families. The organic food sector is the most rapidly growing sector of the food industry. Choosing organic and locally sourced ingredients and patronizing markets and restaurants that do the same shifts the overall economy in that direction. As supply and demand increase, prices will come down as well.”

Very often, an unhealthy status quo can seem too entrenched to do anything about it. However, Kalafa provides an encouraging example that shows when people are fed up (no pun intended), real change is possible. She helped start a homegrown movement called Two Angry Moms, which is calling attention to the unwholesome food policies that local, state and federal authorities often foist upon school kids.

As Kalafa elaborates, “I became a fair food activist because of my own food sensitivities and because of the harm I saw as a consequence of poor and misguided food offerings in schools and most everywhere else. I’ve learned that you can make a delicious and healthy pizza. Cupcakes too. More important is to explore and learn about all the other tasty and satisfying foods. Do this by growing your own, shopping and preparing meals or just simply trying new things wherever you go. Educate yourself by reading labels and avoiding foods with ingredient names that you don’t understand. Know your food!”

Food activists like Kalafa show that good things can happen when people demand healthier food options. Indeed, there is a better way. For instance, check out Michael Pollan’s discussion of sustainable farming. You’ll learn how the right agricultural practices can increase species diversity, renew topsoil, combat global warming and improve the quality of our nation’s food supply so that people stay slimmer and healthier.

Sustainable farming reflects a synergistic balance between species that both compete and cooperate with one another. It’s an ecosystem that inspires awe and promotes health across the board. Unfortunately, an ecosystem composed of factory farms, self-serving politicians and greedy pharmaceuticals is consumed with a different agenda — fattening consumers so they can feast on the profits.