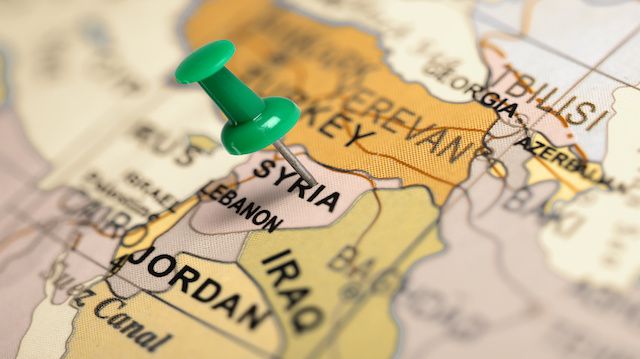 On Friday, November 13, 2015, the world stood still for a moment when Paris experienced some of what we, in the U.S., suffered on 9/11. In the days that followed the Paris attacks, as the sirens began to fade — and raids began — we learned that one of the attackers carried a Syrian passport. Predictably, all the focus went to one man. Presidential candidates are stoking the flames of fear, and states are now trying to limit the immigration of Syrian refugees in a completely misguided attempt to curb terrorism, which plays into the very fears that terrorists exploit.

To understand what’s going on with the Syrian refugees, we have to back up and start from the beginning. Since 2011, Syria has been in turmoil. Peaceful protests during that year quickly devolved into insurgency and civil war — a civil war that’s also a religious war and a Cold War-esque proxy war.

Like most civil wars, the Syrian government and a band of rebels are fighting one another. The Syrian government is backed by Russia, Iran and Hezbollah, while the rebels are backed by a United States-led coalition, Turkey and the Gulf States. There’s also a religious sectarian war between the Shiites and the Sunnis going on — with the Shiites teaming up with Iran, Syrian President Bashar al-Assad and Hezbollah and the Sunnis backed by the Gulf States and the rebels. Confusing, right? To further complicate things, the proxy war involves Russia backing Iran in its support of the Syrian government and the U.S. backing the rebels in their fight against said government. Students of, and people who lived through, the Cold War will notice the similarity of many of the conflicts during the mid-twentieth century between the U.S.S.R. (now Russia) and the U.S. It’s just the latest way for Russia and the U.S. to fight each other without actually fighting.

In 2011, a group of young adults was arrested and mistreated for writing anti-Assad graffiti in the city of Deraa. As The Atlantic explains, “The protests started after two Arab dictators, in Tunisia and Egypt, had already stepped down amid pro-democracy demonstrations in their countries.” Freedom of speech — a right we enjoy in our democratic nation — was now a crime if used against the establishment.

It’s not hard to understand why so many Syrian civilians want to get the heck out of Dodge in the wake of all that mess. We’ve seen heartbreaking reports of families crossing hundreds of miles of land and sea, with literally a handful of items to their name, to get somewhere safer. I don’t need to go into detail about the horrifying conditions and the lengths that people have gone to in order to free themselves from that part of the world. Why would we shut these people out?

The attacks on Paris were terrible. I was sitting at dinner on the evening of November 13, 2015, helping my ten-year-old understand what was going on, and I know I wasn’t the only parent to do so. It was scary for most of us, and it became very easy to fall into the trap of asking, “What if that happens to us?” Of course, this is exactly the reaction that the terrorists aimed to incite. To make matters worse, when French forces began sifting through the debris in the days that followed, one of the attackers was found to be in possession of a Syrian passport. The fact that it was a fake passport has been lost on a number of American politicians, who see the Paris attacks and the Syrian refugee situation as an opportunity to exploit Americans’ fears in the months before the presidential election.

Shutting the door on refugees

Despite the fact that we’ve been through the states’ rights versus national law debate time and again, we have several fearful leaders who are advocating shutting our doors on Syrian refugees. Governors from several states have said that they won’t allow Syrian refugees into their states. Others, like Ted Cruz, are suggesting that we only let Christian Syrians into the U.S.

“When I hear political leaders suggesting that there would be a religious test for which [a] person who’s feeling from a war-torn country is admitted when some of those folks themselves come from families who benefited from protection when they were fleeing political persecution, that’s shameful,” said President Obama. “That’s not American.”

Preach it, Mr. President! “Slamming the door in the face of refugees would betray our deepest values,” he tweeted, not to mention that it goes against the spirit of the First Amendment, which protects freedom of religion, freedom of speech, of the press, the freedom to peaceably assemble, and the freedom to petition the government when needed.

Refugees aren’t terrorists and terrorists aren’t refugees. While it’s true that terrorists could pose as refugees, they’re not the same thing. And to suggest that they are is a fallacy of such significant proportions that it could mean people’s lives. 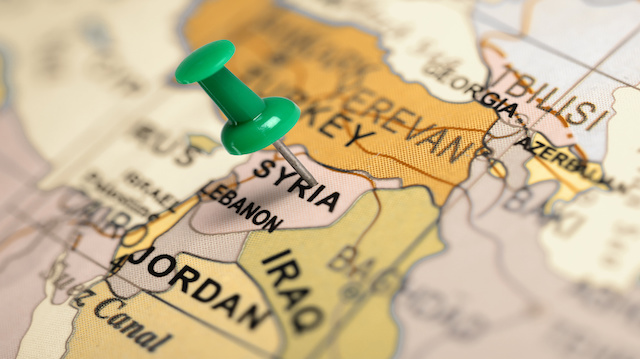 Syrian refugees are people who are fleeing violence that has claimed more than 240,000 lives, including 12,000 children. And now they’re finding it harder to find a place to go because one evil man had a fake Syrian passport — never mind the fact that the rest of the attackers were Europeans.

Refugees have watched as their country has fallen apart. They no longer have access to any health-care or educational institutions whatsoever. The economy is simply gone. People are without homes, food or other support in Syria, so they’ve done the only thing they can do: leave.

Isn’t it possible — dare I say likely? — that the terrorists wanted to prevent the emigration of refugees from Syria, to further wage war on this oppressed group of people? Isn’t it possible that a Syrian passport was carried by a terrorist in the Paris attacks specifically for this reason?

“Give me your tired, your poor,
Your huddled masses yearning to breathe free,
The wretched refuse of your teeming shore.
Send these, the homeless, tempest-tossed, to me:
I lift my lamp beside the golden door.”

… unless you’re a presidential candidate, and the homeless, tempest-tossed, tired, poor people yearning to be free happen to be from Syria!

What are presidential candidates saying?

If you haven’t tuned into the rhetoric that some of the presidential hopefuls are using to fight against the Syrian refugees, here’s a quick overview:

Shame on you, Ben Carson, for referring to Syrian refugees as rabid dogs. Shame on you, Donald Trump for advocating a database of all U.S. Muslims. Shame on you, Ted Cruz for promoting an atmosphere of fear. I seem to remember another political leader that advocated such registration and used such hate to describe another group of people. His name was Adolf Hitler.

I have to give props to Jeb Bush, though. In response to Trump’s outlandish, horribly racist statements, Bush said, “You talk about internment, you talk about closing mosques, you talk about registering people. That’s just wrong.”

Indeed something must be done to help Syrian refugees, and although I don’t have a solution, I do know the answer doesn’t involve turning our backs on people fleeing horrific, life-threatening situations. The answer isn’t registration for peaceful American citizens and racism against an entire group of people. The answer isn’t hatred.

What are your thoughts on the Syrian refugee situation?