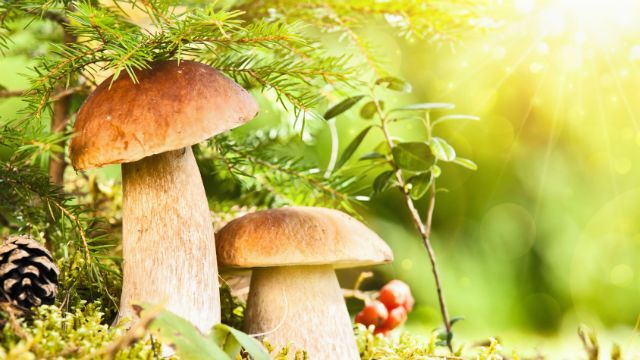 We often hear that we should never eat mushrooms that we find in the wild, because they could be toxic. This is true – there are wild fungi that can be quite hazardous to our health. However, some researchers that are taking this type of fungi and putting it to the test to see if it actually has potential in fighting against some of the deadliest diseases known to man.

Conditions like cancer take the lives of hundreds of thousands of people per year, but some scientists think that certain types of fungi may be able to stop this.

Looking at the research

According to recent research, some poisonous fungi have an enzyme that results in their being lethal when humans consume them. Scientists are looking at this enzyme to see if they can target it to specific diseases and conditions.

For example, they are working to create variants to see if they can use the enzyme to target cancerous tissue and kill it. The enzyme does have missile-like proficiency, so the initial research is very promising.

The scientists state that mushrooms themselves are like tiny factories for chemicals, but of all of their peptides, only a small amount are actually poisonous. The toxins that are harmful to human health have the ability to survive the acids involved in the process of digestion and the heat required for cooking.

These characteristics are a good thing, because for a medicine to be effective, it must possess both of these. The hope is that the toxins can be removed and used as a delivery method for medicines so that they can precisely hit their target, such as a tumor, and work toward curing the disease without causing side effects.

The creation of more variants is the primary obstacle that scientists are looking to overcome with this research. When it comes to biological research, a primary focus is trying to understand how disease and genomic variation are related.

By creating more variants, the scientists performing this research will be able to test them against cancer, bacteria and a wide array of other medical targets. This is what will help them to determine if the fungi has potential in treating the diseases.

At this time, the scientists have created approximately 100 variants that they can use to test against medical targets. However, their goal is to create millions, so that they can use the variants to determine if poisonous fungi actually does have a place in medicine as a treatment or cure for one or more deadly diseases and conditions.

The biggest challenge will come when scientists start to look at the next stage of research. This involves taking the variants and testing them against cancer and other such diseases. The screening process will also present with some challenges. Despite all of this, however, scientists are confident that the research will go further.

What the results will be is still a mystery, but the preliminary research is very promising.