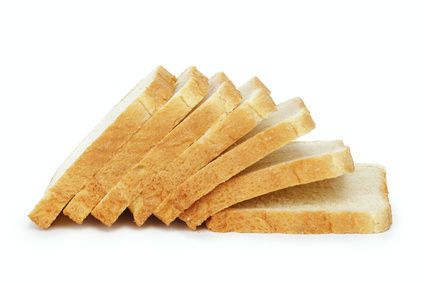 Just as certain foods are bad for our bodies, there are foods that wreak significant havoc on the health of our planet. As it turns out, many of the foods that are bad for us are also bad for the Earth.

The following are the top 6 offenders when it comes to the health and well-being of planet Earth:

Fast food establishments use a staggering amount of packaging – straws, wrappers, boxes, bags, plastic cutlery, packaged condiments, napkins… the list goes on. While much of this is made from recyclable materials, that does not necessarily mean that franchise workers – or franchise visitors – actually recycle it.

The organization Californians Against Waste reports that a 2012 examination of fast food waste in Austin, Texas showed that 85 percent of what was thrown in the trash could have been recycled, or added to compost. This problem is by no means limited to Austin.

Additionally, researchers in Hong Kong found that the greenhouse gas emissions that result from manufacturing fast food cheeseburgers for one year paralleled the emissions produced by between 6.5 and 19.6 million sport utility vehicles.

Like fast foods, processed food items use a huge amount of packaging, both paper and plastic, that is usually thrown in the trash. A large amount of these foods also contain palm oil, which is contained in an estimated 10 percent of all groceries sold in the United States. In order to produce palm oil, about 30 square miles of forests are destroyed each day in Indonesia and Malaysia, where 85 percent of the world’s palm oil comes from.

Along with trees and plant species, hundreds of species of animals lose their homes. The manufacturing of palm oil is the world’s largest cause of deforestation, and puts our precious rainforests in jeopardy.

On top of that, the manufacturing procedures needed to produce processed food items use up a great deal of energy, and release numerous chemicals into the atmosphere, and eventually into landfills.

The long-term effects of GMOs on the environment are largely unknown, and a cause of great concern to many. What we do know in the short-term is troubling enough. As we have seen in the news in the last year, GMO plants occasionally turn up where they were not intended to be, from the wheat fields of Oregon to alfalfa crops in Washington.

It has become increasingly clear that the modified seeds are impossible to contain completely, and the appearance of GMOs among naturally-grown crops ruins the integrity of the entire crop. This is especially true of organically-grown produce.

Certain crops that are altered to be pesticide resistant may actually increase our nation’s use of pesticides, as insects become accustomed to them and develop resistances. These pest-resistant crops also interfere with the food chain, as more animals eat the plants than the insects that they are engineered to deter (which themselves serve as a food source for other species).

A 2004 report by the World Wildlife Fund states that sugar may be at fault for more loss of biodiversity than any other crop. Each year, 145 million tons of sugar are produced around the world, and besides taking its toll on our health, it is taking its toll on the Earth.

The World Wildlife Fund summarizes, “the cultivation and processing of sugar produce environmental impacts though the loss of natural habitats, intensive use of water, heavy use of agro-chemicals, discharge and runoff of polluted effluent and air pollution. This leads to the degradation of wildlife, soil, air and water where sugar is produced and of downstream ecosystems.”

The processing and refining procedure to turn wheat flour into white flour takes its toll on the environment, in both energy and resource usage, as well as the release of chemicals. During processing, the flour is bleached with benzoyl peroxide, potassium bromate or chlorine dioxide gas.

All three of these chemicals can be fatal to humans and animals if swallowed, and can also be damaging to organ systems if inhaled in large enough concentrations, or come in contact with skin. Benzoyl peroxide has links to low plant growth rate in exposed soil and chlorine dioxide is both a disinfectant and a pesticide.

The corn monocultures grown to produce high fructose corn syrup are usually genetically modified, and are not rotated with other crops, which depletes the nutrients in the soil. Not rotating crops also means more fertilizer, herbicides and pesticides will likely be used on the corn.

One herbicide that is commonly used on corn crops, atrazine, was found to alter the hormones of exposed male frogs so dramatically that 75 percent of them became unable to reproduce, and 10 percent actually turned into females, according to a 2010 study by the University of California, Berkeley.

Approximately 80 million pounds of this Syngenta-produced herbicide are used each year in the United States, primarily on corn and sorghum crops. Creating this dramatic of an imbalance in the sexes of frogs could potentially wipe out frog populations that suffer enough exposure.

As detailed above, consuming these 6 foods creates a great strain on our planet, and every one of them poses potential threats to human health, as well. The best choice for the health of our Earth – and our own health – is to eat whole, organic foods, and ditch the processed and manufactured stuff entirely.