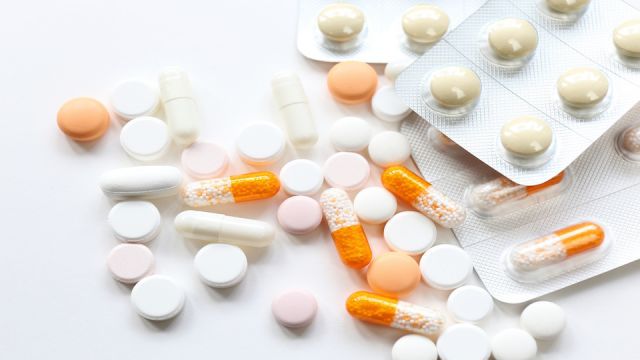 You’ve most likely been subject to the placebo effect at various times in your life, without even realizing it. Think about it, when you were a kid and would fall and scrape your knee, something about your mom kissing it and saying it was “all better” would immediately cause you to stop crying and the pain to decrease. Of course, your mom’s saliva didn’t have some magical healing properties that numbed the pain. You simply believed in it.

But what would you say if I told you that you could potentially experience the same results even if you know you were taking a placebo? This new form of scientific and medical experimentation known as open-label placebos has had promising results and could alter the future of medicine.

What exactly is a placebo?

Commonly, a placebo is something that the administrator knows to be useless. For instance, a sugar pill, saline injection, or simple lotion. The patient is told that it will help with whatever ailment they are experiencing.

Placebos are usually given in a clinical trial and studied against some drug or remedy. The results are then formulated depending on the effectiveness of the actual healing substance compared to the placebo. Unfortunately, these results are often skewed due to what we know of as the “placebo effect.” The placebo effect causes test subjects to experience a noted decrease in their symptoms, merely because they think they are getting some sort of medication and expect it to work.

Though they do work to reduce some symptoms, placebos have long been confined to the medical labs and testing facilities of research scientists since a doctor couldn’t ethically say that a patient was receiving treatment when it was merely a smokescreen. Of course, it stands to reason that if the patient were told the treatment was fake, they would have no positive reaction. In fact, this may not be the case. Research into this fascinating concept known as open-label placebo has led to promising and intriguing discoveries.

What is an open-label placebo?

Dr. Ted J. Kaptchuk, a professor of medicine at Harvard Medical School and director of the Harvard-wide Program in Placebo Studies and the Therapeutic Encounter (PiPS) at Beth Israel Deaconess Medical Center in Boston has been studying placebos for 20 years and is the forerunner of open-label placebo testing.

One particular study showed incredible results. In this study, Kaptchuck gathered a testing group of 80 volunteers with the uncomfortable and sometimes debilitating condition of irritable bowel syndrome (IBS). Half of the participants were told they were getting an open-label placebo and were informed about the positive results that have been documented even by those who knew they were receiving phony medication. They were told to take the pill regularly and come back in two weeks. Not only did the scientists make it clear in the lab that the “medication” was a placebo, but it was also printed on the label. The other half of the participants got no medication at all.

Astonishingly, there was a dramatic improvement after just a few weeks in the placebo group’s IBS symptoms, even though they clearly understood that the “medication” they were taking had no medical benefit whatsoever. The group that received no placebo reported unchanged symptoms.

Kaptchuk explains that open-label placebos would only work for people with symptoms that are considered self-observed such as fatigue, pain, nausea, and discomfort. Obviously, a placebo pill wouldn’t work to lower cholesterol, cure cancer, or speed healing of damaged ligaments or bones. He went on to say, “People can still get a placebo response, even though they know they are on a placebo. You don’t need deception or concealment for many conditions to get a significant and meaningful placebo effect”

Though this research is promising and could pave the way for clinical use of ethical placebo, Kaptchuk warns that is was a limited study and is merely a flagship test to determine the proof of concept. He hopes to inspire more studies with longer time frames and larger groups of people for definitive analysis. “Nevertheless,” said Kaptchuk, “these findings suggest that rather than mere positive thinking, there may be significant benefit to the very performance of medical ritual. I’m excited about studying this further. Placebo may work even if patients know it is a placebo.”

“Our hope is that in conditions where the open-label placebo might be valuable, instead of putting people on drugs immediately — for depression, chronic pain, fatigue — that people would be put on placebo,” says Kaptchuk. “If it works, great. If not, then go on to drugs.”

This revolutionary placebo research could completely change what a visit to the doctor entails.

What do you think? Would you ever try an open-label placebo? Let us know in the comments below!